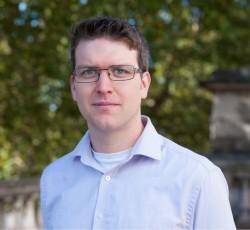 King’s College and the Washington Library are proud to announce Angel Luke O'Donnell as the third King's College-Georgian Papers Fellow. O'Donnell is a member of the Liberal Arts department at King’s College London. He is excited to visit Mount Vernon because both the library’s resources as well as his month in residence will be invaluable in completing his book manuscript “Printed for the Consideration of the People”: Cheap Print, Popular Politics, and the 1776 Pennsylvania State Constitution. The book analyses how print technology facilitated popular practices that led to the 1776 Pennsylvania State Constitution. The book assesses the effect of communication technology on government, focusing on the politics made possible by the printing press. Alongside writing the book, the fellowship is also a chance to visit Mount Vernon as a historic site of public interest. His next project is ‘A History of Mortgages: Industrial Investment Before Capitalism, 1690 - 1819’ which examines the role of mortgages as a secure credit line for the entrepreneurs who industrialised America. As such, the fellowship will be a fantastic opportunity to understand Mount Vernon’s approach to the role of heritage sites. Mount Vernon is a pioneering institution for historic preservation and has a huge number of lessons to impart about engaging researchers of all levels with resources on the estate. Overall, Angel believes the fellowship will be immeasurably helpful for his own research, and is confident that what he learns at Mount Vernon will also help me contribute more to the King’s community generally and the Georgian Papers Programme specifically. 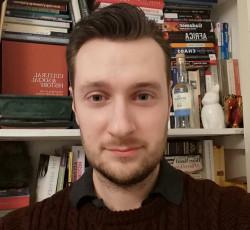 King’s College and the Washington Library are proud to announce Dr. James Fisher as the second King's College-Georgian Papers Fellow. His research topic is titled, George Washington and the Transatlantic Circulation and Reception of Agricultural Literature and Knowledge. This project will use George Washington as a special case study of an eighteenth-century gentleman reader of British agricultural literature. Using Washington’s collections, it seeks to trace the flow of knowledge from published book, to notebook, to farm practice – then back again into written records and correspondence. It builds directly on my recently completed thesis: a systematic study and reinterpretation of British agricultural literature over the long eighteenth century. His research draws attention to the processing of codifying knowledge into books, the tensions between theory and practice, and the social dimension of how knowledge was distributed with respect to the division of labour. The aim is to contribute to our understanding of the problems arising from the transplantation of British agricultural knowledge to the American soil, climate and economy (e.g. from managing wage labour to slave labour); attitudes towards the expertise of British agricultural authors in comparison with alternative sources of knowledge; and the intellectual practices of the gentleman ‘book-farmer’ on both sides of the Atlantic. 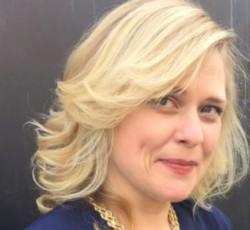 King’s College and the Washington Library are proud to announce Dr. Zara Anishanslin as the third Mount Vernon-Georgian Papers Fellow. Anishanslin will research her next book, Revolutionary Things: Material Culture and the American Revolution, 1763-1788. Revolutionary Things narrates the history of how supporters of the American cause—on both sides of the Atlantic—used material and visual culture to organize protest, incite rebellion, wage war, and build a nation. Following the evidentiary trail of objects and images, and drawing upon fields of military, art, political, women’s, and cultural history, this interdisciplinary work ranges from the streets of colonial Boston to the court of King George III, and from bloody battlefields to George and Martha Washington’s bedroom at Mount Vernon. At Mount Vernon and the Washington Library, Anishanslin will be researching wartime material culture related to the Continental Army, to George and Martha Washington and Washington’s enslaved valet, William Lee, and postwar objects, including commemorative prints and portraits by pro-American English painter Robert Edge Pine. While at the Royal Archives and King’s College, she will examine archives, art, and material culture related to King George III and Queen Charlotte, as well as a number of American patriots who were temporary Londoners, including poet Phyllis Wheatley, painter-soldier Prince Demah Barnes, sculptor Patience Wright, and prisoner in the Tower of London Henry Laurens. Anishanslin uses objects to cast new light on familiar events and narrate the histories of people—women and men, enslaved and free, patriot and loyalist, European and American—who made and encountered revolutionary things. 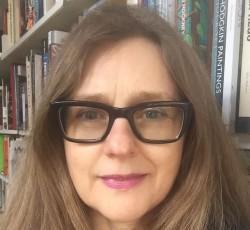 King’s College and the Washington Library are proud to announce Dr. Jane Levi as the first King's College-Georgian Papers Fellow. Her research topic is titled, Food & Family Values: From Farm to Table in the Georges’ Households, 1760-1820. This project will compare the food produced, cooked, served, and consumed in the households of George Washington and King George III (as well as his son, the notorious gourmand Prince Regent). Using supply records from the kitchens, gardens and farm estates, menu books, personal papers, and other evidence in both archives, it will build a picture of each household economy and the social distinctions revealed in the food served to family, friends, servants, and slaves. By building a detailed comparative picture of public and private food habits and attitudes in these leading households on both sides of the Atlantic, the research will embellish understanding of the similarities and differences between the old and new worlds, their culture and society in the Georgian period. 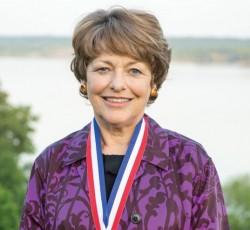 King’s College and the Washington Library are proud to announce Flora Fraser as the second Mount Vernon-Georgian Papers Fellow. At Windsor Castle, Flora will use the Cumberland and Stuart Papers to piece together the narrative of Flora Macdonald, who secured Charles Edward Stuart safe passage to Skye in 1746 and who subsequently emigrated to North Carolina. Flora will also use the resources at the Washington Library to examine Washington’s gradual shaping of American prisons and his edicts regarding loyalist civilians. This research will go towards her book project In Search of Flora Macdonald (1722-1790): Her Life in Skye and the Western Isles and, as a Highland Emigrant, during the American Revolution. Flora will also use resources at Windsor and the Washington Library to explore the career of Horatio Nelson for her other book project Lord Nelson of Burnham Thorpe, the Nile and Trafalgar: The Life on Land and at Sea of Horatio, Viscount Nelson (1758-1805). 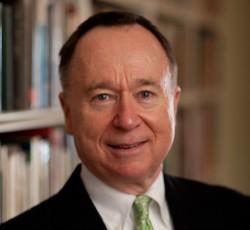 King's College and the Washington Library are proud to announce Dr. Bruce Ragsdale as the first Mount Vernon-Georgian Papers Fellow. He is working on a book project entitled George Washington at the Plow and used the fellowship to research connections between the agricultural improvement projects of George Washington and those of George III. He also explored the British models that inspired Washington's reorganization of farming at Mount Vernon. Dr. Ragsdale has served as director of the Federal Judicial History Office at the Federal Judicial Center and as associate historian of the U.S. House of Representatives. He is author of several works on Washington’s agricultural and commercial enterprises and on the revolutionary era in Virginia. Dr. Ragsdale was a member of the Library's inaugural class of fellows.