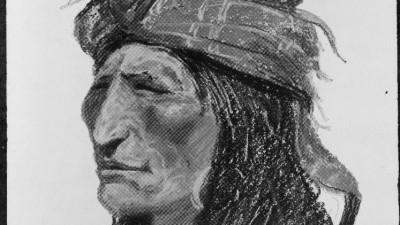 The Creek or Muscogee Nation (Este Mvskokvlke) is a modern, federally-recognized Native American tribe in the United States.

Amongst George Washington's contributions to the burgeoning American Republic included presiding over?

Benjamin Bache is regarded as one of the fathers of the American tradition of the ideological and partisan political press.

A nation of native North Americans, the Cherokee have a long connection to the present-day eastern and?

The Creek or Muscogee Nation (Este Mvskokvlke) is a modern, federally-recognized Native American tribe in the United States.

Department of the Treasury

Edmond Charles Genet was a French diplomat sent to the United States during George Washington's first term as president in 1792.

Edmund Randolph pursued a career in law, served as an aide-de-camp to General George Washington in 1775, and later had an extensive political career.

After taking the oath of office on the portico at Federal Hall in New York City on April 30, 1789 before?

On January 8, 1790, President George Washington delivered the very first Annual Message to a Joint Session of Congress (now known as the State of the Union address), in the Senate chamber of Federal Hall in New York City. The address fulfilled Article II, Section 3, Clause 1 of the U.S.

The “Genet Affair,” also known as the French Neutrality Crisis, was a diplomatic incident that occurred during George Washington’s second term as President of the United States. The debate centered around whether the United States should intervene in the French Republic’s war with Great Britain and what constituted “neutrality” under young American laws.

George Washington and the Supreme Court

Article III of the Constitution specifically called for a Supreme Court and other inferior courts as Congress saw fit to establish. Once the new federal government began operation in the spring of 1789, the Senate immediately set to work drafting the legislation to create the federal judiciary.

In 1796, as his second term in office drew to a close, President George Washington chose not to seek re-election. Mindful of the precedent his conduct set for future presidents, Washington feared that if he were to die while in office, Americans would view the presidency as a lifetime appointment. Instead, he decided to step down from power, providing the standard of a two-term limit that would eventually be enshrined in the Twenty-Second Amendment to the Constitution.

The fourth president of the United States, James Madison, Jr., was born on March 16, 1751, in King George?

Born in 1735 to a Braintree, Massachusetts farmer and cobbler, John Adams was one of the most influential?

An important Federalist figure during the early days of the American republic, John Jay was also a close?

During George Washington's presidency, receptions and other social gatherings that he and his wife, Martha Dandridge Custis Washington, hosted were usually called "levees." In part because this word previously referred to receptions at a king's court, the Washingtons' gatherings were controversial. A notable first attempt to establish ceremonies and etiquette for the American republic, Washington's levees undermined his reputation in the eyes of many citizens in the politically volatile 1790s.

When George Washington arrived in New York City in April of 1789, his task was clear: he needed to invent the American presidency. The means of achieving this, however, were undefined. Washington's challenge and dilemma were in setting precedents in almost every political and social aspect of the new office.

Martha Washington During the Presidency

Just as her husband realized that his every action might set a precedent for future presidents, so was Martha aware that her behavior as first lady would become the template for the wives of future chief executives.

Learn more about President George Washington's interactions with the Kingdom of Morocco.

Born on March 28, 1744, Moses Seixas was a first generation Jewish-American whose parents migrated from?

Writing in the first issue of the National Gazette published on October 31, 1791, editor Philip Freneau?

On April 22, 1793, President George Washington issued a Neutrality Proclamation to define the policy of the United States in response to the spreading war in Europe.

George Washington went on his New England Tour from October 15 to November 13, 1789, during the first Congressional recess under the new federal government. He travelled from New York City, then the capital of the United States, through Connecticut, Massachusetts, and New Hampshire. He visited nearly sixty towns, stopping along the way to visit factories, talk with farmers, and partake in celebratory festivities. From Washington’s perspective, it was a fact-finding and promotional tour; from the perspective of the people he visited, it was both a chance to celebrate and to advise their new president.

Noted as one of the most influential architects and city planners in American history, Pierre “Peter” Charles L’Enfant is most famous for designing the nation’s capital, Washington, D.C.  Though today he is commonly referred by his French birth name, Pierre, L’Enfant referred to himself as “Peter,” the anglicized version of his name, after coming to America to fight in the Revolutionary War.1

George and Martha Washington paid close attention to entertaining during the presidency.

On the afternoon of April 30, 1789, George Washington stepped out onto the balcony of Federal Hall in?

In preparation for Washington's arrival in New York, Congress quickly moved to select a dwelling suitable for the first President and to furnish it appropriately.

President George Washington coordinated a journey to the southern states between March 21 and June 4?

Martha Washington often recalled the two saddest days of her life. The first was December 14, 1799 when?