William Washington enjoyed a reputation as a strong military leader. After Yorktown, Lord Cornwallis wrote that "there could be no more formidable antagonist in a charge, at the head of his cavalry, than Colonel William Washington."

In addition to being a military leader, William Washington was a planter. He and his cousin George corresponded after the war about farming, planting, and gardening. In this letter from December 18, 1785, William Washington promises to send seeds and acorns from his plantation in South Carolina. 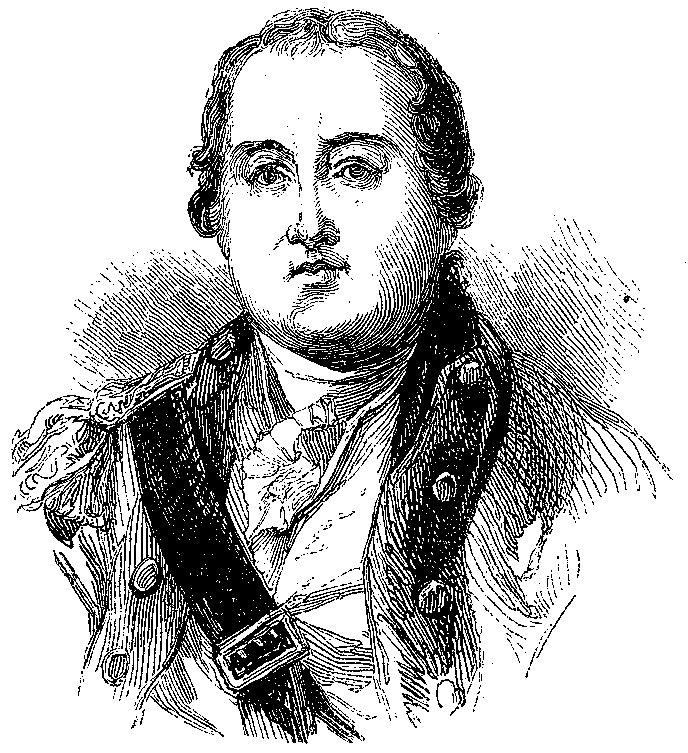 A distant cousin to George Washington, William Washington was a celebrated officer of the Continental Army during the American Revolution. William Washington enjoyed a strong reputation as a military leader. After surrendering at Yorktown, Lord Cornwallis commented that "there could be no more formidable antagonist in a charge, at the head of his cavalry, than Colonel William Washington."

William Washington was born on February 28, 1752 to Bailey and Catherine Washington in Overwharton Parish, Stafford County, Virginia. At the outbreak of the American Revolution, he was elected a Captain of Stafford County Minutemen on September 12, 1775, which was integrated into the Third Virginia Regiment in the early months of 1776. The unit was ordered to join the main Army in New York in the late summer of the same year, where Captain Washington led a successful charge against the Hessian artillery at the Battle of Trenton on December 26, 1776. Wounded in this action, Washington was rewarded with a promotion to the rank of Major and assigned to the newly created Fourth Regiment of Continental Light Dragoons upon recovery.

By the end of 1779, William Washington had advanced to the position of Lieutenant Colonel, commanding the Third Regiment of Continental Light Dragoons. While en route to join the patriot forces in Charleston, South Carolina, his weakened regiment was assigned to a detachment of light troops outside of the city to reconnoiter and screen against the advancing enemy. This detachment was surprised by the British Legion at Monck's Corner on April 14, and –despite Colonel Washington's protests to work to prevent another surprise – again at Lenud's Ferry on May 5.

After refitting in North Carolina, Washington's forces successfully capture Rugeley's Fort near Camden, South Carolina. This was followed by the defeat of a band of Loyalist forces at Hammond's Old Store in the South Carolina backcountry later in the year. However, it was on January 17, 1781, that Washington shone brightest at the Battle of Cowpens by countering and routing the charge of the enemy cavalry. 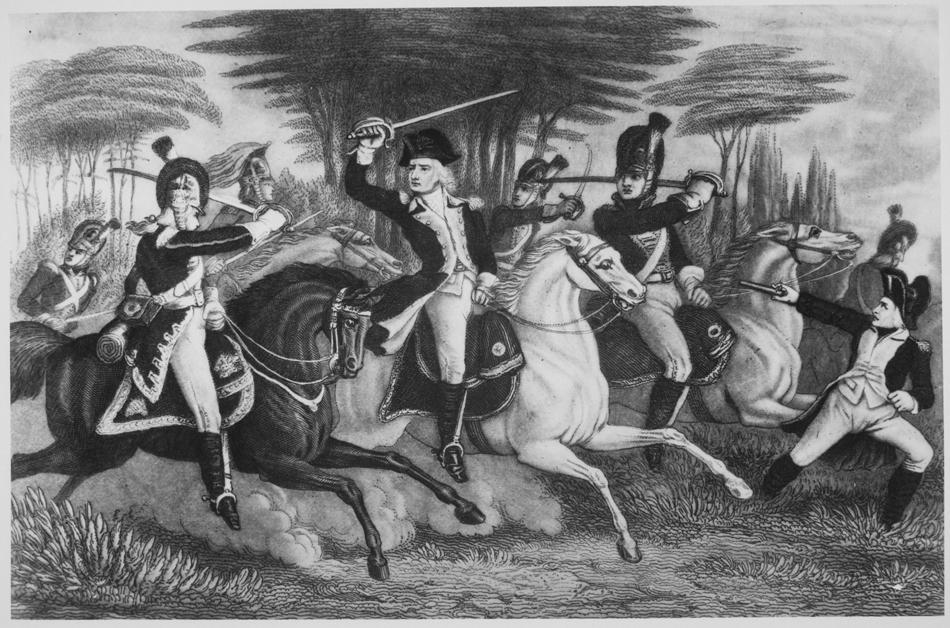 For his part in this engagement, Congress awarded him a silver medal, one of only eleven to be awarded during the conflict. Washington also led his regiment at the Battles of Guilford Courthouse in March and Hobkirk Hill in April. At the Battle of Eutaw Springs, on September 8, 1781, Colonel Washington was severely wounded while leading a charge and was subsequently captured, ending his military service in the war.

As a prisoner of war, William Washington spent the remaining war years in Charleston, South Carolina. There he met and married Jane Reily Elliott and gained Sandy Hill plantation, where he lived the life of a lowcountry planter. He had a cordial agricultural relationship with George Washington, sending seeds of local plants to Mount Vernon and later accommodating the President’s donkey, Royal Gift, in his pastures. He also hosted President Washington during his southern tour in 1791 at his plantation home south of Charleston.

William Washington’s neighbors elected him as a representative from 1787 to 1791 and then senator from 1792-1794, and again from 1802-1804 to the state assembly. In 1794, he was appointed to the command of a brigade of the state militia and, during anticipated hostilities with France in 1798, he was appointed a Brigadier General in the Provisional Army. After a lingering illness, William Washington passed away on March 16, 1810, leaving a wife, son and daughter.

Lumpkin, Henry. From Savannah to Yorktown: The American Revolution in the South. Columbia: University of South Carolina Press, 1981.

Warley, Felix B. An Oration, Delivered in Saint Michael's Church, in the City of Charleston, South Carolina, on Tuesday, the 19th June, 1810, on the Death of the Late Gen. William Washington. Charleston: W. P. Young, 1810.