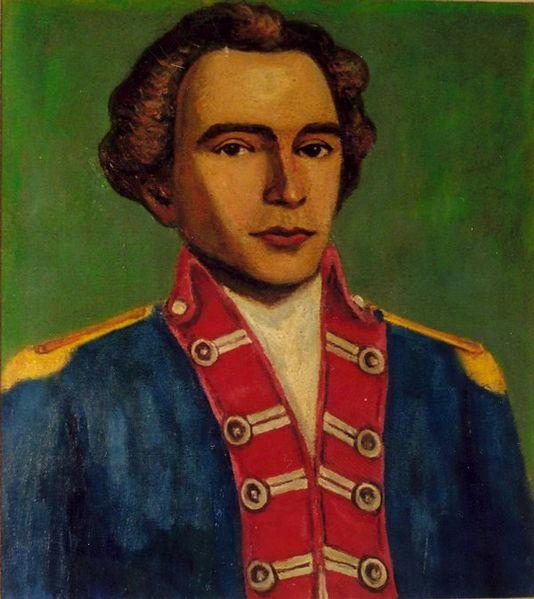 In 1749, while surveying land for Lord Fairfax, George Washington met a young man remarkably like himself. The person was William Crawford, a Virginian standing well over six feet tall who had been born in 1722 and raised by a widowed mother. The two men struck up a friendship that lasted for more than thirty years until Crawford's death at the hands of Native American warriors deep in the Ohio Country during the last days of the American Revolution.

Upon first meeting Crawford, Washington invited the young man to join him on his trip through northern Virginia and even taught the craft of surveying to his protégé. In return, Crawford looked up to his "friend and benefactor," and later went on to survey tens of thousands of acres in western Virginia, Pennsylvania, and Ohio for Washington. Crawford’s death in 1782 came as a terrible shock to Washington who remembered his "brave, experienced, and active" friend for helping him acquire land in the west, the key to success for many ambitious and young Virginians seeking to make their way in the world.1

The bond between Washington and Crawford deepened during the French and Indian War. Crawford fought with Washington at Braddock's defeat near Fort Duquesne in July 1755. Three years later, they fought together again outside the walls of the fort, finally taking the post in November 1758. Crawford, settled down on a farm in western Pennsylvania after the war, got married and had a family. Washington later visited Crawford's home in October 1770 and the two men set out by canoe down the Ohio as far as the Kanawha River, searching for the best land for Virginians who had served in the French and Indian War.

After the journey, Washington and Crawford carried on a steady correspondence, but did not meet again until August 1776. Crawford by then was the colonel of Virginia's 7th Regiment and joined Washington at the Battle of Long Island. Crawford went on to fight under Washington's command at Trenton, Princeton, Brandywine, and Germantown.

In 1780, Colonel Crawford returned to western Pennsylvania as the commander of American forces in the west. Exhausted from years of fighting, and hoping to retire to his home at Stewart's Crossing just as Washington hoped to return to Mount Vernon, Crawford resigned from the army in 1781. But when raids continued on the western frontier, General William Irvine, the commander at Pittsburgh, asked Crawford to lead a 500 man expedition against Native towns along the Sandusky River in June 1782.

After several days of fighting in the swampy country near Upper Sandusky, Crawford was captured. He was stripped naked, tied to a post, and tortured for hours until he finally died. When Washington received the "melancholy tidings" of the murder of his friend William Crawford, he remembered the colonel as "an officer of much care and prudence," and wrote sadly to General Irvine, "I lament the failure of the expedition against Sandusky, and am particularly affected with the disastrous death of Colonel Crawford."2

Butterfield, Consul Willshire.  An Historical Account of the Expedition against Sandusky under Col. William Crawford in 1782. Cincinnati: R. Clarke & Co., 1873