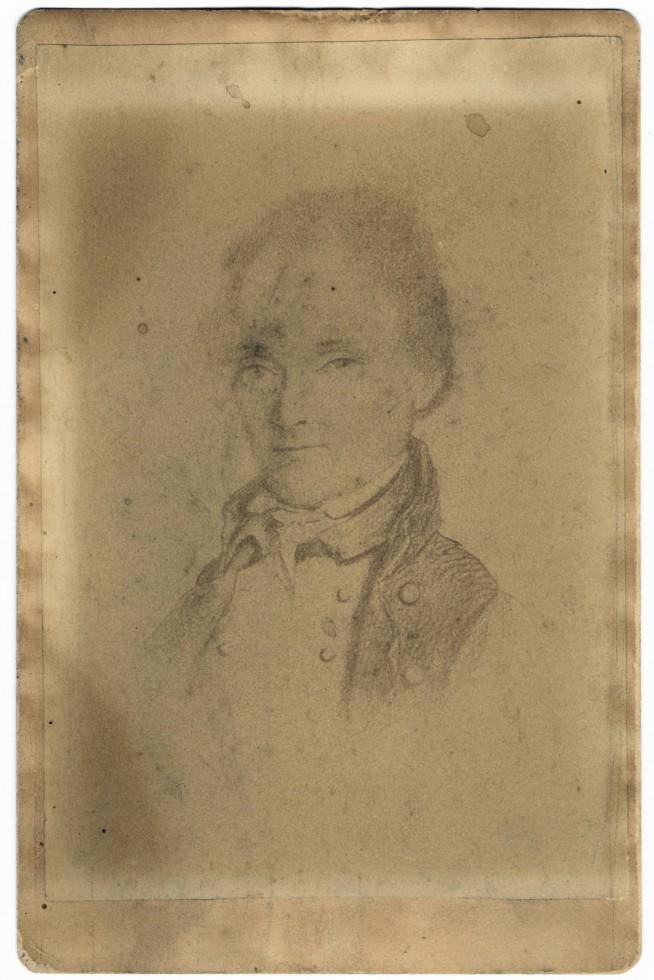 West Ford was born about 1784 at Bushfield Plantation in Westmoreland County, Virginia, near present-day Mount Holly. He grew up there with his mother Venus, and grandparents Billy and Jenny. Bushfield, 95 miles south of Mount Vernon, was the property of George Washington’s brother, John Augustine Washington and his wife, Hannah Bushrod Washington.

Special provisions were made for West Ford by the Washington family from Bushfield Plantation. In her will, which was written in 1801, Hannah stated, "it is my most earnest wish and desire this lad West may be as soon as possible inoculated for the small pox, after which to be bound to a good tradesmen [sic] until the age of twenty one years, after which he is to be free the rest of his life."1 She asked that West Ford be trained in a craft so that he could support himself when freed at 21 years old.

When Hannah's son, Bushrod Washington, became the owner of the Mount Vernon estate in 1802, he brought West Ford with him. Ford continued to work for the Washington family after he received his freedom in about 1805. He took care of the now elderly William Lee, who had been George Washington's enslaved valet. Lee was freed in 1799, by George Washington's will for his faithfulness and loyalty during the Revolutionary War. West Ford also supervised enslaved workers, helped conduct business for the family, and assisted the Washingtons with meeting and the thousands of guests who came each year to visit George Washington's estate and tomb. Some of them even wrote about him in their letters and in newspaper or magazine articles. 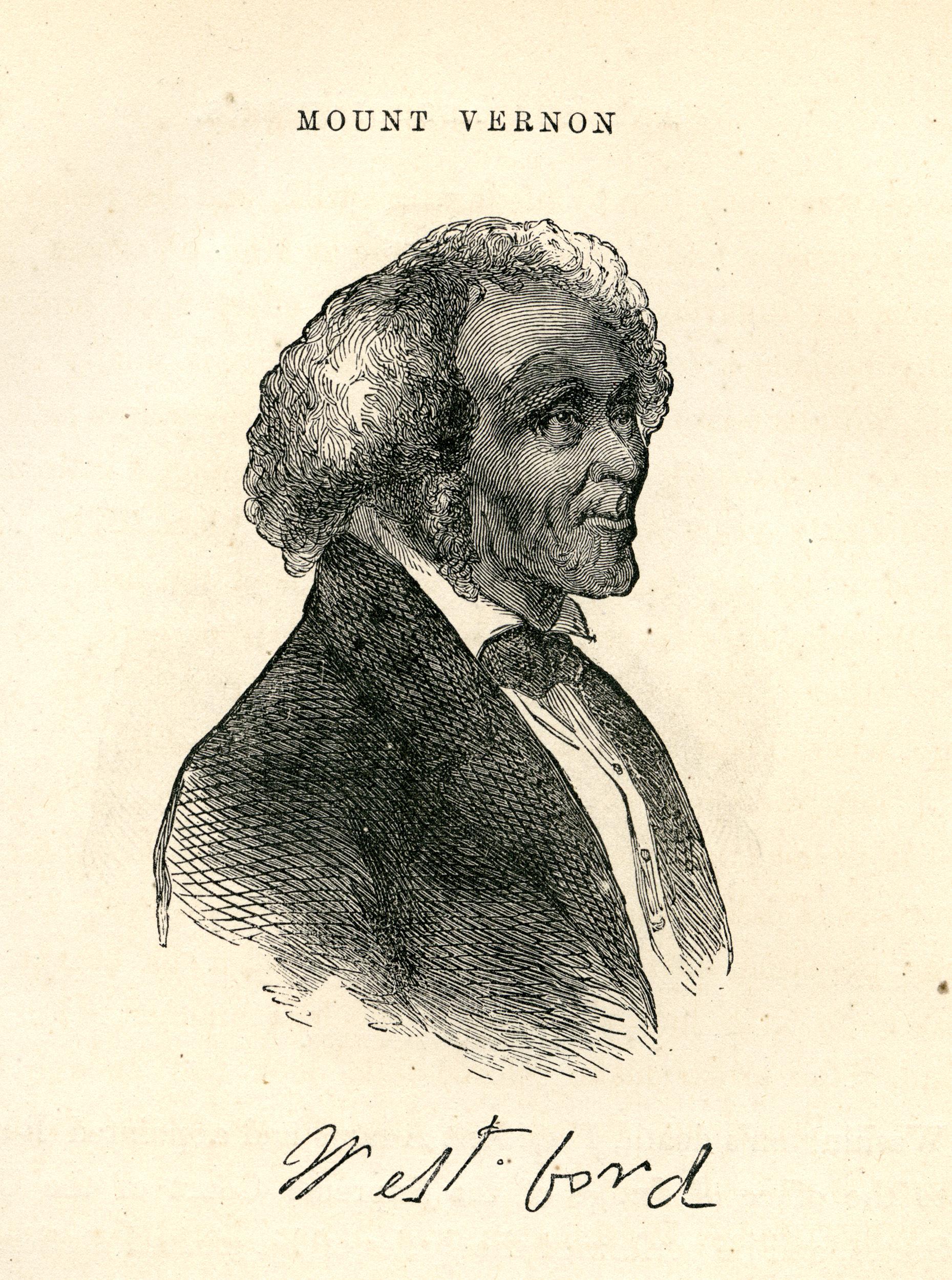 West Ford was also an important man in the local area. When Bushrod Washington died in 1829, he left West Ford over 100 acres of land in Fairfax County, Virginia. Ford later sold that plot to buy a larger property nearby, which became the nucleus for a free black community called Gum Springs. West Ford eventually became the second wealthiest black man in Fairfax Country, Virginia.

When the Mount Vernon Ladies' Association (MVLA) bought George Washington's home in 1858 in order to preserve it, Ford, who was then a very elderly man, gave the Association information about the appearance of various architectural features on the estate. He became very sick in the spring of 1863, and the MVLA brought him to Mount Vernon in order to take care of him. “We have had old West Ford brought here,” Sarah Tracy, the secretary of the MVLA wrote. She and Mount Vernon Superintendent Upton Herbert “went to see him Sunday and found him very feeble, and fearing all this excitement might hurt him we had him brought so we can take better care of him.  I feel as if it was our duty to see that he should want for nothing in his old age."2

West Ford died about one month later and is believed to have been buried in the cemetery at Mount Vernon where dozens of free and enslaved people were laid to rest during the 18th and 19th centuries. Even with the news of the Gettysburg Campaign dominating the headlines in July of 1863, the Alexandria Gazette found space to announce Ford’s passing: "West Ford, an aged colored man, who has lived on the Mount Vernon estate, the greater portion of his life, died yesterday afternoon, at his home on that estate.  He was, we hear, in the 79th year of his age.  He was well known to most of our older citizens."3

The son of an enslaved woman named Venus, West Ford had unusually close ties to the white family of Bushrod Plantation. Family members emancipated Ford and left him a significant amount of property. Such treatment has led historians to suspect that Ford’s father may have been John Augustine Washington or one of his sons. Some of Ford’s descendants maintain that George Washington was Ford’s father, but West Ford was born at Bushfield plantation between March 3, 1783 and June 22, 1784. Since George Washington was not in Virginia between November 1781, following the victory at Yorktown, and his return to Mount Vernon on Christmas Eve of 1783, at the end of the American Revolution, he was not in proximity to Venus and did not father West Ford.  Read the MVLA's official statement on the paternity of West Ford.

2. Sarah Tracy to Margaret Ann Douglas Comegys (Mrs. Joseph Comegys), 29 June 1863, as quoted in Elswyth Thane, Mount Vernon is Ours:  The Story of the Preservation and Restoration of Washington’s Home (New York:  Duell, Sloan, and Pearce, 1966), 248.