Washington Irving was one of the most famous American authors of the nineteenth century. While he is primarily remembered for short stories such as “Rip van Winkle” and “The Legend of Sleepy Hollow,” he also penned an extensive biography of George Washington.

Born in New York City, Irving was  and was the eighth child in his family. Both of his parents emigrated from England to New York twenty years earlier, and his father became a merchant to support the family.1 As Irving grew up, he found that the things that gave him the most joy in life were reading, drawing, and writing.2 At the age of nineteen, he began to pursue his passions by writing essays in his brother’s newspaper The Morning Chronicle. By 1819, he made the bold decision to try to make a living through writing alone. Irving felt that he was unsuited for any other form of occupation, and that he was determined to succeed in making a name for himself through writing literature. If he did not succeed, however, he would be willing to take on other forms of employment in order to survive.3

Thankfully for him, the gamble paid off after the publication of the essays included in The Sketch Book of Geoffrey Crayon throughout 1819 and 1820. As one reviewer put it, Irving’s series of short stories helped to demonstrate his unique sense of humor and style, best demonstrated by “Rip van Winkle.”4 The Sketch Book gained Irving attention not just in the United States, but also in England. One Englishman described Irving’s writings as being kind and affectionate, personally favoring the “Essay on Rural Life in England.”5

After two years of research, Irving began writing his Washington biography at his home in Sunnyside, New York. In his preface, Irving explained that he had long wanted to write a biography of Washington, though ill health as well as his many travels to Europe delayed the project.8 According to Irving,he sought to write in a narrative style that also rigorously grounded itself in historical facts.9 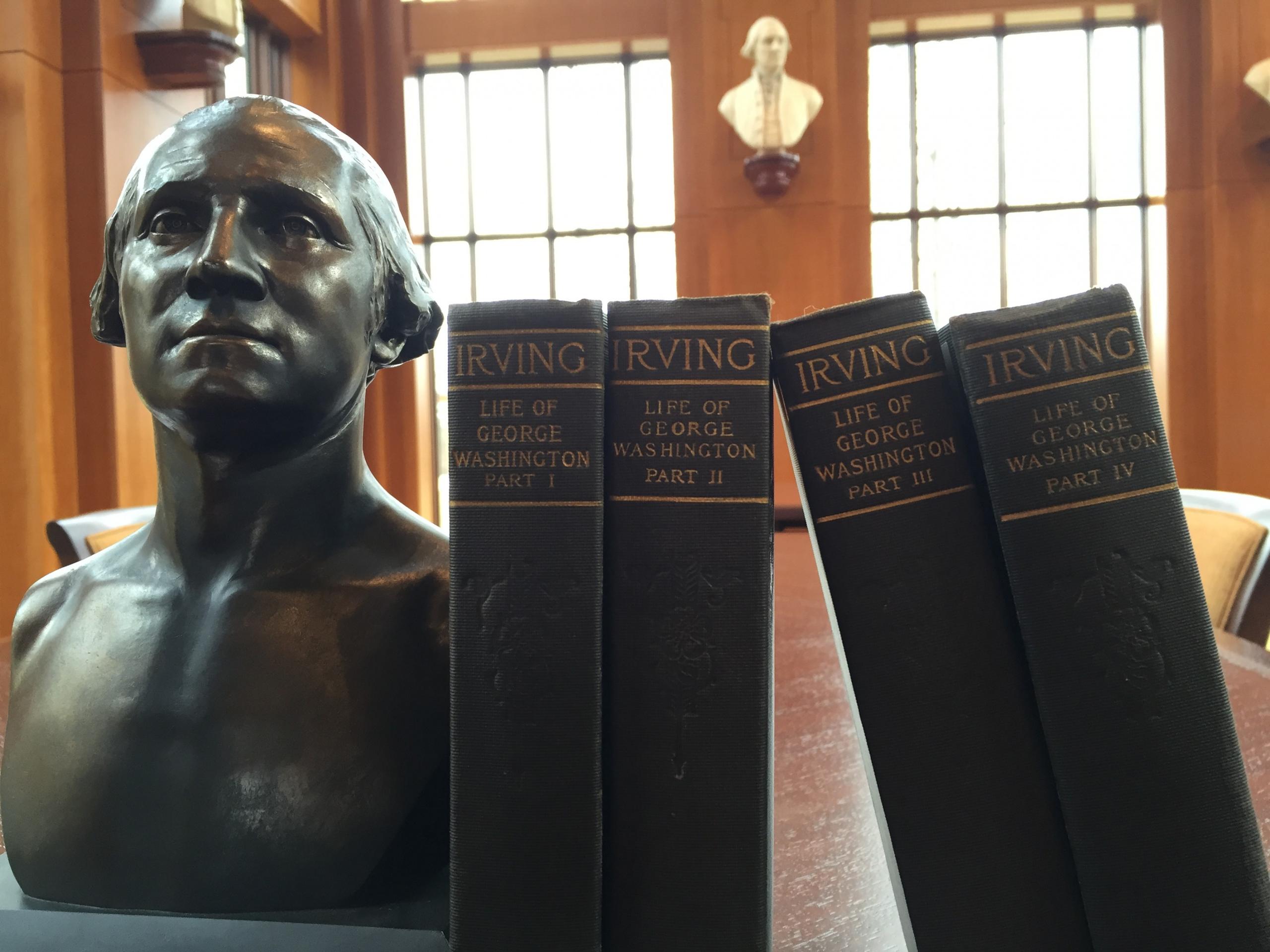 Irving published the biography in multiple volumes between 1855 and 1859. The work dealt with subjects including George Washington’s military exploits, presidency, his personal life. Irving's creative style rendered a highly readable account of Washington’s life centered on exploring the great man as a human being.

Some reviewers argued that by exploring Washington’s military and personal life in a realistic manner, Irving was able to transform Washington from a demigod figure into a subject far more approachable and understandable to the average reader. The historian George Bancroft lauded Irving for writing both with the qualities of good historian and with narrative tone that made the events portrayed seem natural.10  Another historian, William H. Prescott, after reading the fourth volume, congratulated Irving for making Washington into someone that people could relate to.11 Irving had managed to establish himself not just as a successful fiction writer, but also a successful historian.

Irving died the same year that he released the final installment of the biography. Many were shocked and saddened by his passing. Flags were held at half-mast at the news of his passing, and many paused and reflected on his achievements as a literary figure.12

Washington Irving today is primarily remembered for his short stories that took a humorous look at American history and culture. His biography of George Washington, by contrast, also demonstrated his keen ability for presenting history in a professional and engaging. It became one of the most important biographies of the nineteenth century, and it still serves as one of most famous depictions of Washington's life.