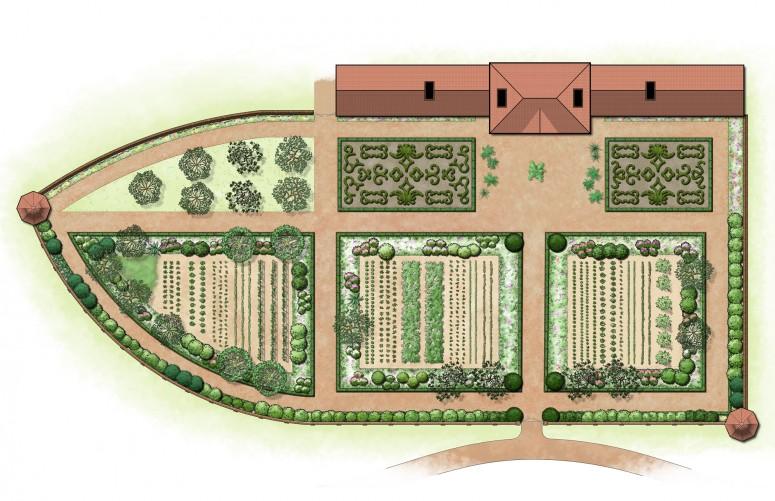 The upper garden was established in the 1760s and paralleled the lower or kitchen garden to its south. This garden was initially planted with fruit and nut trees, and was walled and rectangular in shape. In its early years the upper garden was a typical garden of necessity, planted for production rather than ornamentation. The garden remained basically unchanged until George Washington's return from the Revolutionary War in late 1783. 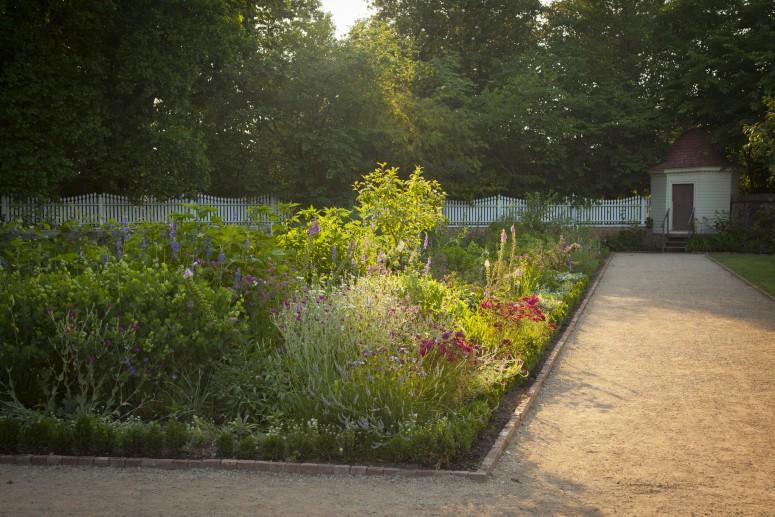 Washington was exposed to many fine gardens during his years of military travel. He was also aware of the change in attitude toward landscape style in Europe that was making its way across the Atlantic; the formal was giving way to the naturalistic. Washington's estate underwent changes that reflected the new design movement.

In 1785, the upper garden was expanded and changed in outline from a rectangle to a free-flowing bullet or cathedral window shape. A transformation in the planting scheme occurred as the boundary of the garden grew. Some nut and fruit trees were transplanted to the new areas of the garden, but most were moved to other locations on the estate. Flowers began to find their way into the new garden space and eventually the walks were lined with small-rooted boxwood cuttings.

Washington initiated the transition within the garden, but maintained a desire to have the needs of the family kitchen amply supplied. During Washington's presidency the number of visitors to his estate increased, which placed a greater demand upon the kitchen garden. Vegetables are documented as having been grown in the upper garden to help satisfy the need for additional produce.

The demands of the presidential office greatly curtailed Washington's involvement with the upper garden. He allowed his gardeners a freer hand, but required weekly reports that he reviewed with careful scrutiny. Martha Washington was also concerned with the gardener's activities. It was the responsibility of the mistress of a plantation to ensure that the table was amply supplied with an abundance of food, including vegetables, fruits, nuts, and even flowers, which were used in the seasoning and adornment of the food.

Samuel Vaughan's plan of the estate from 1787 confirms the location and shape of the garden, and the presence of the major walks. Benjamin Latrobe's journal account left little doubt of the existence of a boxwood parterre in the upper garden, writing that,"For the first time again since I left Germany, I saw here a parterre, clipped and trimmed with infinite care into the form of a richly flourished Fleur de Lis." Batty Langley's New Principles of Gardening (1728), also helped guide the design of the garden, providing the proper dimensions and placement for parterres.

Learn more about the many gardens and landscapes that make up the Mount Vernon estate.