The Treaty of Aranjuez was a mutual military alliance treaty between France and Spain, officially signed on April 12, 1779. It provided Spanish military support for France during the American War for Independence in return for French support for the Spanish repossession of Gibraltar, Minorca, and East and West Florida. Spain officially declared war on Great Britain on June 21, 1779, which brought them into the American Revolutionary War.

In 1779, the Pennsylvania Gazette, a prominent early-American newspaper, reported on popular Patriot sentiment at the time, stating that their need for independence from Great Britain was a “desirable” act of defiance.1 To its American colonies, Great Britain was a power-hungry and oppressive force. According to the publication, it was commendable that the Patriots were defying Great Britain and its reign over North America.2 The fact that thirteen of Britain's North American colonies sought independence was potentially advantageous for most European nations as well. Much of Europe had experienced conflicts of their own with Great Britain, most of which ended in British victory. France in particular had been one of the greatest adversaries to Great Britain for decades, but the decisive British victory over France in 1763 at the end of the Seven Years’ War confirmed Great Britain’s status as a global powerhouse.

The French covertly aided the United States before committing to a formal alliance after the Patriot victory at the Battle of Saratoga in October 1777. France and the United States finalized their coalition by signing the Treaty of Alliance in February 1778. Afterwards, Americans expected Spain would “[make] cause with France…bound by ties of consanguinity” between their royal houses and by their alliance against Great Britain during the Seven Years’ War.3 General George Washington and others in the Continental Army expected that both France and Spain would declare war against Britain, thereby aiding the American cause.4

Some scholars argue the Declaration of Independence was an invitation to France and Spain and “intended…to be read by Louis XVI and Charles III” that the Americans had “no hope” to continue the war without this military alliance.5 From the Spanish perspective, however, there was not a clear incentives to enter the war. Would Spain rather see a new autonomous power in the Americas and potentially lose territory in North America and the Caribbean to an independent nation? Or would they prefer to let the British grow in power and potentially lose territory to them instead?

Negotiation of the Treaty

American and French leaders claimed Spain would benefit from the emergence of the new American republic by gaining access to its markets and breaking Great Britain’s commercial monopoly on North America. Nevertheless, King Charles III of Spain formally remained neutral and at peace with Great Britain during the war’s early years, although his government eventually pursued a tentative alliance with the French, who had already allied themselves with the Americans, beginning in 1777.6

If they were to combine their resources, France and Spain would be able to contest the British presence on the American coasts, in the Caribbean, and elsewhere. However, the Spanish naval fleet was a necessary aid to the French fleet. The monarchies of Spain and France were linked through family. The Pacte de Famille tied the two nations together so tightly that they designed their navies ahead of time to be able to share equipment in times of war.

Prior to a declaration of war, Spain’s objective was to “[keep] England’s colonies in a state of disaffection,” and sent covert aid to the revolutionaries.7 Spain, through French diplomat Charles Gravier, Count of Vergennes secretly aided the Patriots. Through the Gardoqui family trading company, the Spanish provided the United States with monetary loans to be used for war supplies and weapons. 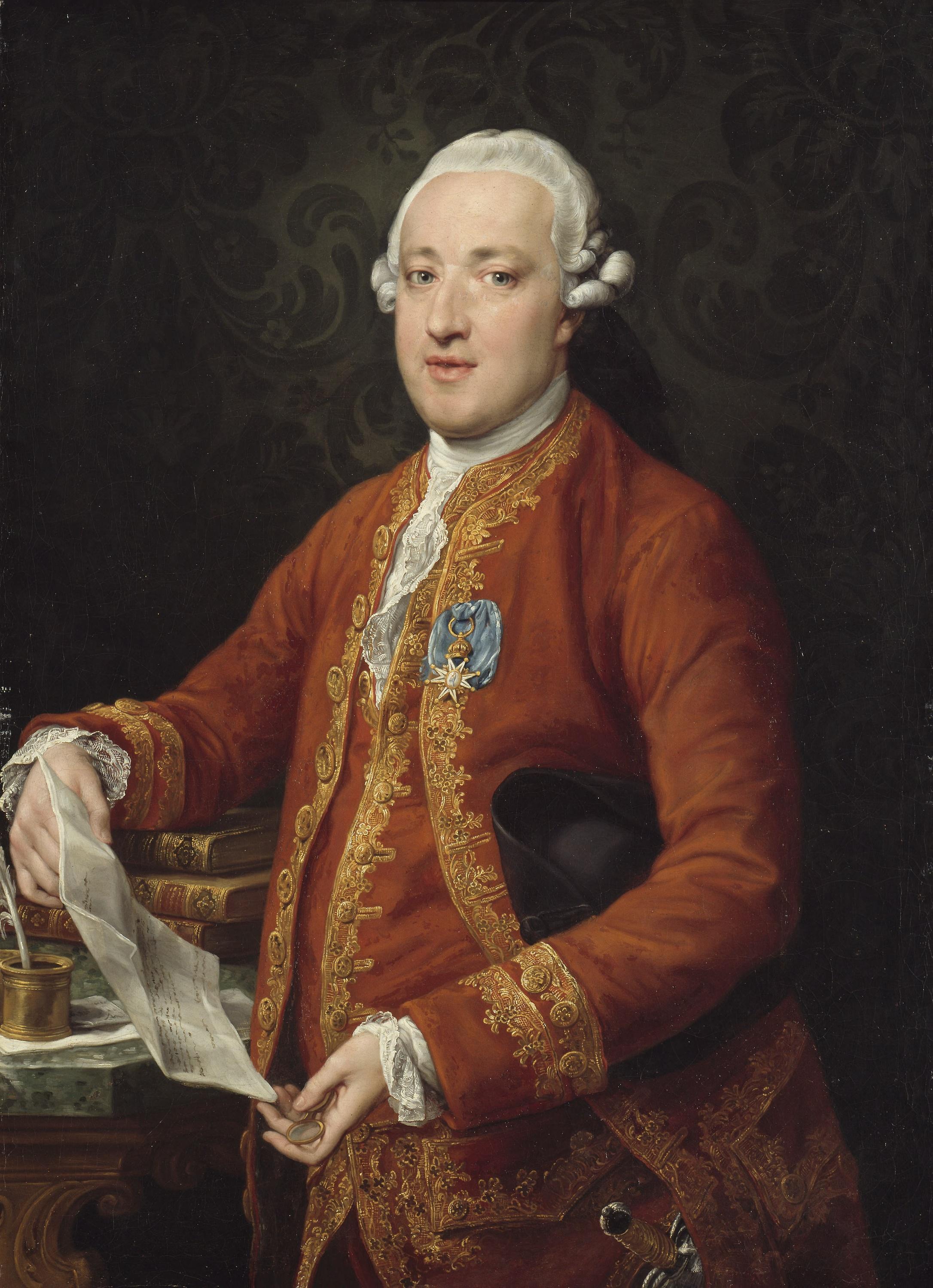 José Moñino y Redondo, Count of Floridablanca and Spain’s minister of foreign affairs, understood the prospect of the American colonies remaining under British control jeopardized the survival of both Spanish and French assets in the Americas.8 Vergennes made this point to Floridablanca in order to entice the Spanish to enter the war. Initially, Floridablanca rejected this offer, seeing an opportunity to regain Gibraltar, a desirable territory that Spain lost to Great Britain during the War of Spanish Succession. Spain would remain neutral if Great Britain returned Gibraltar. Great Britain, however, rejected this proposal, which, in turn, motivated Spain to join the war in hopes of regaining its lost territory.9

After France declared war on Great Britain in February 1778, the Spanish had the upper hand in negotiations as France was desperate for their aid. In return for Spanish participation in the war, Floridablanca insisted France pledge its assistance in retrieving the lost Spanish territories of Gibraltar and Minorca and help expel British forces from the Gulf Coast region of North America and Central America. The French accepted these terms and on April 12, 1779, Floridablanca and French ambassador Armand Marc, Count of Montmorin, signed the Treaty of Aranjuez, effectively bringing Spain into the American Revolutionary War. Spain finalized this treaty and declared war against Great Britain on June 21, 1779.

While the treaty initially was not made public, it was well-known by leaders of the United States government that Spain declared war on Great Britain and would provide further military aid to the American revolutionaries. Spanish troops, now proactive in the war, began engaging the British military on land and on sea. The news found its way to American newspapers, which gleefully informed the public of the addition of Spanish arms in the war.10

The news traveled quickly among American troops as well. General Washington informed his officers of the Spanish alliance with the French and their subsequent declaration of war on Great Britain. To Major General Robert Howe in August 1779, Washington most likely sent a newspaper that reported “certain advices of a speedy declaration of Spain.”11 To John Jay on August 29, 1779, Washington called the declaration of war by Spain “an event the most interesting and agreable.”12 Similarly to Major General John Sullivan in September 1779, Washington informed him that “Spain has…taken a decisive part [in the war]” and expressed hope that “this junction…will not fail of establishing the Independence of America in a short time.”13 Washington, along with other American generals, understood the great significance of Spain’s involvement in the war, especially since the Spanish and French naval fleets combined could challenge the might of the British navy.

As expected, Spain provided an abundance of military power to support the colonies’ fight against Great Britain. Bernardo Vincente de Gálvez y Madrid, Count of Gálvez, a Spanish military leader and governor of Louisiana, aided in successful sieges against the British army in the Gulf Coast region and the Mississippi Valley, securing the latter region for the Americans.14 Gálvez is predominantly known for his military tactics at the Siege of Pensacola, in May 1781, where he defeated the British and subsequently conquered all of West Florida, thereby attaining one of the objectives of the Treaty of Aranjuez. Gálvez’s success continued up the Mississippi Valley, stretching from the mouth of the Mississippi River up to the northern United States, when he eventually drove the British out of the region. His triumph guarded the colonies’ western frontier from the British and made it possible for the revolutionaries, with French and Spanish aid, “to hold its territory in tact from Canada to Florida, and from the Atlantic to Mississippi.”15 This successfully drove Great Britain from the region and negated its claims to the land.

Additionally, during the final major battle of the Revolution, the Siege of Yorktown, Spanish government officials sent funds from Cuba to assist the combined Franco-Continental offensive. France’s naval victory at the Battle of the Chesapeake a month earlier made Spanish support at Yorktown possible. Absent Spanish and French involvement and support, the war would have gone on much longer. As one of Washington's correspondents observed, “the assistance of France & Spain” enabled the Continental Army to “continue the war longer than our enemies notwithstanding what has been & still is the wretched state of [American finances].”16

Following the Treaty of Paris, which officially ended the war between Britain and the United States in 1783, Spain regained Minorca, West Florida, and East Florida, thereby fulfilling two of the goals Spain set out in the Treaty of Aranjuez. The American Revolution also allowed Spain to capitalize on instability in the liberated colonies and establish a new sort of frontier in the Americas, starting with Gálvez’s conquests.

While Spain acquired Minorca and Florida, an arguably more desirable demand had not been met by the end of the American Revolution: retaking Gibraltar from Great Britain. Spain made gains internally in the aftermath of the war as well. Diego María de Gardoqui y Arriquibar, a former Spanish merchant from the Gardoqui family trading company who assisted the American revolutionaries, was appointed Spain’s first Ambassador to the United States after the Treaty of Paris had been signed, and he cultivated a friendship with Washington. Gardoqui even stood to the left of Washington during his inaugural parade in 1789 of which he “fit[ed] up…for the reception of the illustrious President.”17 Gardoqui’s attendance and camaraderie with Washington proved to be a clear symbol of Spanish involvement in the war and American recognition of Spain’s contribution towards its independence.

Without the aid of Spain, the United States would have most certainly fought a much longer, more grueling war against Great Britain. Spanish naval contributions, alongside the French, were able to challenge Great Britain on the high seas and Spanish troops successfully regained control over key regions in the Americas. By collecting monetary aid for the Siege of Yorktown, Spain also contributed to Washington’s glory in the final battle of the Revolution. Spain’s aid was crucial in the Patriots’ victory over Great Britain and helped establish the United States as an independent nation, marking the end of British dominance in the United States.

Ferreiro, Larrie D. Brothers at Arms: American Independence and the Men of France & Spain Who Saved It. New York: Alfred A. Knopf, 2016.