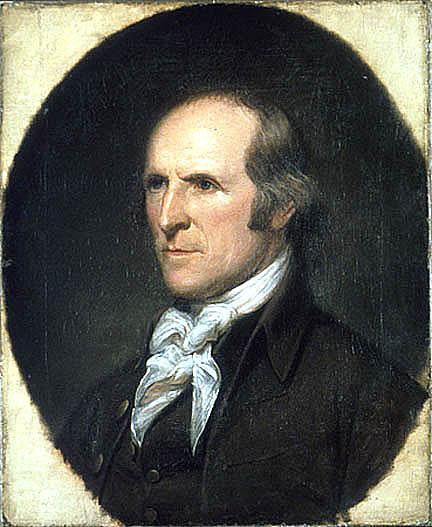 A Federalist politician, Timothy Pickering was appointed to several federal positions by President George Washington, most notably Postmaster General, Secretary of War, and Secretary of State. He later served in the Senate and in the House of Representatives.

Born in Salem, Massachusetts in 1745, Pickering graduated from Harvard College in 1763 and worked as a clerk for John Higginson, the Essex County Register of Deeds. He studied law and was admitted to the Massachusetts bar in 1768, but he did not practice.

Interested in military strategy, Pickering eventually became colonel of the Essex County militia in 1775. A year later, he published An Easy Plan of Discipline for the Militia, a manual for colonial militia and Continental Army officers employed to train new recruits. During the War of Independence, Pickering primarily played an administrative role, though he did lead the Essex County militia to block the British retreat after the Battle of Concord. In 1777, General Washington appointed Pickering Adjutant General of the Continental Army and the Continental Congress elected him to the Board of War. Highlighting Pickering’s ability, General Washington described him as “a great Military genius, cultivated by an industrious attention to the Study of War, and as a Gentleman of liberal education, distinguished zeal and great method and activity in Business.”[1] Following his insistence on the need for the Quartermaster’s Department to be reformed, he was appointed Quartermaster General by Congress in 1780.

At the end of the war, Pickering moved to Philadelphia and started a trading operation with his friend Samuel Hodgdon, a merchant. During this time, Pickering purchased land in then-northwestern Pennsylvania, which he helped to organize as Luzerne County in 1786. The Pennsylvania State Assembly asked Pickering to mediate land disputes, particularly between Pennsylvania and Connecticut claimants. In the hope of convincing Pickering to recognize their claims, members of the Connecticut faction held him hostage in the woods for twenty days. He represented Luzerne County at the 1787 convention that ratified the Constitution of the United States and the Pennsylvania state constitutional convention from 1789 to 1790.

President Washington asked Pickering to negotiate and settle several treaties with Native Americans, notably with the Six Nations chiefs at Tioga in November 1790 and at Newtown Point in July 1791. In recognition of Pickering’s efforts in these negotiations, President Washington appointed him to be Postmaster General in 1791. Even in this role, Pickering continued to play an active part in negotiations with Native Americans, particularly in the 1794 Treaty of Canandaigua with the Iroquois Confederacy.

Pickering’s term as Secretary of State was dominated by conflict with France. He sympathized with Great Britain and negotiations over Jay’s Treaty further hardened his anti-French views. He opposed the French in the “XYZ Affair,” and when the dispatches were published, he vehemently endorsed war with France. Pickering was also an advocate of the Alien and Sedition Laws. As the Federalists fractured, President Johns Adams accused Pickering of siding with Alexander Hamilton over himself. Adams dismissed Pickering from office in May 1800.

In 1803, Pickering was elected to the Senate and was reelected in 1805. Anxious about the potential consequences of President Thomas Jefferson’s administration and the Federalists’ declining power, Pickering proposed the creation of a “Northern confederacy” that would be “exempt from the corrupt and corrupting influence and oppression of the aristocratic democrats of the South.[2] Ultimately, this plan never came to fruition. While in Congress, Pickering strongly opposed the Twelfth Amendment to the Constitution and the Louisiana Purchase as he believed they would both increase the power of Republicans at the expense of New England Federalists. In 1811, after he read a confidential document openly during a Senate debate, he became the first senator to be censured. He lost his bid for re-election and return to his farm for a year. Pickering was then elected to the House of Representatives and served for two terms.