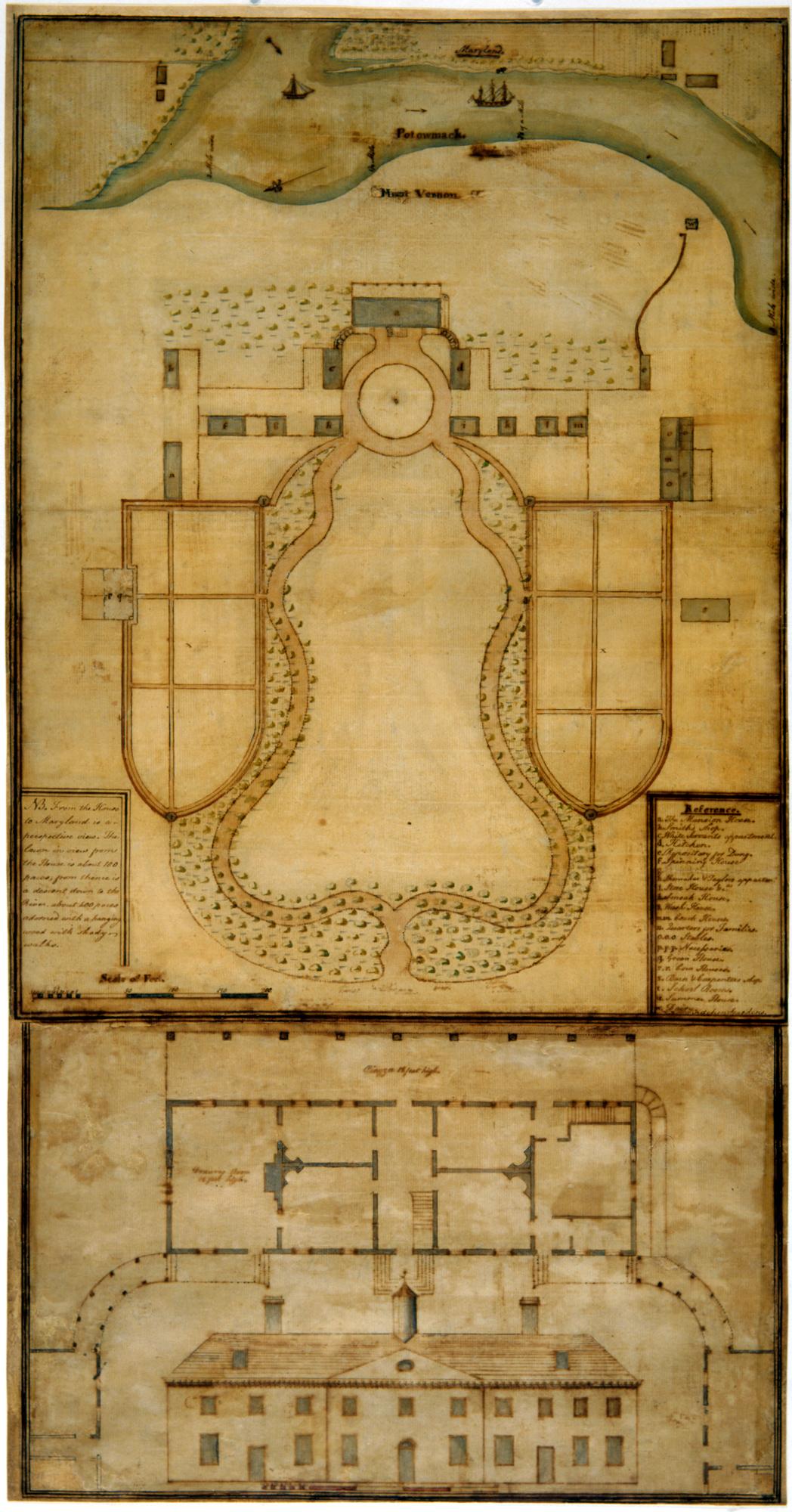 Samuel Vaughan, an English merchant, philanthropist, liberal, and Unitarian leader, was a confidant of Benjamin Franklin in London before the American Revolution. In 1783, Vaughan came to America and settled with his wife in Philadelphia. There he first met George Washington. On June 18, 1787, Vaughan set off on a journey of more than 1,400 miles. His principal destination was Mount Vernon, but his itinerary took him from Philadelphia to Pittsburgh, then to Richmond and finally on to Mount Vernon via Williamsburg and Yorktown.

Vaughan arrived at Mount Vernon on the eleventh of August and departed for Alexandria on the seventeenth. However, Washington was in Philadelphia presiding over the Constitutional Convention during this time. In his absence, Vaughan was received by George Augustine Washington, a nephew of Washington's, and George Augustine's wife, Fanny Bassett, a niece of Martha Washington.

Vaughan sketched a plan of the Mount Vernon mansion and the formal area around it in his journal, embellishing it with a perspective of the river and the Maryland shore beyond. From this sketch and his field notes Vaughan derived the finished plan, which was later sent as a gift to Washington from Philadelphia. In his acknowledgment of November 1787, Washington wrote that the plan "describes with accuracy the house, walk and shrubs." This was a polite oversimplification as there were minor errors both in the ground plan and in the elevation and first floor plan of the mansion. Washington took exception only to the omission of mounds at the west end of the Bowling Green, and the indication of planting in this area that would have interrupted a vista. The scale of the ground plan was distorted, indicating that these dimensions were paced, rather than measured by chain or tape. 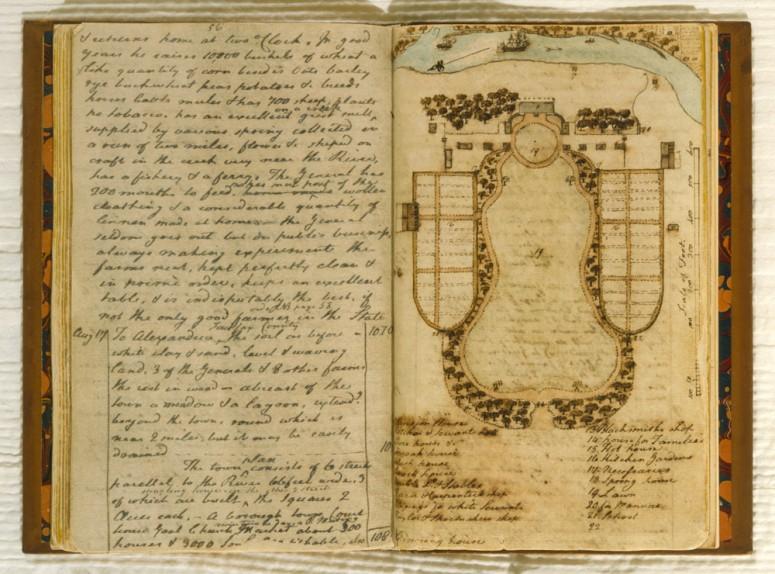 Despite these minor inaccuracies, the Vaughan Plan is a remarkable document, most valuable for the insight it provides about Mount Vernon at a moment when Washington's planned developments were still incomplete. The park wall and the north and west haw-haws were yet to be constructed, the Green House was without its wings, and the House for Families where enslaved workers lived still stood.

Martin, Peter. The Pleasure Gardens of Virginia: From Jamestown to Jefferson. Charlottesville: University Press of Virginia, 2001.