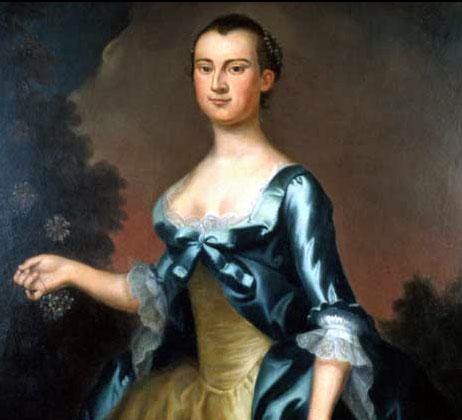 Remaining images of Martha Washington are abundant. However, those drawn directly from her life are scarce. In an age before photography, some of the best clues to understanding Martha Washington's personal appearance come from portrait miniatures and paintings done during her lifetime. Many were rendered later in her life and project an image of Martha as a simply dressed matron with hair tucked neatly into her mop cap. A different Martha Washington emerges, however, through early renderings, contemporary descriptions, invoices, correspondence, and surviving personal articles.

In 1757, upon the death of her first husband Daniel Parke Custis, Martha Custis assumed administration over the Custis estate, including her late husband's extensive business operations. As a result, she was called upon to deal directly with the London mercantile community. In addition to negotiating tobacco sales, she requested and received fashionable English laces, silks, jewelry, footwear, bonnets, and silk stockings. Of the goods shipped by Cary and Company of London, the largest number were textiles ordered for Martha and her children—the majority in dress silk, and to Mantuamaker John Scherberg, who specialized in rich silks produced at the Spitalfields factories. 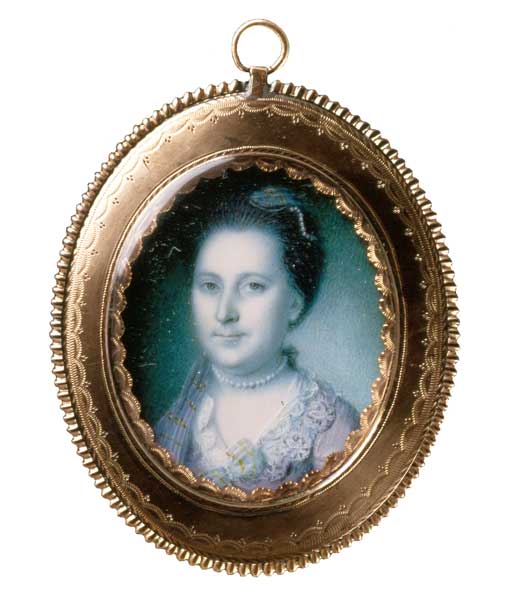 Martha Washington's jewelry complimented her fine clothing. Through the 1760s Washington frequently purchased jewelry featuring garnets,  highly fashionable and popular at the time. In 1760, for example, she received "a pair [of] 3 dropt Garnet Earrings," presumably to wear with one of the two garnet necklaces sent to her the previous year. An additional pair of earrings arrived in 1764. Although diamonds were becoming more available to prominent American colonials by the latter half of the eighteenth century, paste stones or diamond substitutes remained exceedingly popular. They were usually set by jewelers with the same care given to precious stones.

Martha Washington's attire was not lacking in quality as she established herself as mistress of Mount Vernon. She secured precisely the goods that she wished for, in what was likely a conscious effort to establish an image of herself in her new community and amongst her circle of acquaintances. Yet she simultaneously attempted to avoid the appearance of abundant luxury. Ostentation was something that both Washingtons wished to avoid in order to not gain a reputation of over-indulgence. At the same time, maintaining a fashionable appearance reflective of their elevated public position, particularly after George Washington's ascension to Commander-in-Chief, was of tantamount importance.

The extravagance found later in Martha Washington's life may seem somewhat out of character, but it was in line with a woman who understood the importance and meaning conveyed by personal appearance. And as her husband entered the presidency, Martha Washington sought to define her role as a reflection of the ideological foundation of the new republic. She did keep to the philosophical premises of the new nation and sought to avoid any appearance of an American aristocracy or court culture, a distinction she made further apparent in her choice of attire. As described by Abigail Adams, wife of second President John Adams, Martha Washington remained: "plain in her dress, but that plainness is the best of article…. Her manners are modest and unassuming, dignified and feminine."1 Martha Washington understood the importance of the clothing and jewelry that she wore, as well as the social and political meanings attached.