The Mount Vernon Ladies’ Association of the Union (MVLA) was a pioneering women’s organization in a time when women were largely barred from participation in the public sphere. Although the MVLA never took an official stance on the American women’s suffrage movement, their actions paved the way for women to claim a voice in American democracy.

The MVLA was founded in 1854 by Ann Pamela Cunningham with the mission of purchasing and preserving Mount Vernon for the American people. Although this makes the MVLA the earliest historic preservation organization in the country, women’s activism in reform movements, like temperance and abolition, was quite common in the nineteenth century. In order to achieve their goal of preserving Mount Vernon, the women of the MVLA stepped firmly outside the bounds of traditional womanhood. Getting involved in local and national politics, fundraising initiatives, and public relations was necessary to secure the funds and public support needed for the MVLA’s success. However, Cunningham and the MVLA were politically savvy. They situated their less-than-traditional work within the bounds of traditional womanhood. From the start, Cunningham’s calls for women to save Mount Vernon in the 1850s relied on womanly traits including guardianship, selflessness, purity, devotion, and love of country:

It is woman’s office to be a vestal; and even the ‘fire of liberty’ may need the care of her devotion, and the purity of her guardianship. Your hearts are fresh, reverential, and   animated by lively sensibilities and elevating purposes. With you, therefore, patriotism has not yet become a name. And should there ever be again ‘times to try men’s souls,’ there will be found among and of you, as of old, heroines, superior to fear and selfish considerations, acting for country and its honor.1

By situating her call for women to take on non-traditional work within the framework of femininity, Cunningham made the work of the MVLA acceptable to the American people.

Women’s reform organizations were common throughout the nineteenth century, and while other women also engaged in similar gender-role-defying work, the MVLA set themselves apart by claiming ownership over the history and future of America’s most preeminent founding father. By stepping up to save the home of George Washington and open it to the American people, the MVLA showed that women had just as much at stake in the promises of American democracy as any man. This, along with their work pushing the gender boundaries of the time, helped lay the groundwork for the success of the women’s suffrage movement in the United States. 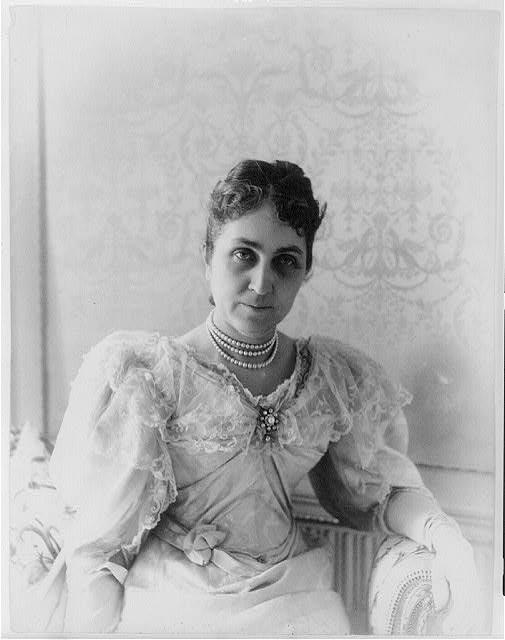 While the MVLA never took an official stance on suffrage, a number of the Vice-Regents (state co-chairs) were active in the suffrage movement. Phoebe Apperson Hearst, Vice Regent for California (1889-1918,) gave donations and served as a Vice Chairman for the National Woman’s Party. Harriet Cole Towner, Vice Regent for Iowa (1913-1942) and Regent (1936-1942), was the Chairman of the Legislative Committee of the General Federation of Women’s Clubs when the organization endorsed suffrage in 1914. Harriet Lane Huntress, Vice Regent for New Hampshire (1914-1922), served on the advisory board and as the treasurer of the New Hampshire Woman Suffrage Association. Margaret Busbee Shipp, Vice Regent for North Carolina (1919-1936), was passionate for the work of the North Carolina Equal Suffrage Association. Lucy Ramsay Taliaferro, Vice Regent for Wyoming (1936-1950), fought hard for the 19th amendment despite living in the first state to grant women the vote. Taliaferro organized to involve women in the political process and worked closely with the president of the National American Woman’s Suffrage Association, Carrie Chapman Catt.

A few members of the MVLA were publicly against the women’s suffrage movement. Annie Burr Jennings, Vice Regent for Connecticut (1915-1939), led the anti-suffrage movement in Fairfield, Connecticut. Mary Evarts, Vice Regent for Vermont (1911-1928), was known for her anti-women’s suffrage sentiments, although no records indicate she worked with specific campaigns or organizations. Despite their opposition to the suffrage movement, by working with an organization which brought women’s work and voices into the public sphere, they still contributed to the acceptance of women’s participation in American democracy.

While the scope of MVLA members’ involvement with the suffrage movement requires greater research, what is clear is that each of these women fought for the causes they believed in. Whether that was votes for women or the preservation of George Washington’s Mount Vernon, they were all committed to American democracy.

Thane, Elswyth. Mount Vernon is Ours: The Story of its Preservation. New York: Duell, Sloan and Pearce, 1966.