During George Washington's final redecorating campaign at Mount Vernon, the space that underwent the greatest change was the room now called the Little Parlor. Lawrence Washington's 1753 inventory suggests that he used this first-floor, northeast corner room as a less formal parlor. 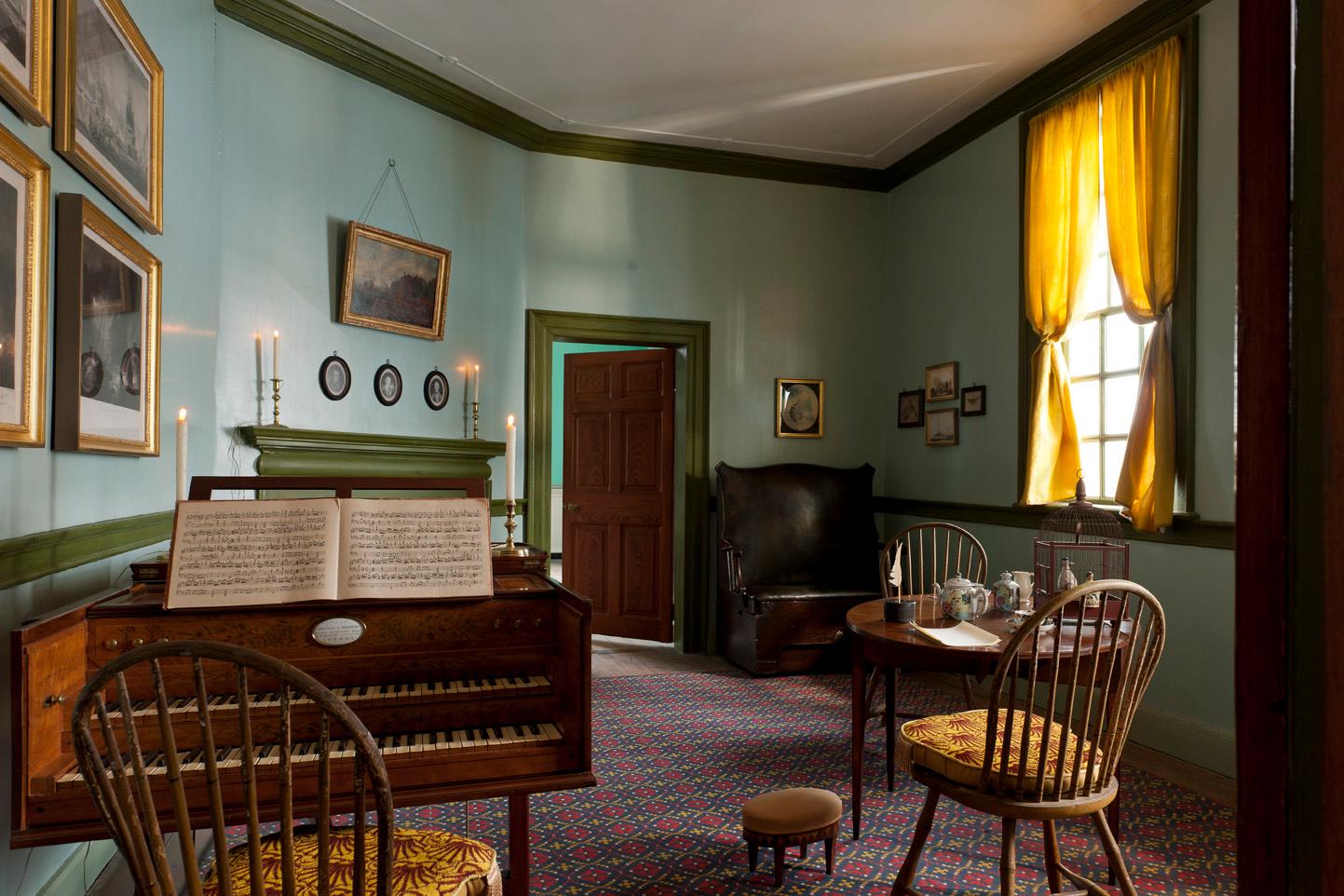 However, George and Martha Washington actually knew the Little Parlor as a bedchamber for most of their residency. Preparing to bring his new bride and her two young children to Mount Vernon in April 1759, Washington instructed that one of the two "best Bedsteads (be) put up" in the room.1

Physical evidence in the form of existing molding profiles, overall craftsmanship, and the earliest paint strata, strongly suggest the Little Parlor assumed its lasting appearance during Washington's major expansion and renovation campaign of 1775-1776. The only significant change to the space afterwards seems to have been the enclosure of a door opening in the west wall some time around 1797, when the room was re-christened a music room for Nelly Custis upon Washington's return to Mount Vernon from his presidency. Still referred to as a bedchamber in February 1797, its conversion back to a parlor coincided with the arrival of the magnificent harpsichord George Washington imported from London in 1793 as a gift for Mrs. Washington's youngest granddaughter, Nelly. 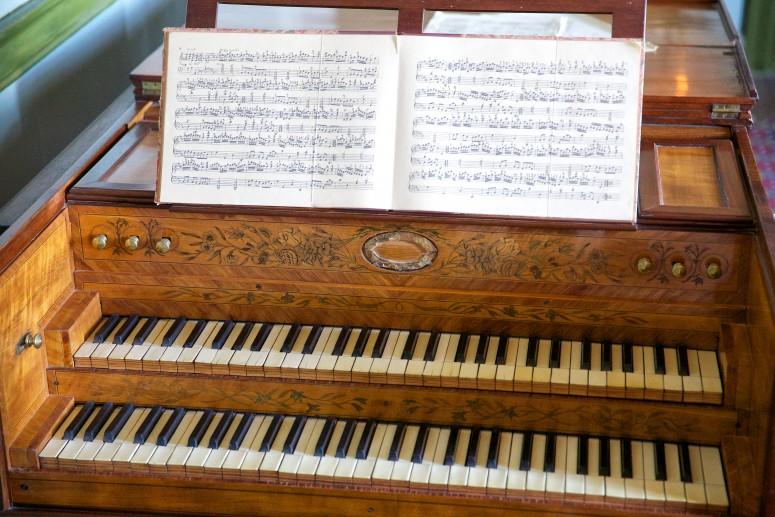 This was not just a music room, however. The "Setee bed and furniture" Washington purchased from Belvoir plantation in 1774 is believed to have been placed here, and indicates that the space could be transformed into a guest bedroom when necessary. Generally considered a private room, the Little Parlor never received the costly improvements Washington made to the more public spaces on the Mansion's main floor, only adding modest ceiling decoration during the 1780s. At the time of George Washington's death in December 1799, eighteen pieces of art covered the Little Parlor's walls, including six prints, two needleworks, and seven paintings, several of which guests described as being created by Nelly Custis.