The outbreak of the Civil War provided significant challenges to the preservation of Mount Vernon, as the sectional crisis occurred during the infancy of the Mount Vernon Ladies' Association. The violent nature of the conflict could have destroyed Mount Vernon as a physical structure while also tearing up the personal threads that bound the nascent Association. Despite the challenges, the Association was able to keep the property protected and open to the public during the war. 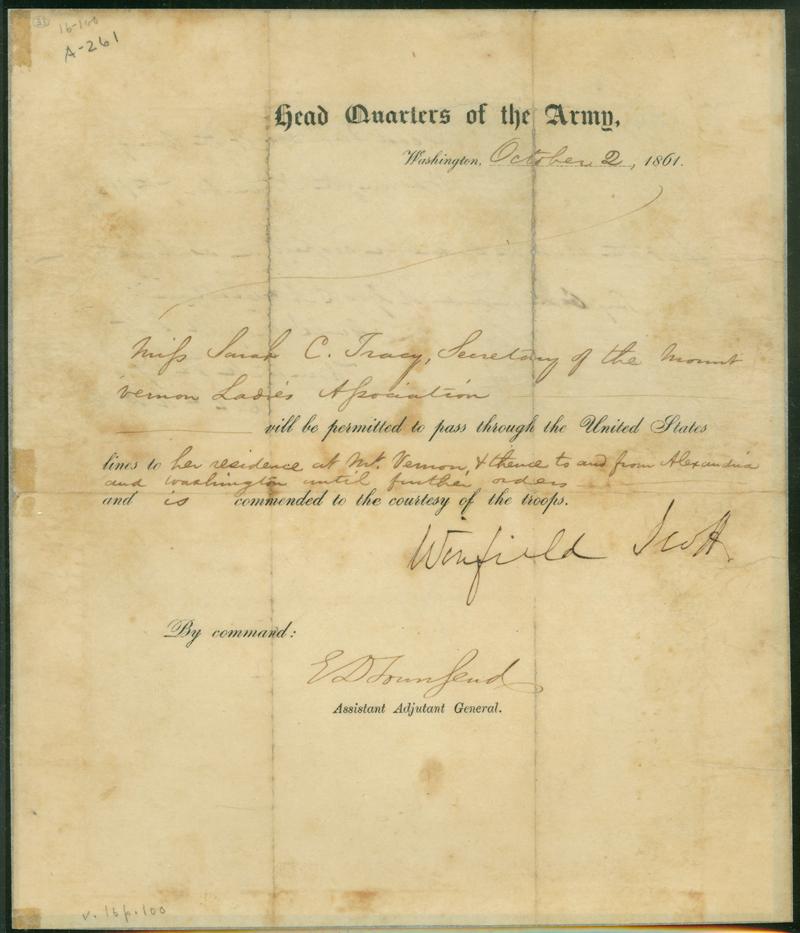 The Mount Vernon Ladies' Association took over operation of the estate in 1860 in an effort to stabilize and restore the mansion. As restoration efforts progressed, the political situation in the United States deteriorated. Mount Vernon, as a result, was in a precarious position. At the same time, Ann Pamela Cunningham was forced to return to her family home in South Carolina in the fall of 1860 to help run the family plantation following her father's death.

With the conflict making travel difficult for Cunningham, the estate was managed by two staff members during the Civil War; a Northerner and a Southerner. Cunningham's secretary, Sarah C. Tracy and Upton H. Herbert, Mount Vernon's first Resident Superintendent, managed the estate through the war years. There were also free African-American employees working at the estate, including Emily the cook, Priscilla the chambermaid, Frances, a maid, and George, the coachman and general assistant.1 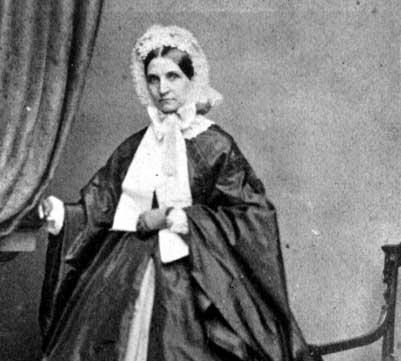 Cunningham believed that it was imperative that no military outposts were placed within the borders of the estate in order to physically protect the property. After a visit from Tracy, on July 31, 1861 General Winfield Scott issued Order Number 13, declaring the estate's status as non-partisan. A large proportion of the visitors during the war were still soldiers, though without military aims. Soldiers who visited the estate were requested to be neither armed nor dressed in military uniform. Such actions ensured that Mount Vernon remained neutral, respected grounds.

The end of the conflict had an immediate positive impact on the preservation of Mount Vernon. In November 1866 Cunningham was able to travel to meet with her Vice Regents and staff for the first time in six years. The Ladies' Association passed a resolution reflecting a new post-war optimism, expressing their "unqualified approval of the manner in which the Superintendent and the Secretary had discharged the arduous duties committed to their charge. . .under difficult circumstances, the Mansion and grounds under their charge have been so well preserved and protected."2 Despite the challenges, Mount Vernon remained safe and open throughout the war.