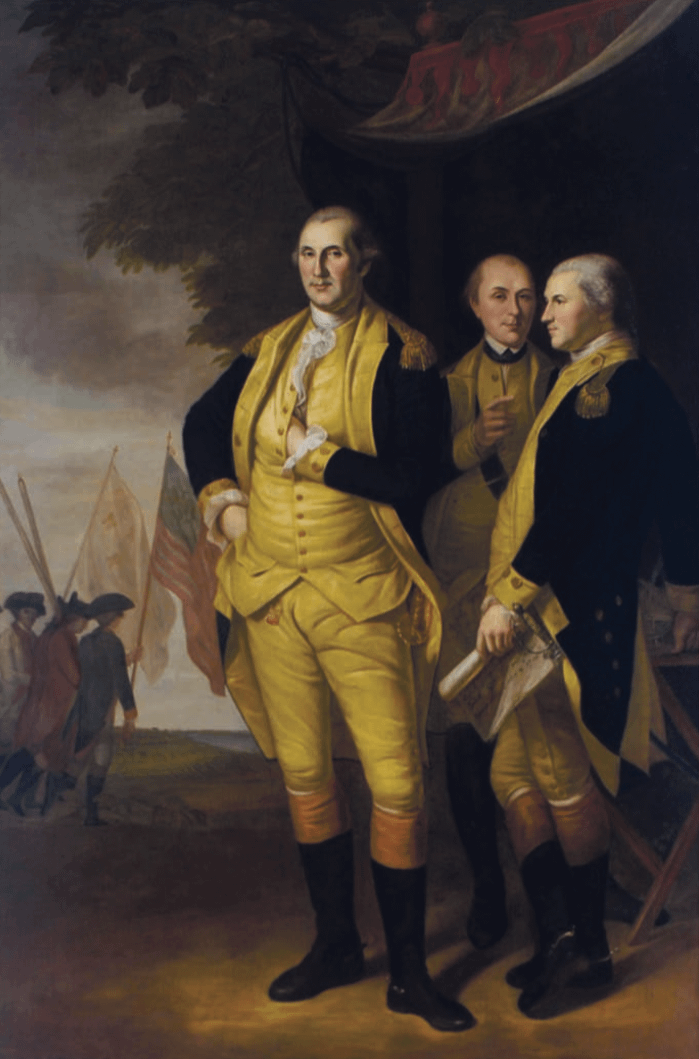 Of the thirty-two officers who assisted George Washington as aides-de-camp during the course of the War for American Independence, Tench Tilghman proved to be the Commander-in-Chief’s most loyal aide, serving with him from August 1776 to November 1783, far longer than any other.  After working closely with General Washington for only a few months in 1776, Tilghman would prophetically observe, “…indeed the Weight of the whole War may justly be said to lay upon his Shoulders…”

Born on Christmas Day in 1744, Tench Tilghman was the first child of James and Anna Tilghman of Talbot County, Maryland.  He was graduated from the College of Philadelphia in 1761 and afterwards remained in the city, entering into a mercantile partnership with an uncle.  But as tensions with Great Britain reached a boiling point, Tilghman terminated his business connections and volunteered with a light infantry company as a lieutenant.  He was also appointed by the Continental Congress as secretary to a commission to treat with the Six Nations Confederacy in the late summer of 1775.  By the following summer, independence had been declared by the “United Colonies” and Tilghman, now advanced to the rank of Captain, was part of Pennsylvania forces that were attached to the “Flying Camp” of the Continental Army.  In this capacity, he met George Washington and volunteered to serve as an aide-de-camp in August 1776.  Tilghman’s competence in drafting correspondence on Washington’s behalf, as well as his willingness to do whatever was needed at headquarters was a welcome addition to the General’s military family at a critical time.  Initially intending “not to stay with the Army longer than the active part of the Campaign” of 1776, Tilghman remained at the side of Washington, seeing action from the Battle of Trenton through the Siege of Yorktown.  He would eventually be officially appointed an aide in General Orders in June 1780 and receive a military commission of Lieutenant Colonel in May 1781, backdated - at his request, so as to not outrank two fellow aides - to 1 April 1777.

When the allied siege of the British Army at Yorktown ended, General George Washington chose Lieutenant Colonel Tench Tilghman to carry the official news of the victory to the Continental Congress in Philadelphia.  While preparations for peace negotiations were beginning afterwards, Tilghman was granted an extended leave of absence from the army in the spring and summer of 1782 to recuperate his health and to court a cousin, Anna Maria Tilghman.  They married the following summer and, settling in Baltimore, Tilghman resumed his mercantile business, this time associating with Robert Morris in Philadelphia.  Ill health, however, cut his new life short on April 18, 1786 at the age of forty-two.  Agrieved by his death, George Washington wrote to Tilghman’s father, “I can assure you Sir, with much truth, that after I had opportunities of becoming well acquainted with his worth, no man enjoyed a greater share of my esteem, affection & confidence than Colo. Tilghman…”