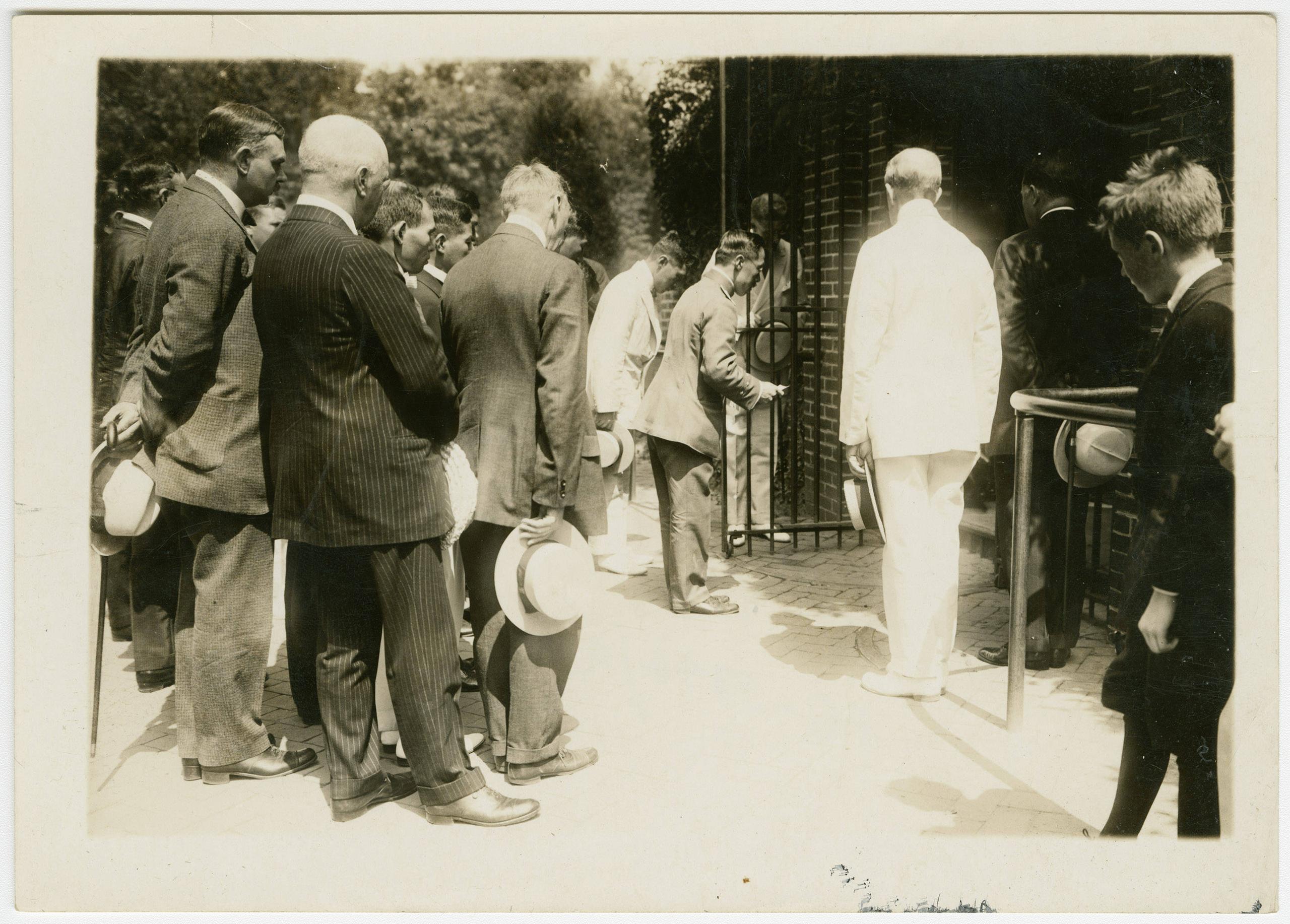 The Southern Strategy was a plan implemented by the British during the Revolutionary War to win the conflict by concentrating their forces in the southern states of Georgia, South Carolina, North Carolina, and Virginia. Although the British proposed plans for a southern campaign as early as 1775, the strategy did not come to full fruition until France became America’s ally following the latter’s decisive win at the Battle of Saratoga in October 1777. France’s subsequent entry into the war in February 1778 forced the British to reevaluate the war in America, which had become a military quagmire. British Secretary of State for the American Department, Lord George Germain, soon responded by turning to the Southern Strategy. The strategy depended upon the assumption that many southerners remained loyal to the British. American loyalist support never matched Germain’s expectations, however, and by 1781 the Southern Strategy failed to prevent British defeat in the war.

In late 1778, Germain directed the British to begin their campaign in the small, sparsely populated, and heavily divided colony of Georgia. The Southern Strategy initially achieved success there with the British capture of the colony’s major port, Savannah, and the defection of thousands of colonists to the British in December 1778. The next year witnessed continued success of the Southern Strategy when, due to a series of logistical and diplomatic blunders, a Franco-American siege failed to recapture Savannah. Perhaps the single-most devastating event for America in the entire war then occurred at Charleston, an American-held city since the start of the Revolution, in May 1780. After a six-week siege of Charleston by British land and naval forces, American General Benjamin Lincoln, outnumbered and outsmarted by British forces under generals Henry Clinton and Lord Charles Cornwallis, surrendered over five thousand troops and an ample amount of Continental supplies. American Major General William Moultrie of South Carolina, who aided the American forces defending Charleston against the British, remarked on the desperate state of the American cause, stating that “at this time, there never was a country in greater confusion and consternation.”1

After Charleston’s fall, Cornwallis, whom Clinton had appointed commander of the Southern Department before returning to New York, began the task of fanning his troops into the southern backcountry. The summer of 1780 was demoralizing not only for the South, but for the entire American war effort, especially after American General Horatio Gates’s humiliating defeat against Cornwallis at the Battle of Camden on August 16. As the British achieved initial success, however, their harsh practices in the South, such as the brutality of officers like Colonel Banastre Tarleton, began to incite feelings of resentment among southerners. Tarleton’s actions in allowing his cavalrymen to slaughter most of an American force at the Battle of Waxhaws in late May 1780 made him infamous for cruelty in the South. An American doctor present at Waxhaws recounted the massacre to be a “scene of indiscriminate carnage never surpassed by the ruthless atrocities of the most barbarous savages.”2 As a result, a fierce partisan war between an ever-growing number of American patriots and a shrinking number of loyalists ensued in the South from 1780 to 1782.

Cornwallis’s plan to subjugate the South involved turning control of one state after another to loyalists. The strategy failed, however, when patriot militiamen and even civilians attacked and gained control of loyalist strongholds left behind by Cornwallis’s main army. Guerilla bands led by backcountry patriots such as Thomas Sumter also began attacking supply trains of Cornwallis and his army. Southern patriot militiamen proved their growing strength over loyalist forces at the decisive Battle of King’s Mountain in the North Carolina backcountry in October 1780. The Battle of King’s Mountain produced the first major American victory in the South since Savannah’s capture, and boosted the morale of southern patriots. Continued success of Continental troops under the capable American general Nathanael Greene, who was chosen to head the Southern Department in 1780, also hastened the demise of Britain’s Southern Strategy as 1781 dawned.

George Washington’s most trusted commander, Greene pursued a successful Fabian strategy against Cornwallis’s army. By dividing his army and allowing Cornwallis to chase him through the Carolinas and into Virginia in early 1781, Greene and one of his equally capable generals, Daniel Morgan, secured victory over the British at the Battle of Cowpens in January 1781. Two months later, Greene secured another strategic victory even while technically losing at the Battle of Guilford Courthouse. Cornwallis lost a quarter of his army in the battle, leading him to abandon the backcountry of the Carolinas and move his army to Wilmington on the North Carolina coast to resupply and rest his troops. Cornwallis’s unsanctioned decision to then march his army to Yorktown, Virginia, effectively hastened the end of the British Southern Strategy.

Although British troops were still stationed at Charleston, Savannah, and Wilmington, Cornwallis’s retreat of the main British army in the South to Virginia allowed Greene’s army, which was still largely intact, to reclaim the Carolina backcountry. With Cornwallis’s evacuation, those loyalists who remained either fled or pledged allegiance to the patriots for fear of their safety. Meanwhile, Cornwallis skirmished with American troops in Virginia under the Marquis de Lafayette during the summer of 1781. In October, Cornwallis’s army fell under siege at Yorktown by American troops led by Washington and French troops led by the Comte de Rochambeau. The arrival of French ships on the York River pinned Cornwallis between the French Navy and the French and American troops, forcing him to surrender on October 19. With the surrender of the main British army operating in the South, the British Southern Strategy, as well as the major hostilities of the American Revolution, effectively ended.

1. William Moultrie, Memoirs of the American Revolution so far as it Related to the States of North and South-Carolina, and Georgia, (New York: David Longworth, 1802), 421.

Moultrie, William. Memoirs of the American Revolution so far as it Related to the States of North and South-Carolina, and Georgia. New York: David Longworth, 1802. Print.