Guy Carleton led the British defense of Quebec in 1775 and 1776 against American commanders Richard Montgomery and Benedict Arnold.

Located in Old Quebec, the Fortifications of Quebec are a Canadian National Historic Site and are open for visitors.

Born into the Anglo-Irish gentry, Carleton began his military career in 1742 at the age of 17, and served briefly in the War of Austrian Succession and in the British defense of Hanover during the Seven Years’ War. During this period, he became friends with James Wolfe who advanced Carleton’s career by appointing him Quarter-Master General during the campaign against New France and the capture of Quebec in 1759. Carleton was present at the Battle of the Plains of Abraham in which he was lightly wounded. He then saw considerable action in the Caribbean, and ended the Seven Years’ War as a colonel.1 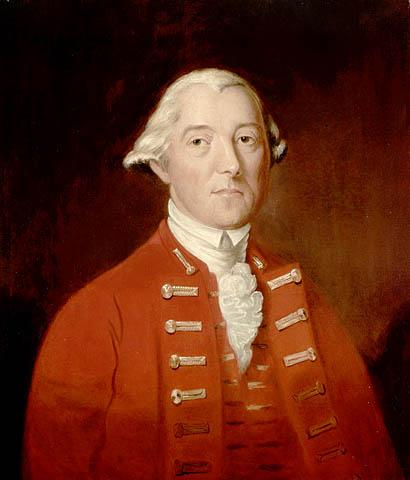 In 1766, Carleton was appointed acting Lieutenant Governor of Quebec, and then Governor in 1768. Much to the chagrin of English-speaking American colonists who poured into Quebec after the conquest, Carleton advocated preserving many aspects of French Canadian governance, including the Catholic Church, writing that British-style representative assemblies were doomed to failure “because it is impossible for the Dignity of the Throne, or Peerage to be represented in the American Forests.”2 Carleton’s outlook was instrumental in drafting the Quebec Act of 1774, which expanded the borders of the province, restored French Civil Law and tithes to the Catholic Church, and perhaps most troublesome for American colonists, did not include an elected assembly or the right of habeus corpus. American Revolutionaries considered the Quebec Act despotic, and included it among the hated “Intolerable Acts.” It is considered a cause of the American Revolution.3

In May 1775, news of the Battle of Lexington and Concord reached Quebec, and Carleton sent more than half of his garrison to assist Thomas Gage in Boston. Left with few regular troops, Carleton’s efforts to form effective fighting units from the French Canadian population met with limited success, and he was reluctant to employ First Nations warriors who offered their services.4

Carleton’s defense against Montgomery and Arnold’s Quebec Campaign of 1775-1776, while successful in the end, showcased the fact that the General’s talents lay more in administration and diplomacy than in war. He overestimated the loyalty of the French Canadian population and their willingness to fight for the British against the invading Continentals. Likewise, Carleton underestimated the revolutionary fervor of the Thirteen Colonies and its influence in Quebec. Continental forces captured the strong points of Ticonderoga, St. Johns, and Montreal, laying siege to Quebec City in November 1775. Carleton repulsed an attack on Quebec by American forces on December 31, in which the American commander, Major General Richard Montgomery, was killed. Despite their defeat, the Americans maintained the siege until it was lifted with the arrival of British reinforcements under John Burgoyne in May 1776. Carleton then lead the pursuit of Continental forces which culminated in the British victory at the Battle of Valcour Island on Lake Champlain in October. Although victorious, the American force successfully prevented Carleton from invading New York before the onset of winter. The Governor was incensed the following year when Burgoyne was granted command of the ill-fated Saratoga Campaign. Carleton demanded to be recalled to Great Britain, and was replaced as governor by Frederick Haldimand.5 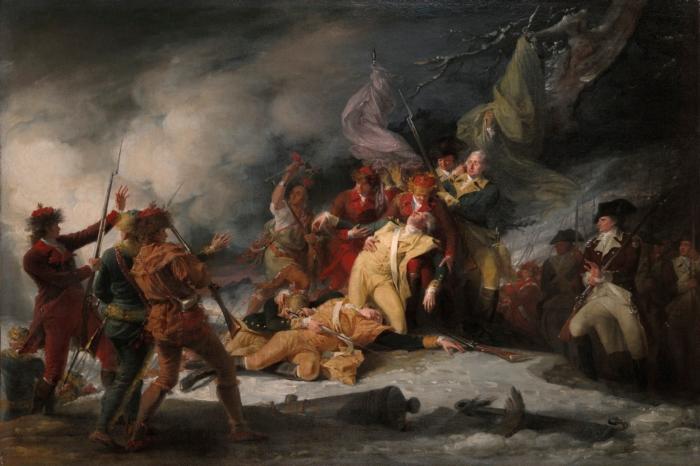 Knighted for his efforts in Canada, Carleton returned to North America as Commander-in-Chief of British forces in 1782. He became a champion of the loyalists and felt that they were grossly mistreated and neglected in the final terms of the Treaty of Paris. He was even more incensed that it fell to him as the British commander in New York to implement the treaty’s provisions. Though not an abolitionist, Guy Carleton was a staunch defender of British promises of freedom for escaped slaves who had found refuge behind British lines. He ordered careful records kept (known as “The Book of Negroes”) of all former slaves granted their freedom by British authorities who were then evacuated from New York in 1783.6

The evacuation of former slaves was a point of controversy between Carleton and George Washington when they finally met face-to-face in May 1783. Washington argued that the removal of former slaves was a breach of the peace treaty, to which Carleton replied that honor demanded Britain’s promises of freedom made before the treaty be kept. Washington dropped the issue, and historians have applauded Carleton’s “principled defense of the black loyalists,” but the dispute over compensation for slave holders continued.7

In 1786 Carleton was ennobled as the First Baron of Dorchester for his services to the Crown and he returned to North America as both Governor of Quebec and Governor-in-Chief of all the remaining British provinces. His primary task was to find a constitutional way to satisfy the thousands of loyalist newcomers who resented the presence of French Civil Law and land tenure in Quebec, while still maintaining the loyalty of the French Canadian majority. Though Carleton was unable to find a suitable compromise, Parliament debated and passed the Constitutional Act of 1791 which split Quebec into English-speaking Upper Canada (present-day Ontario) under English Common Law with its own assembly, and the French majority Lower Canada (Quebec).8

Carleton presided over the constitutional changes, and returned to England in 1796, passing away in 1808 at the age of 84.

Sir Guy Carleton, Lord Dorchester, is memorialized across Canada in the names of dozens of towns and villages, as well as Carleton University in the nation’s capital, Ottawa.