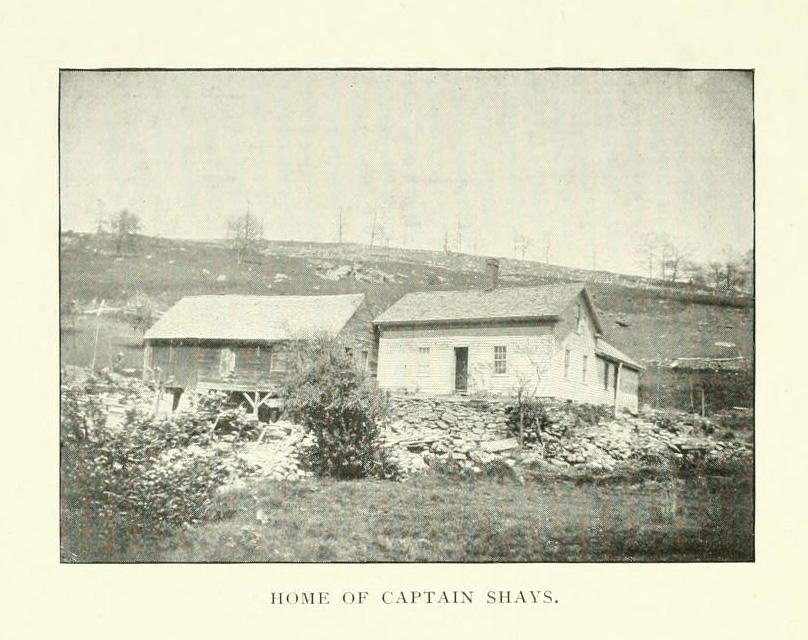 A violent insurrection in the Massachusetts countryside during 1786 and 1787, Shays' Rebellion was brought about by a monetary debt crisis at the end of the American Revolutionary War. Although Massachusetts was the focal point of the crisis, other states experienced similar economic hardships. In particular, Continental Army and state militia veterans struggled, as many received little in the way of pay or reimbursement for their military service. Among these disgruntled former soldiers was the Continental Army Captain Daniel Shays, who led a violent uprising against debt collection in Massachusetts. The rebellion set the stage for George Washington's return to political life and highlighted weaknesses inherent within the Articles of Confederation. The United States emerged after Shays' Rebellion a stronger nation, with a new Constitution and George Washington as its first President.

Following the Revolutionary War, merchants in Europe and America felt a need to rein in the enormous debts they were owed, refusing further loans while also demanding payment in cash for any future goods and services. This demand for hard-currency caused a chain reaction, eventually placing the average American borrower under unrealistic schedules of payment given the small amount of cash in circulation. As rural farmers began to lose land and property to debt collectors, hostile sentiments boiled over, especially among those owed payment for military service. In September 1786, Henry Lee wrote to Washington that the restlessness was "not confined to one state or to one part of a state," but rather affected "the whole."1 Washington wrote to friends such as David Humphreys and Henry Knox, conveying his alarm at the turn of events in the states, and in response received reports that confirmed his fears.

Protests in western Massachusetts grew more tumultuous in August 1786 after the convening of the state legislature failed to address any of the numerous petitions it had received concerning debt relief. Daniel Shays quickly rose among the ranks of the dissidents, having participated in the protest at Northampton courthouse in late August. Shays' followers called themselves "Regulators," in reference to a reform movement in North Carolina that occurred two decades earlier. After the state legislature failed to address the group’s petitions, Shays led organized protests at county court hearings, effectively blocking the work of debt collectors. In response to the growing crisis, Washington wrote desperately to Humphreys, worried that "commotions of this sort, like snow-balls, gather strength as they roll, if there is no opposition in the way to divide and crumble them."2

By December 1786, the conflict between eastern Massachusetts creditors and western rural farmers escalated. Massachusetts Governor James Bowdoin mobilized a force of 1,200 militiamen to counter Shays. The army was led by former Continental Army General Benjamin Lincoln and funded by private merchants. Lincoln's forces anticipated that the Regulators would storm the federal armory at Springfield, Massachusetts, and were waiting when Shays approached the armory with approximately 1,500 men on January 25, 1787. The army fired warning shots followed by artillery fire, killing four of the insurgents and wounding twenty. The rebel force quickly faltered and scattered into the countryside. Many participants were later captured and most men, including Shays, eventually received amnesty as part of a general pardon.

In February 1787, once Shays' Rebellion had been quelled, Knox reported to Washington on Lincoln’s successful operations. Washington replied to Knox that "On the prospect of the happy termination of this insurrection I sincerely congratulate you; hoping that good may result from the cloud of evils which threatened, not only the hemisphere of Massachusetts but by spreading its baneful influence, the tranquility of the Union."3 The rebellion called into serious question the state of the country's finances and the viability of the weak national government under the Articles of Confederation. Shays' Rebellion accelerated calls to reform the Articles, eventually resulting in the Philadelphia Convention of 1787. The Convention elected Washington as its president and ultimately produced the Constitution of the United States. Thus, in no small way, Shays' Rebellion contributed to Washington’s return to public life and the creation of a strong federal government more capable of addressing the pressing economic and political needs of a new nation.