George Washington was particularly interested in developing donkeys and mules for use on the Mount Vernon farms. 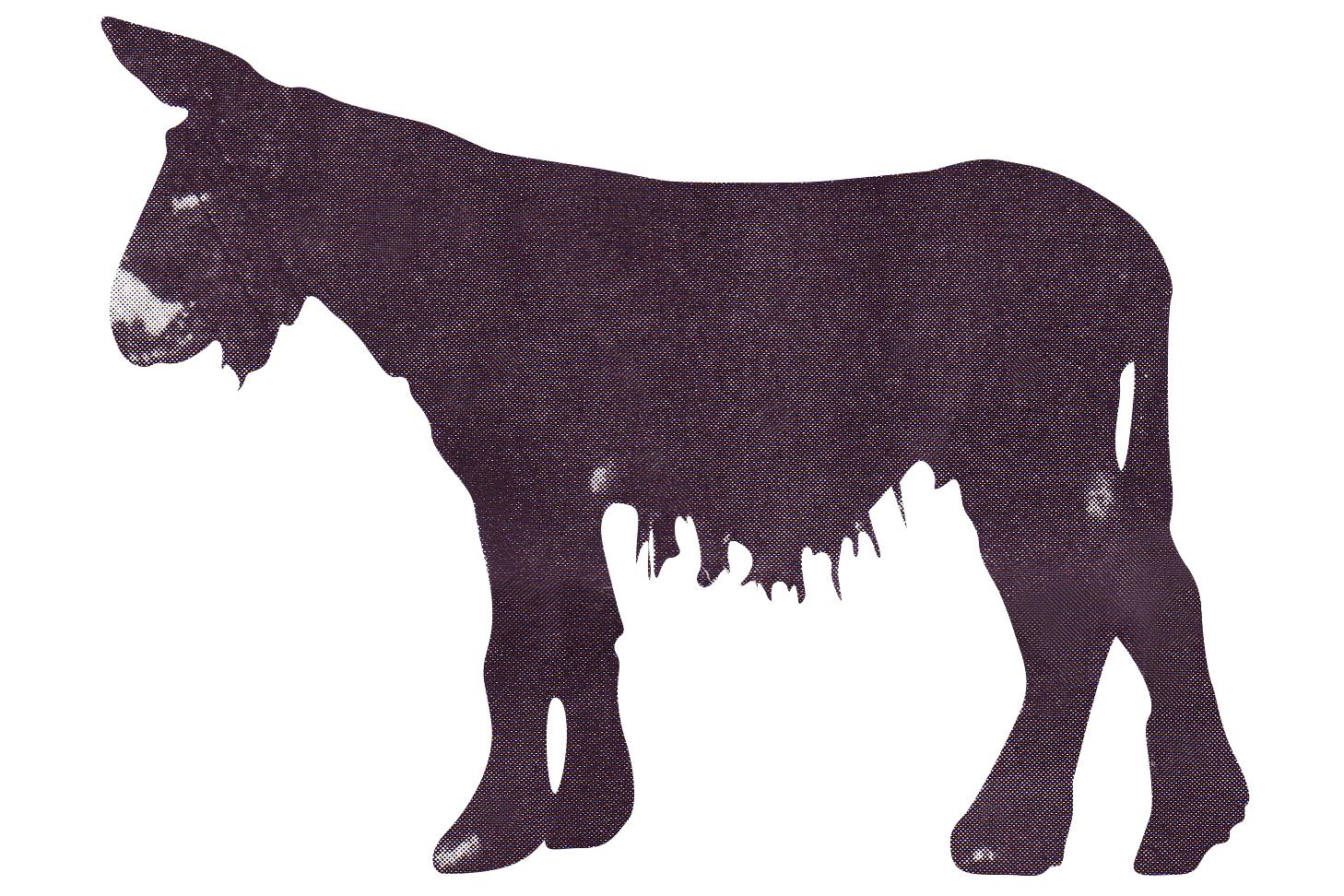 Royal Gift was the name George Washington chose for the Spanish jack that King Charles III of Spain gave to him in November 1784. The prized animal arrived at Mount Vernon one year later.

Washington had made several previous attempts to buy a donkey from Spain. The animals had an international reputation for being the best of their kind. His intention was to crossbreed a jack with his mares to produce a robust equine hybrid: the mule.

Few mules existed in the early United States. Those that were available were of poor breeding as a result of the inferior quality and scarcity of jacks as well as jennets in the country. Washington believed that robustly bred mules would revolutionize agricultural work and transportation by improving the overall labor efficiency involved with these tasks, given its superior aptitudes and smaller food consumption than other beasts of burden.1

Learn more about Royal Gift on our podcast, Conversations at the Washington Library.

Washington’s first attempt to purchase a Spanish jack was carried out in the middle of the Revolutionary War through Juan de Miralles, a Spanish agent. Unfortunately, when de Miralles went to visit General Washington in Morristown, New Jersey at the end of April 1780, he passed away.2 Further inquiries over the next several years always resulted in failure. Finally, a private company managed to satisfy Washington’s request, after he had already stepped down from his position in the Continental Army and retired to his plantation and its affairs.3 Only one great inconvenience stood between the retired General and his prized jack: exporting livestock from Spain without the consent of the king was strictly prohibited. One of the partners in this company operating out of Spain solicited help from the diplomatic representative to Spain for the United States, William Carmichael, who relayed Washington’s request to the Spanish Secretary of State, Conde de Floridablanca, to obtain the necessary royal consent.4 Upon realizing the notoriety of the person to which this concession was to be made, the king graced the former General with a gift of two of the finest pure-bred Spanish donkey stallions.5 The king consented to two jacks in part to ensure that at least one would reach its intended destination by sending them separately.

The Court of Spain gave instructions to purchase the animals in what is now known as the province of Zamora along Spain’s northwestern border with Portugal because of the region’s prominent reputation for producing donkeys of excellent breed. The jacks were bought to two villages south of the city of Zamora and were led separately to Bilbao on different dates.6  A Spanish company handled the task of boarding them on separate brigs for transport to the United States as well as disembarking them in two different ports in Massachusetts.7  The second jack was accompanied by the Spanish stable lad Pedro Téllez, who had led the animal to the port from Zamora.8

Far from being a mere anecdote, this diplomatic gift curiously occurred in a crucial moment in the relationship between the new Confederation of United States and the Spanish Empire. Spain had declared war on England during the American Revolution, they were now neighbors in peace, sharing a great border, where Spanish and American interests did not always align. Charles III’s gift to Washington was designed in part to cement the friendship between the two nations.9

Although one of the jacks did not survive the transatlantic crossing, the other arrived in Gloucester, Massachusetts on September 26, 1785.10  The gift was received with great public acclaim in America. Numerous newspapers published remarks on its arrival, highlighting the gift’s recipient, his royal benefactor, and the nature of a gift itself: an imposing stud, the likes of which had never been seen in America. 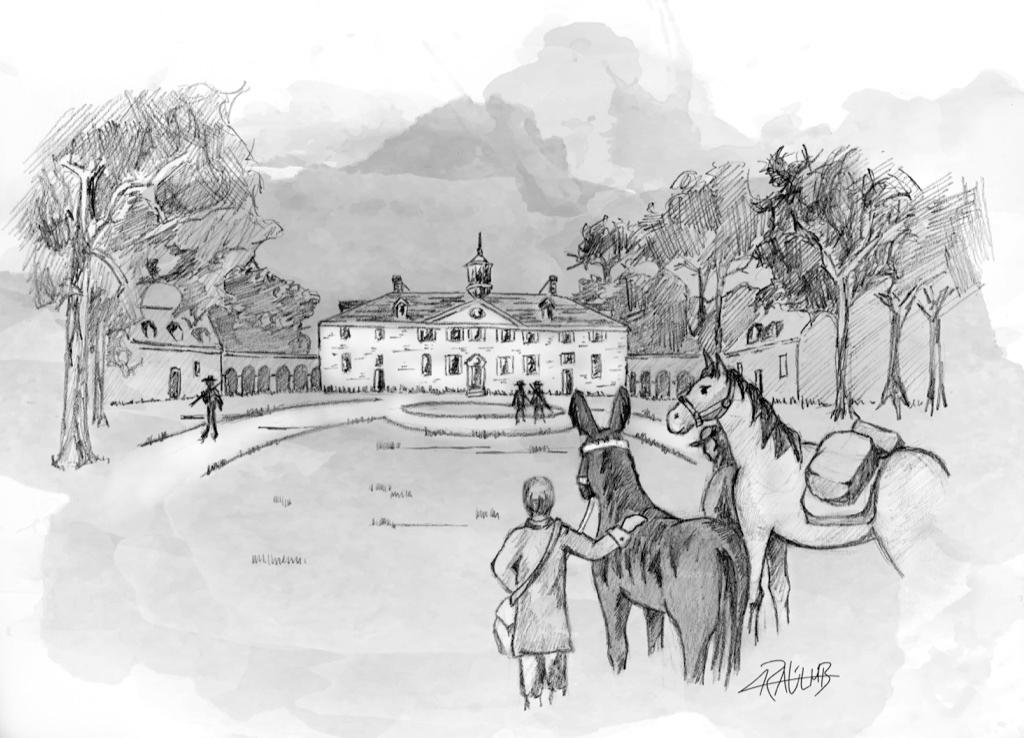 When the animal arrived in Boston, the lieutenant governor of the state, Thomas Cushing, notified Washington, who sent John Fairfax, an overseer of Mount Vernon, to carry out the plan he had designed to lead the handler and the Spanish jack to his plantation.11 They left Boston in early November and walked for 25 days until they reached their destination on December 5.12

Washington immediately began making all the necessary preparations for the forthcoming mating season, but not only for his own mares. He announced the arrival of his Spanish stallion named Royal Gift in hopes that other plantation owners might wish to breed their own mules and donkeys.13  However, their complete lack of experience in how donkeys mate with mares produced disappointing results of that first mating season, although it did serve as a learning experience.14

According to the advertisement of the first season in 1786, the donkey stallion was four years old; between 14½ and 15 hands high (4’10”-5’0”) with the heavy and boney constitution of a slow animal yet strong enough to pull heavy loads; dark colored with its underside and interior of the legs being of a lighter color.15 Washington himself described it as having a very large body and extremities for its height and an overall “disproportionate size” compared to the few existing jennets at that time in the country.16  The descriptions of the animal unmistakably describe its origin: purebred Zamorano-Leonesa (in modern terms).17

The annual mating season ran from April to the beginning of August and, with the exception of the first season, Royal Gift was advertised every year in Virginia and Maryland newspapers. These advertisements appeared alongside those of other equine stallions of Mount Vernon and included their attributes, prices, and other details. Even so, long before he began advertising the donkey’s breeding services in the local papers, news of the Spanish stallion’s arrival in the United States inspired breeders from other states to inquire with Washington about gaining access to the jack.18 Washington himself took the pains to acquire jennets from other countries to mate with Royal Gift in order to preserve the breed.

Washington remained attentive to matters on his plantation, including his jack, mares, and mule breeding even after he once again became involved in national affairs. Even after he took office as the first president of the United States in early 1789, living first in New York and then Philadelphia for eight years, Washington kept up to date with Royal Gift’s health and progress. For example, soon after accepting the presidency, he purchased around thirty mares in Pennsylvania for breeding with his prized Spanish jack.19 Additionally, he took responsibility for preparing the advertisements for mating season every year, although he never appeared explicitly as their author.

In his presidential visit to the southern states in May 1791, he promised to send Royal Gift to South Carolina in return for a share of the profits obtained from the operations, mostly in response to the pressure exerted by a group of the southern gentry represented by his second cousin William Washington.20 Consequently, these gentlemen hastened to purchase a significant number of jennets from the other side of the Atlantic in order to obtain the same breed of donkey as the president’s jack.21

In mid-September of that same year, Royal Gift was sent from Mount Vernon to the plantation of Sandy Hill, twenty-five miles west of Charleston, SC. This second long journey would prove to fatal to Washington’s prized stallion. During the twenty-nine-day journey, the jack’s guide stopped frequently to put the animal on display, and then pressured it to make up for the lost time.22 As a consequence, the donkey suffered from a long and insidious hoof-related malady. Notwithstanding its injuries, Royal Gift was forced to carry out his mating duties for two irregular public seasons on a plantation north of Charleston. It eventually died in April 1796.23

Royal Gift bred with a significant number of mares and jennets during the mating seasons at Mount Vernon, not only with those from Washington’s stable but also with equine females from other plantations in Virginia and Maryland. In South Carolina it was less prolific because of his grave infirmity. Nonetheless, the stud mated with mares and jennets belonging to the most influential members of society in both places. When the jack died, it had left behind a genetic imprint through its descendents that would last for generations. Breeding it with local mares produced a much improved version of the mule and soon became the common practice: using a well-bred paternal jack and mare to obtain a mule (as opposed to a hinny) with great aptitudes for farm work. Its genealogy soon emerged as a reference for other landowners who advertised their own jacks, just as it later became common practice to import pure-bred jacks and jennets from Spain, following in the footsteps of the great founding father.

Royal Gift was the most famous donkey stallion in the history of the United States and Spain. Its name, its legacy, and a myriad of myths and legends regarding its history continue to this day. 24