Robert Morris was instrumental in organizing and financing the Continental and French armies movement from New York to Virginia during the Yorktown campaign. 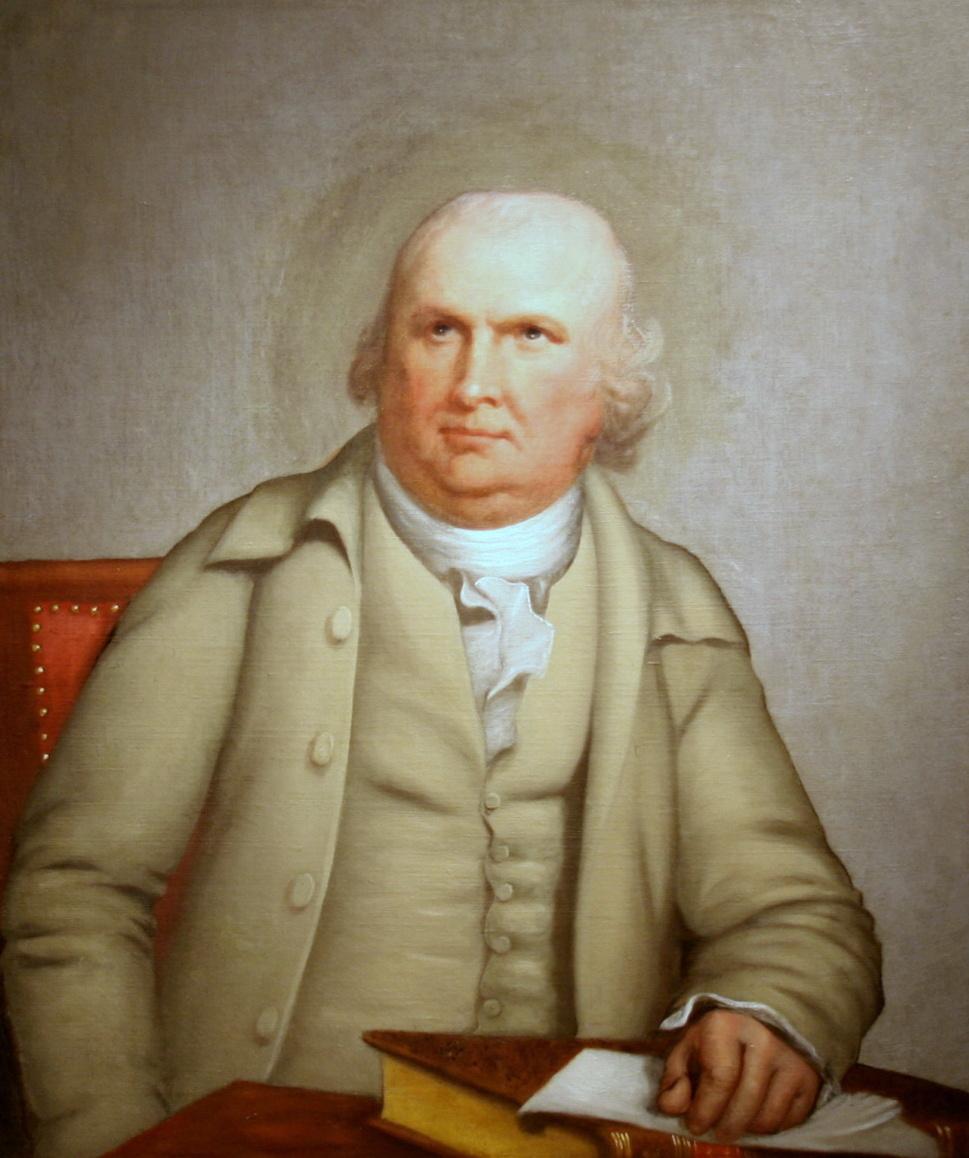 Robert Morris was a financier of the American Revolution, delegate to the Second Continental Congress, signer of the Declaration of Independence, and senator from Pennsylvania. Given Morris’s personal wealth and financial acumen, Congress appointed him superintendent of finance in 1781, which gave him sole authority over financing and supporting the Continental Army during the Revolutionary War.

Morris was born in Liverpool, England, on January 1, 1734, and immigrated to America when he was thirteen to join his father who was working as a merchant in Oxford, Maryland. Two years after his arrival, Morris was apprenticed to a shipping company owned by prominent businessman Charles Willing. Morris ascended the company ranks and was made partner with the owner’s son Thomas Willing in 1757.

Through the success of his shipping company, Morris became one of Philadelphia’s wealthiest and most reputable citizens. In 1775 he was elected to the Pennsylvania State Assembly, where he served alongside Benjamin Franklin. While a member of the state assembly, Morris was elected to the Committee of Safety, which was charged with arming the state’s militia, building forts on the Delaware, and procuring munitions. In November 1775, the legislature selected Morris to serve as a delegate from Pennsylvania in the Continental Congress. He served on multiple committees, including the Secret Committee, which procured arms and munitions for the Continental Army, and the Committee of Secret Correspondence, which worked covertly to secure alliances with foreign nations. Morris’s shipping firm was entwined with the official business of the Congress.

Morris left public office in 1779 after the accusations of misconduct, but soon returned to politics. The Congress appointed him superintendent of finance in 1780, which he officially accepted in 1781, and held until 1784.  As a requisite for accepting the powerful position, Morris wanted two specific demands to be guaranteed to him: unilateral power in dismissing any employee within the treasury, and to maintain his merchant ties made while in private business. The need for Morris to accept the position is evident in Congress’ granting of these requests. In July 1781, Morris wrote with confidence to George Washington that he would soon have the means to support the general’s army: “. . .be assured that it shall be my study to guard you as much as possible against, the distress and perplexity that arise from want of Provisions &c. and if several Legislatures will only do their part with vigour I shall have the strongest hopes of putting a much better face on our monied affairs in a short time. . .”1

Morris indeed took swift action as the superintendent of finance. He believed Congress needed the power to tax, and sought to levy an impost in 1781 to pay for the war debt. Again, the Articles of Confederation impeded the legislation because the Articles required unanimous agreement among the states to make any amendments. While twelve states agreed to the impost, Rhode Island refused, and the proposal failed.

While his impost failed, Morris succeeded in establishing a national bank. In May 1781 Morris informed Alexander Hamilton, who would later create a new National Bank under the United States Constitution, of the approval of the bank’s charter: “You will very soon see the plan of a Bank published and Subscriptions opened for the establishment, having already met with the approbation of Congress.”2 Fellow members of Congress questioned the legality of a bank, but realized the need and granted a charter; the bank opened for business on January 7, 1782, in Philadelphia. The bank would be privately owned, funded through subscribers, and governed by its investors. With the government having no power of taxation, the bank would provide an alternative source of revenue by using the capital gained through its investors to ameliorate the national debt. Also, through a national circulation of its notes, the bank was intended to put an eventual end to the need for state emissions of currency, which increased inflation in the country.

Morris also called for establishing a national mint to create a uniform currency in the states. This would provide for easier transactions and make counterfeiting currency more difficult. Congress, however, did not consider the issue a pressing matter and postponed a decision on its approval until a later date. The Coinage Act of 1792 established the first national mint, which enabled the government to coin a uniform currency and become the sole producer of currency in the United States, with the states being prohibited from coining money as expressed in the federal Constitution.

During his tenure as superintendent, Morris brought drastic changes to the structure of the Treasury. It had previously been a five-member group, which made only sporadic reports to Congress on its transactions with foreign loans and requisitions received from the states. Morris personally appointed tax collectors who issued monthly reports published in the state newspapers. Morris believed such public pressure was the best way to influence the states to keep up with payments of requisitions and thereby reduce the nation’s debt and improve its credit. These implementations for improving the national credit and funding the war debt succeeded in increasing the trust of foreign allies and contractors to provide loans and contracts to support the army.

In 1782, Morris began land speculating, partnering with John Nicholson, comptroller of Pennsylvania, and James Greenleaf, the former American consul to the Dutch Republic. Morris purchased millions of acres of land at expedient rates without securing buyers or making any plans for repayment. In addition to his increasing debts with creditors for his land purchases, Morris hired Pierre L’Enfant, famed designer of the federal District of Columbia, to design and construct an exuberant mansion for himself and his family in Philadelphia in the 1790s. The project was never completed and contributed to his insolvency, leading many Philadelphians to call it “Morris’s folly,” a symbol of his downfall.

In February 1798, Morris was sent to the debtor’s prison in Philadelphia. He was eventually released due to the first bankruptcy law passed in America in 1800. After his release, he attempted to return to business ventures, but his reputation was too sullied to continue. The man who helped to rescue the American Revolution by establishing America’s public credit and securing funding in his role as superintendent of finance was ultimately undone by his own personal finances. Robert Morris died on May 8, 1806.

Schoderbek, Michael P. “Robert Morris and Reporting for the Treasury Under the  U.S. Continental Congress.” The Accounting Historians Journal 26, no. 2 (1999): 1-34.