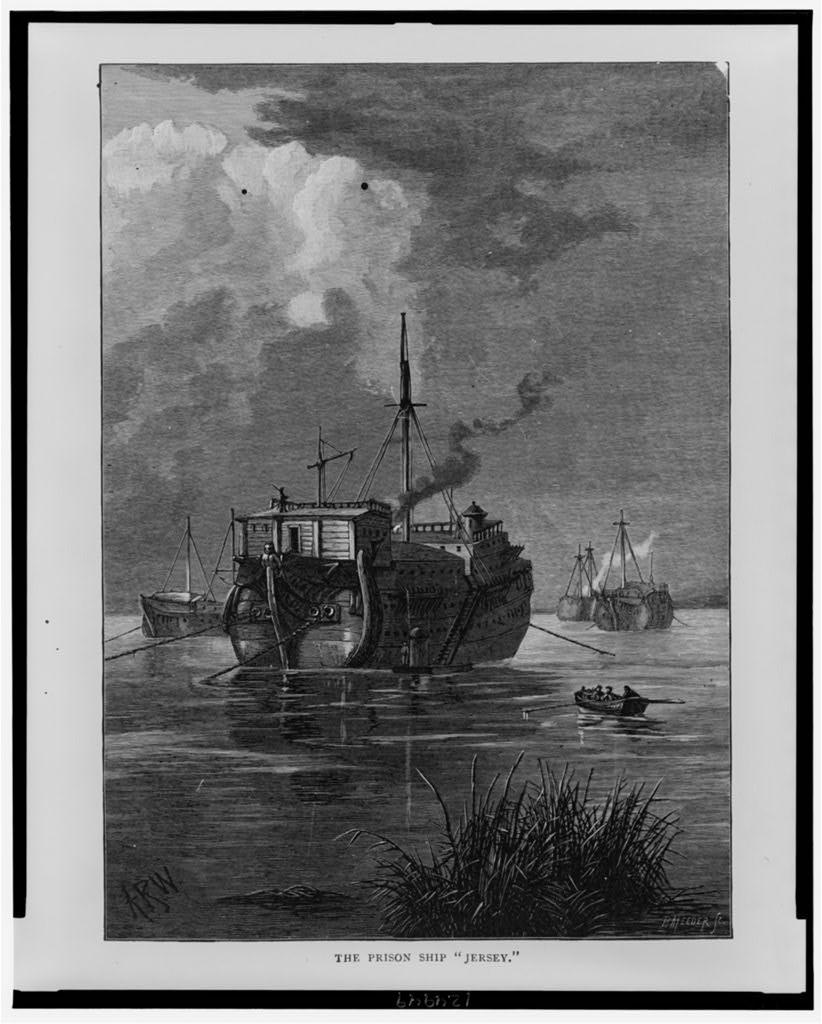 Prisoners of War (POWs) are combatants captured and held by the enemy during periods of open conflict. During the American Revolution, thousands of soldiers, militiamen, and civilians were taken prisoner and their presence strained the resources of the British and Continental forces alike. The situation of Patriot and Loyalist prisoners was complicated by their status as rebels and traitors, thus their treatment could be inconsistent and often quite severe. As in many early modern conflicts, the unsanitary conditions of rudimentary prison facilities caused far more deaths than actual combat.[1]

Prisoners captured on European battlefields historically faced a very uncertain fate. Ransom, slavery, starvation, disease, and even execution were all potential outcomes for captives until the early modern period. Following the destructive conflicts of the seventeenth-century and inspired by ideals of the Enlightenment, European states adopted standardized customs of prisoner exchange and committed, rhetorically at least, to humane treatment for the rank and file. These rules governing the treatment of prisoners were not, however, codified in law. Rather, by the eighteenth century, soldiers and officers taken prisoner could expect to be treated according to widely accepted custom. [2]

In wars between sovereign European states, treatment depended on rank. Officers were normally permitted generous freedoms. Upon giving their word that they would not escape nor engage in combat until they were exchanged, officers lodged comfortably and unsupervised in private homes. Common soldiers’ treatment depended on the availability of space and food. They were usually granted two-thirds of the daily rations of a soldier in the field and were confined in camps, stockades, or prison ships while they awaited exchange or the end of hostilities. Escape was considered a form a desertion for common soldiers and dishonorable oath-breaking for officers.[3]

The American Revolution complicated these accepted customs. From the British perspective, the conflict was an internal rebellion, therefore the standards of prisoner treatment in wars between sovereign European states did not apply. They denied captured Patriot soldiers and militiamen the official status of prisoners of war in the early years of the conflict. It was only after American forces captured significant numbers of British and Hessian soldiers and officers at the Battle of Saratoga in 1777 that fear of retaliation compelled the British to accept the necessity of improving conditions for Patriot prisoners.[4] As a point of honor, however, prisoner exchanges, known as cartels, remained ad hoc and were carried out under the authority of commanding officers and not under the name of the Crown or Congress, lest it be construed that the British recognized American independence.[5]

After Washington’s defeat at the Battle of Long Island in 1776 and his subsequent evacuation of New York, thousands of Continental troops and militia were taken prisoner and held in prison ships anchored offshore and in warehouses in the city. Philip Freneau was among the Americans held in the most notorious prison ship, the Jersey. He penned a widely distributed poem about his experiences in the cramped, vermin infested, and disease riddled prison ship, which enflamed popular opinion:

The various horrors of these hulks to tell

These Prison-ships where pain and sorrow dwell;

Where death in tenfold vengeance holds his reign,

This be my task – ungenerous Britons you,

Conspire to murder those you can’t subdue…[6]

Though estimates vary, between eight and eleven thousand American prisoners (or perhaps higher) died in British custody in New York. These deaths were not caused by a deliberate policy, but rather through poor or indifferent planning and care. British generals permitted Elias Boudinot, the American commissary general for prisoners of war, to inspect, resupply, and improve living conditions onboard the prison ships, but neither side had the resources nor the will to prevent this humanitarian disaster.[7] Indeed, historian Caroline Cox convincingly argues that neither the British nor the Continental forces had anticipated or were prepared for the number of prisoners they took.[8]

George Washington played an active role in negotiations and disputes over the proper treatment of prisoners and was particularly sensitive to abuse and disrespect directed at his captured Continental officers. Especially early in the conflict, British and Hessian troops sometimes refused to acknowledge the rank of seemingly rustic American officers.[9] In 1775, Washington personally warned General Thomas Gage about mistreating Continental prisoners, and reminded him that the “Obligation arising from the Rights of Humanity, and claims of Rank are universally binding, and extensive,” adding the chilling warning “except in case of Retaliation.”[10] 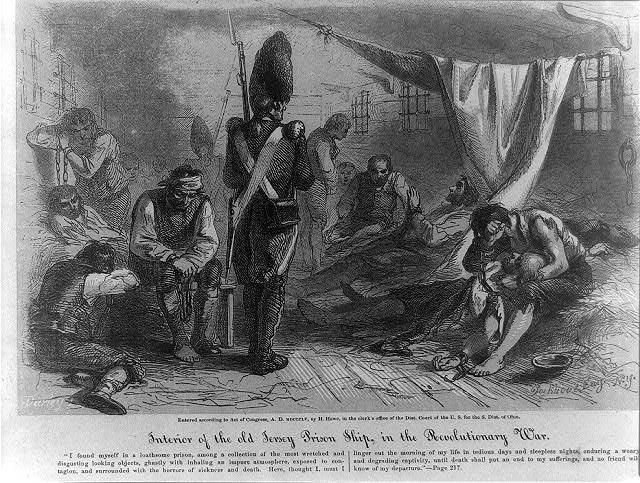 For their part, British commanders were unimpressed with Patriot claims to the moral high ground and pointed out numerous instances of abuse suffered by Loyalist prisoners. General Burgoyne warned of the “horrors of retaliation” after Loyalists were refused quarter on the Saratoga Campaign. Lord Cornwallis also protested over the execution of captured Loyalist officers and militiamen after the Battle of King’s Mountain in 1780.[11] The status of Loyalist prisoners was perhaps the most complicated of any combatants in the American Revolution since the Patriots considered them traitors to their respective states, even if they were in uniform and bore British commissions. The failure of British commanders to actively support Loyalist prisoners and retaliate for Patriot abuses compelled the Board of Associated Loyalists to take matters into their own hands and murder their prisoner Joshua Huddy in 1782. This lead to the infamous Asgill Affair in which Washington threatened reprisal on a randomly selected British prisoner.

In 1782, the British military negotiated a formal cartel for prisoner exchange with the Continental Army, with American officers recognized on equal terms with their British counterparts.[12] The acceptance of Continental soldiers as legitimate prisoners of war was an important step towards Britain acknowledging American independence.

[1] Edwin Burrows, Forgotten Patriots: The Untold Story of American Prisoners During the Revolutionary War (New York: Basic Books, 2008), 201. Burrows argues that perhaps as many as 15000 or more American prisoners died during the conflict, vs. 6824 combat deaths.