On April 14, 1789, George Washington was informed that he received the Electoral College's unanimous vote as first President of the newly formed United States of America. Charles Thomson, the Secretary of Congress, arrived at Mount Vernon to share the news. Washington accepted the honor with a brief speech and two days later departed his Virginia estate for New York, the new nation's capital. The President-elect and his party arrived in New York on April 23, and Washington was inaugurated at Federal Hall a week later on April 30, 1789. 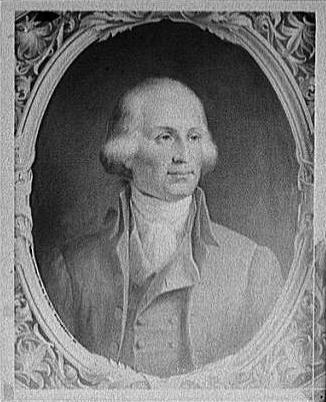 In preparation for Washington's arrival in New York, Congress quickly moved to select a dwelling suitable for the first President and to furnish it appropriately. They leased 3 Cherry Street from Samuel Osgood for a sum of $845 per year, and a joint resolution of the Senate and House of Representatives directed Osgood to "put the house and the furniture thereof in proper condition for the residence and use of the President of the United States." Substantial alterations were made, including the expansion of the drawing room in order to accommodate Presidential entertaining. Maria Bowne Franklin Osgood, Samuel Osgood's wife, set to work selecting suitable furnishings.

With the exception of the upholsterer's charges, the greatest sum for furnishings was paid to Thomas Burling for "Mahogany Furniture," which contributed to what Martha Washington called a "handsomely furnished house." In total, Congress spent eight thousand dollars preparing the executive residence for the Washington family.

Despite the substantial expenditure to refurbish the house, the dwelling was very similar to comparable elite New York households of the late eighteenth century and contained a combination of both common and more luxurious objects. Washington's inventory of government-purchased furniture written in 1797 at the conclusion of his presidency, noted numerous "inlaid" pieces as well as "plain" furnishings. Those with inlay, including a breakfast and tea table, were presumably in the fashionable neo-classical style and placed in the best rooms of the house. The objects specified as "plain" included three of the six groupings of mahogany chairs Washington identified, and were probably either simply finished examples of Hepplewhite designs or of the more established Chippendale style.

Although the Osgood house was the best available residence in New York at the time of Washington's inauguration, its location proved inconvenient and its size too small for the President's household. When the Comte de Moustier, the French Minister to the United States, returned to France in early 1790, Washington seized the opportunity to relocate to the residence leased by the Comte on lower Broadway. In February 1790, the executive mansion was moved from the Osgood house at 3 Cherry Street to the Macomb house at 39 Broadway. A much larger dwelling, the Macomb house included two drawing rooms and a number of additional spaces that required furnishing. The furniture already procured by Congress for the Cherry Street residence was moved to the new household and was supplemented by that ordered from local cabinetmakers.