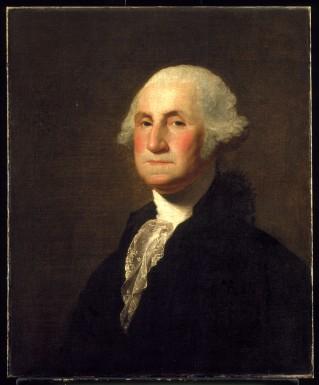 On April 30, 1789, George Washington was inaugurated the first President of the United States at Federal Hall in New York City. He was entrusted with the establishment of the office as well as the definition of its role in government and in society. In addition to his appearance in public settings, George and Martha Washington paid close attention to entertaining as they defined the new American presidency.

Washington understood the need to open the executive residence and properly receiving those who called on the President. To provide order to the steady stream of visitors to the executive residence and to allow members of the legislature, judiciary, and other government officials access, Washington established prescribed days and times to meet with his various constituents. Every Tuesday afternoon Washington received male callers from three until four o'clock in the afternoon. The reception was a formal series of gentlemanly introductions and greetings where Washington was visited in a formal manner as President of the United States.

The levees held by Martha Washington every Friday evening were less formal affairs that included both women and men. The menu for the evenings changed with the seasons—including ice cream and lemonade during the warmer parts of the year to hot tea and coffee, cakes, and candies during the winter. Dinners for members of Congress and other important government officials were held on Thursday afternoons at four o'clock. Martha Washington joined these meals, often the only woman present. 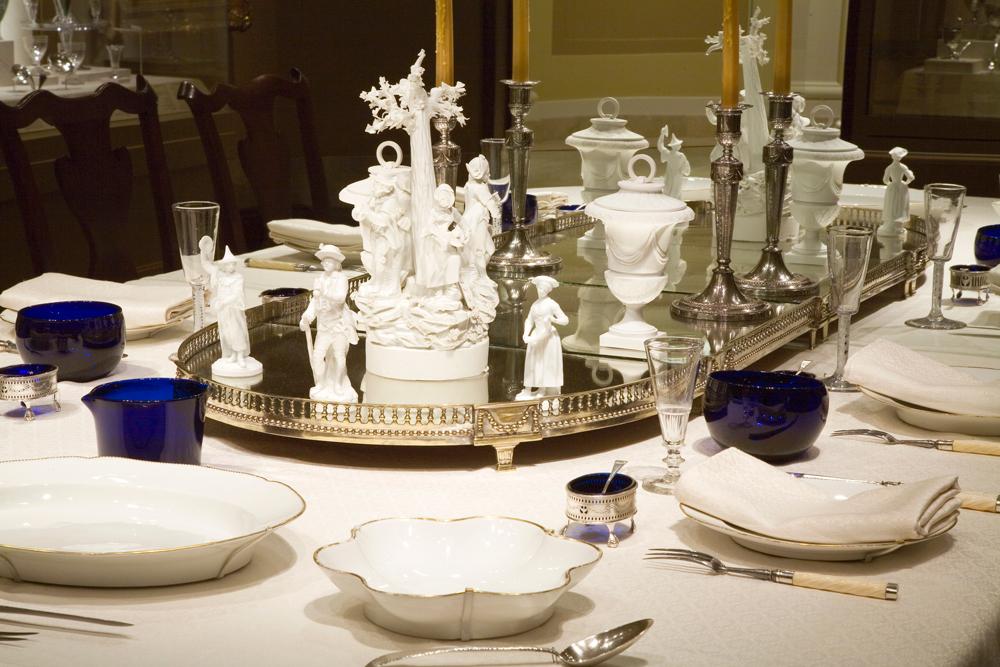 George and Martha Washington understood that these forums set precedents for future presidents to follow, and took seriously the need to make certain that dinners were dignified and befitting of his guests. Washington sought a stylistic balance between dining pieces that were sufficiently grand to impress foreign dignitaries, while also not conveying the image of royal court culture. Washington understood the important role tablewares played in communicating this balance, and throughout his life, he paid a great deal of attention to his dining table and the surrounding spaces. Once he became President, Washington ensured the purchase of an ensemble of tablewares appropriate to the type of entertaining that he sought to establish.

Austin, an enslaved house servant from Mount Vernon, might have been one of the men waiting on the table during the presidency, dressed in the red and white Washington family colors (the exact numbers would have varied depending on how many people were dining and the formality of the meal). For example, during the Christmas season in 1795, following the Washingtons' weekly Thursday dinner for government official, Congressman Theophilus Bradbury of Massachusetts wrote on 26 December 1795 that, "We were waited on by four or five men servants dressed in livery." After an early morning meeting at the Philadelphia presidential mansion in 1794, however, Henry Wanes was invited to breakfast. He noted that, "There was little appearance of form; one servant only attended, who had no livery...." The waiters might have been either enslaved, indentured, or hired.

Approximately three dozen dining chairs, probably upholstered in matching crimson satin, circled the tables assembled for Washington's guests. Washington's carefully-planned ensemble of dining ware produced an image of elegance mixed with respectability. Washington complemented the tablewares and furnishings supplied by Congress with additions at his own expense that he felt was necessary to provide respect for the young republic and the role of the presidency.