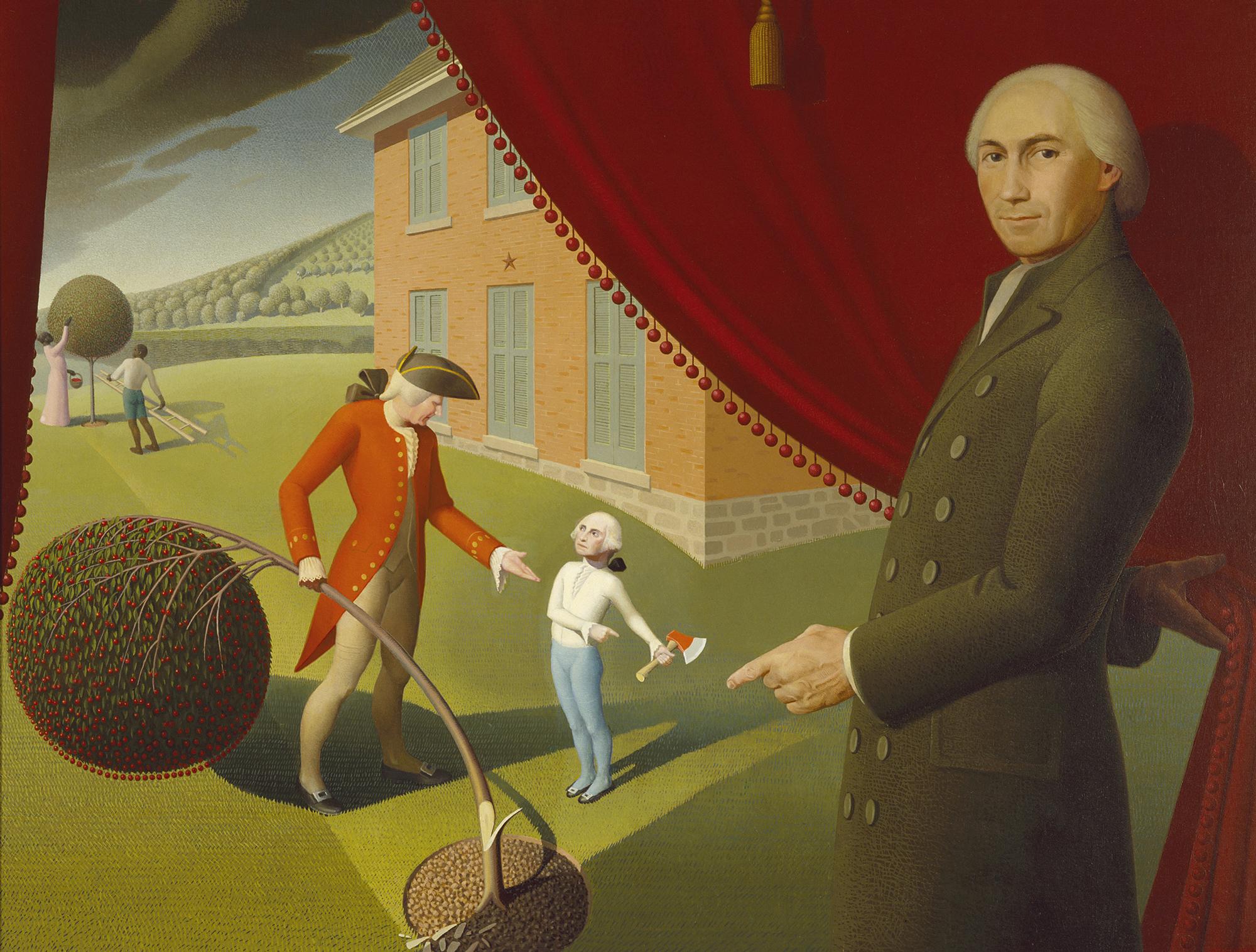 Mason Locke Weems, more commonly known as Parson Weems, was an American author who wrote several biographies of historical figures, the most famous of which was his 1800 biography of George Washington, The Life of Washington. Written a year after Washington's death, Weems's biography served as the point of origin for many long-held myths about Washington, in particular the famous cherry tree story.

In that vignette, a six year-old Washington, overly enthusiastic in the use of his new hatchet, cuts up his father's prized young cherry tree. When the older Washington demands to know what happened to his tree, young George, "looking at his father with the sweet face of youth brightened with the inexpressible charm of all-conquering truth," admits that it was his fault. His father is overjoyed with George's expression of virtuous honesty, and all is forgiven.1 Weems is also considered the originator of the story of Washington praying at Valley Forge, as well as many other lesser-known mythological anecdotes that became part of Americans' fundamental understanding of Washington.

Weems's books did receive some criticism at the time. One reviewer characterized the first edition as "eighty pages of as entertaining and edifying matter as can be found in the annals of fanaticism and absurdity."2 Despite such critiques, Weems's approach proved very popular; his books became bestsellers and are largely responsible for the creation of the image of Washington most widely known today. Weems stands at the forefront of Washington’s long, steady transformation into an American icon, and studying his work and its reception reveals a great deal about the American public and its relationship with its national heroes.

Notes:
1. Mason Locke Weems, The Life of George Washington: With Curious Anecdotes, Equally Honourable to Himself, and Exemplary to His Young Countrymen (Philadelphia: J.B. Lippincott & Company, 1858), 16.