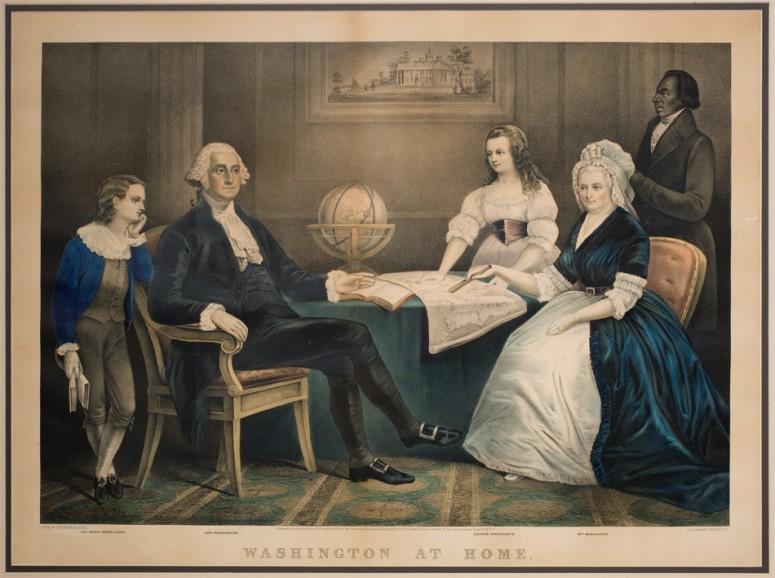 George Washington had no biological children of his own, and it took many years for Washington to come to grips with the fact that he was not going to father his own children.1 Despite this difficulty, the Washingtons' home at Mount Vernon was filled with children for nearly all forty years of their marriage. For most of these children, George Washington stood in the role of father or grandfather.

The first of these children were the two surviving children of Martha Washington's first marriage to Daniel Parke Custis. John Parke Custis (known as Jacky when younger, and Jack as he got older) was around four years old when his mother married George Washington. Martha Parke Custis, known as Patsy, was about two years old at the time of the wedding.

Jacky and Patsy were not, however, the only children who viewed George Washington as a surrogate father. The death of Martha's son during the Yorktown campaign in 1781 left his three daughters—Eliza, Martha, and Eleanor—as well as his infant son George Washington Parke Custis in the care of their sick and grieving twenty-three-year-old mother. Washington tried to convince his brother-in-law, Bartholomew Dandridge, to oversee their upbringing and their estate.2

Dandridge eventually agreed to oversee the Custis family estate for the children, while George and Martha Washington took the two youngest children, Nelly and George Washington Parke Custis (called Washy) into their own home to be raised as their children.3 In addition to Martha Washington's children and grandchildren, George Washington also found himself in the role of surrogate father to several nieces and nephews. Foremost among them were the children of his younger brother, Samuel who died in 1781.

Three of Samuel's children were of special concern to their uncle: George Steptoe Washington, who was eight at the time of his father's death, Lawrence Augustine Washington, who was six, and Harriet, who was five when her father died. Since the two boys were attending school in Alexandria after the war, their uncle became very involved in their upbringing. Harriet spent time both at Mount Vernon and Kenmore (the home of George Washington's sister, Betty Washington Lewis), in Fredericksburg, Virginia. 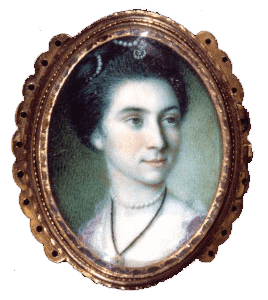 One of the most noticeable differences between George Washington and his wife in regard to raising children had to do with their approach to discipline. George Washington, with his experience as a soldier, tried to take a rather hard line toward young people who acted inappropriately and was not against the judicious use of corporal punishment.4 Martha Washington, however, tended to be much more lenient with the children in her care.5

Education was extremely important to George Washington. The death of his own father when he was only eleven meant that Washington did not have the opportunity to study in England, as had his two older half brothers. With education being such an important topic in his life, George Washington could not understand why the young men he helped to raise either could not or would not see the need to apply themselves at school.6

George Washington's female stepchildren and step-grandchildren approached education in a far more positive manner. When told by her teacher that the only suitable subjects for women were "mending, writing, Arithmetic, & Music," Eliza Parke Custis  reacted despondently, often thinking of those words "with deep regreet" throughout her life because of her desire for formal education.7 During the years of George Washington's presidency, younger sister Nelly studied at some of the best schools available to young women in both New York and Philadelphia.

Martha Washington's youngest child, Martha Parke Custis (known to the family as Patsy) had a particularly difficult life. Only a toddler when her parents were married, she grew into a gentle teenager who showed great promise. However, by the time Patsy was around eleven or twelve she became plagued with frequent seizures. The young woman passed away during the summer of 1773, when she was around seventeen years old.

Among the parenting duties George Washington found himself undertaking as his wife's granddaughters grew into young women was counseling them on the subjects of love and marriage. In the late summer of 1794, the oldest granddaughter Eliza (then eighteen years old), was feeling dejected because her next youngest sister Martha had just become engaged. Her step-grandfather seemed to think some fatherly encouragement was called for, explaining that a good marriage required that the proposed partner "should possess good sense, good dispositions, and the means of supporting you in the way you have been brought up," as well as having the respect and esteem of his social circle.8

In the last years of his life George Washington saw all three of his step-granddaughters marry and give birth to the next generation of his adopted family. By the time of his death on December 14th of 1799, there were five great-grandchildren, including Nelly's two-and-a-half week old daughter, Frances Parke Lewis. Thus the man known throughout the world as the father of his own country but had no biological children of his own spent the forty years of his married life in a home filled with children. In the process of raising Nelly, Jack and the other children who came into his life, Washington learned that being a father was much more than a simple biological process, but involved years of care, worry, advice, money, humor, and joy.