The Northwest Territory was largely inhabited by Native Americans when Congress passed the Northwest Ordinance in 1787.

After gaining independence from Great Britain, one of the many contentious issues facing the United States were competing claims to western lands. These lands were generally referred to as the Northwest Territory and included the current states of Ohio, Michigan, Indiana, Illinois, Wisconsin, and part of Minnesota. The Northwest Ordinance (1787) was the third in a series of Congressional acts to outline the plan for organizing the territory into new states and their subsequent incorporation into the larger framework of American federalism. Congress passed the ordinance without discussion or comment. This might have been because congressional passage of the ordinance coincided with the Constitutional Convention; taken in combination with the drafting of the U.S. Constitution, the law helped establish the national government over the state governments, while removing western lands as a point of contention from national discourse. 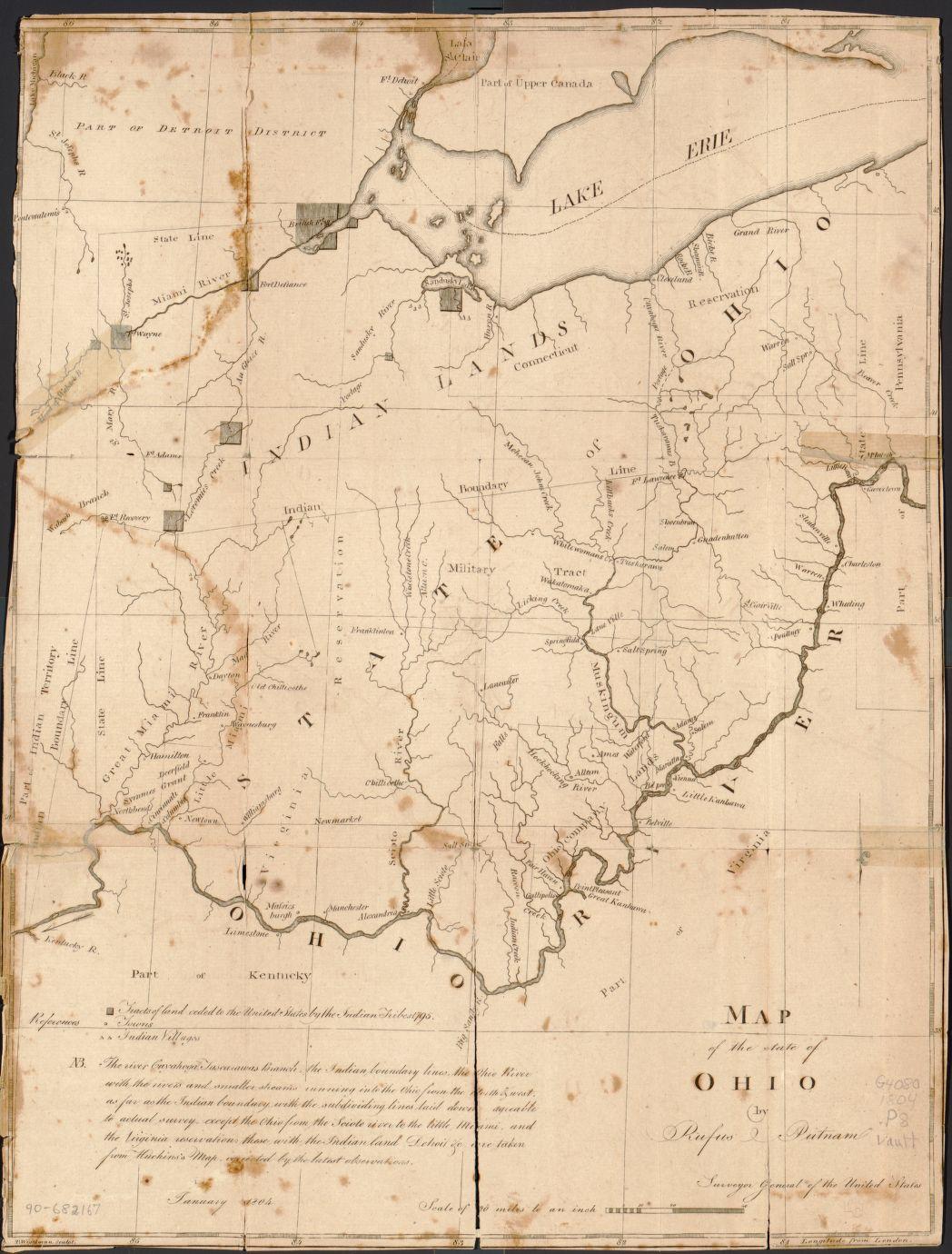 The Northwest Ordinance was desperately needed for several reasons. Virginia claimed much of the territory based on a reading of the state’s original, colonial charter dating back to 1607. Smaller states blocked from expanding west rejected these claims to western lands. Debate over frontier territories was a key point of discussion at the Constitutional Convention, with representatives from smaller states such as Connecticut and Rhode Island insisting that Virginia and other states claiming large tracts of western land cede their privileges to the national government. Yielding to Congress allowed the Northwest Territory to be sold off, settled, and organized as new states without advantaging any single state over complication arose from states that used land bounties to recruit men for military service during the revolution. The use of land bounties created additional conflict because both individual states and the Continental Congress used them to fill the ranks of Continental forces. After the war, competing claims for lands in the west, especially in Kentucky, prompted feuds and legal disputes that took years to resolve in the court system. Finally, speculators and squatters claimed lands in the territory arguing that they had directly purchased land from Native Americans west of the Appalachian Mountains. In sum, there was no clear legal process for obtaining western lands prior to the Northwest Ordinance nor was political authority clear in the territories. Without clear, established authority and an equally clear process laying out the procedure of settling the frontier, the Northwest Territory would remain a bubbling cauldron of conflict between white settlers, squatters, speculators, and Native Americans seeking to assert their rights to frontier lands.

The Northwest Ordinance established clear processes for acquiring, settling and organizing western lands, while legitimizing the powers of the United States government. The Ordinance solidified federal power early in the ratification era by establishing Congress as the only authority controlling territories held by the United States. Further, the fact that the ordinance banned slavery in the territory asserted the supremacy of the new federal government to decide issues that generated sectional tensions. The prohibition of slavery in the territory, combined with ratification of the Constitution, effectively set up the conditions to suppress conflict over western expansion and the place of slavery in the territories until Missouri, the first state carved out of the Louisiana Purchase, applied for statehood. Slavery was fully protected in the original states, excepting those which abandoned the institution when they drafted new state constitutions during the Revolutionary War. It was demonstrably clear that the states carved from the Northwest Territory would not be slave states.

That the 1787 ordinance prohibited slavery and involuntary servitude was not as controversial as it might appear in the context of American history. Previous editions of the ordinance aimed to gradually end slavery in the territories. The 1784 version was supported by Thomas Jefferson and influential members of Congress; their hope was that slavery and involuntary servitude would slowly fade away as the nation grew and settlers moved west.

The Northwest Ordinance was a highly technical piece of legislation designed to bring order to a process the U.S. government could not really control, though the law ultimately benefitted large landholders who were able to establish their claims to tracts in the Ohio Valley. George Washington held substantial tracts of land; in fact, these lands were a considerable portion of his personal wealth by the time he became president. Thus, the ordinance protected the claims of those speculators who were able to verify their holdings. All three land ordinances defined the processes for settling western lands, though the 1787 version was the most detailed, specifying the population needed to become a state, for example. The ordinance also explained how townships were to be laid out and the formula for distributing town lots to settlers.

In addition to solving many frontier problems, the Northwest Ordinance of 1787 was critically important in the context of the Constitutional Convention. The ordinance was the answer to those who questioned the process of expansion, which some believed impossible if the nation grew too large physically. However, the law provided a workable solution to include new states as full and equal members of the republic and removed the issue of slavery, temporarily, from national discourse. The proposal enabled the infant republic to grow in a less chaotic way without contributing to the sectional tensions that emerging between the original thirteen states.

Jensen, Merrill. The Articles of Confederation An Interpretation of the Social-Constitutional History of the American Revolution 1774-1781. Madison, Milwaukee, and London: The University of Wisconsin Press, 1966.

Van Cleve, George William. A Slaveholders’ Union Slavery, Politics, and the Constitution in the Early American Republic. Chicago and London: The University of Chicago Press, 2010.