Washington was dedicated to crafting his public image. The American public has celebrated and embellished Washington's image ever since his rise to fame in his own lifetime. 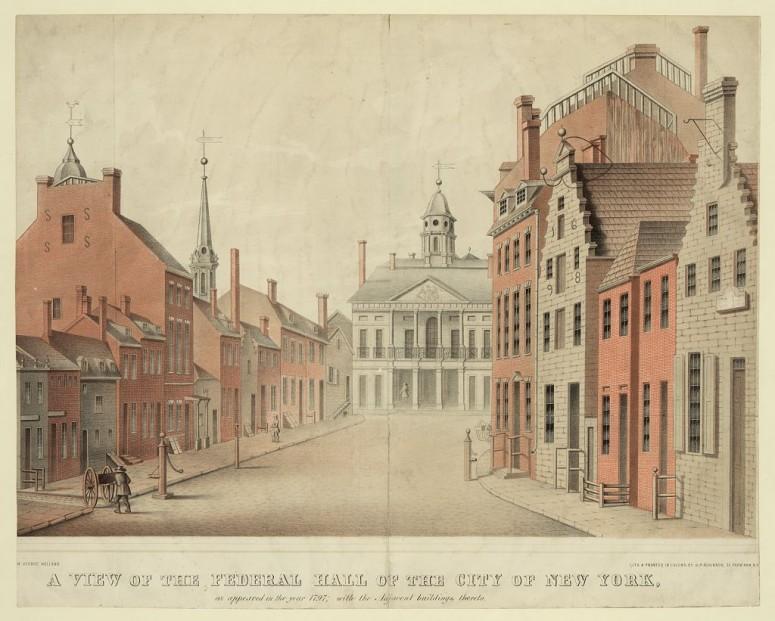 George Washington went on his New England Tour from October 15 to November 13, 1789, during the first Congressional recess under the new federal government. He travelled from New York City, then the capital of the United States, through Connecticut, Massachusetts, and New Hampshire. He visited nearly sixty towns, stopping along the way to visit factories, talk with farmers, and partake in celebratory festivities. From Washington’s perspective, it was a fact-finding and promotional tour; from the perspective of the people he visited, it was both a chance to celebrate and to advise their new president.

The New England Tour was part of a larger plan to tour all of the states, which would not be completed until the Southern Tour in 1791. Washington undertook these tours to “become better acquainted with the principal Characters & internal Circumstances [of the states], as well as to be accessible to number of well-informed persons, who might give him useful information and advices on political subjects.”1 He also had a more personal reason to take the New England Tour: he hoped traveling would improve his health, which had taken a severe turn for the worse in the summer of 1789.

In large part, Washington intended the tours to rally support for the Constitution and promote a strong central government in the face of fierce state loyalties. At the time of the New England Tour, only eleven states had ratified the Constitution. The Constitution was an untried document, having only been in use for five months at the time of the tour. Washington was well aware that as president he was the symbolic representation of the new government, and he fully intended to show on the tour that the federal government cared about all of its citizens.

The 1789 New England Tour covered only three of what are now considered the six New England states. Washington visited Rhode Island in August 1790, after it ratified the Constitution, but he never toured Vermont or Maine, which were not then members of the Union. 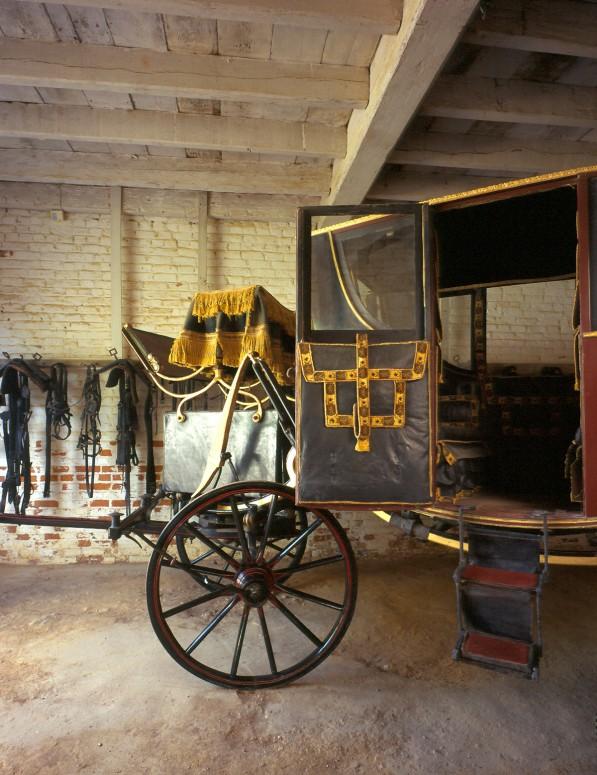 York City to the Connecticut state line. Washington had also invited Vice President John Adams to accompany him to Boston, but Adams committed a political faux pas and declined the offer. The only company Washington had on the New England Tour was his personal secretaries Major William Jackson and Tobias Lear. In addition, six of his slaves accompanied his carriage.

Throughout his journey along New England’s rocky roads, Washington followed a similar pattern. He travelled in his carriage and stopped at farmhouses along the way, where he discussed agricultural practices with the inhabitants. Just before entering a new town, Washington left the carriage and rode in astride his great white charger, usually accompanied by the local militia. In towns, he met with municipal and state politicians, reviewed militias, and toured local sights. On Sundays he observed the Sabbath, usually attending churches of two different denominations for the morning and afternoon services. While on the tour, Washington refused to lodge in private homes and instead insisted on paying for lodging at taverns and public houses. All of these facets of the trip were calculated to embrace the republican spirit of the new government: Washington was to be a man of the people on this tour.

Despite Washington’s best republican intentions, New Englanders would not let him pass through their towns without grandiose celebrations. Notable celebrations were held in Boston and Portsmouth, New Hampshire. The New England Tour was the first time that Washington had been to Boston since he had saved it from the British siege thirteen years earlier; with him wearing his military uniform as he paraded into the city, the visit had the distinct flavor of a victorious homecoming. The festivities included fireworks and a large dinner at Faneuil Hall. Washington’s visit to Boston was not all pomp and circumstance, though. It also evinced the uncertain workings-out of the new, split-sovereignty of government under the Constitution. John Hancock attempted (and failed) to assert state power over federal power through the rules of civility, and in a separate incident state and city officials argued at length over the order in which they were to process into Boston. Nevertheless, when Washington left the city after five days, all agreed that it was a triumphal return for the great General. Washington then traveled to Portsmouth, where he arrived to the sound of songs written for the occasion. He spent four days there, attending celebratory dinners and a ball held in his honor. The return trip to New York City from New Hampshire was straightforward, with far fewer stops and less fanfare.

Washington’s New England Tour was not just a way for him to see the states he now presided over: it was also a way for ordinary people to address their hopes and fears to their new president. Hundreds of men and women showed their support by lining up along the roads as he passed by, and tens of thousands attended celebrations in Boston and Portsmouth.

Frequently when Washington entered a city or town of import, a delegation of local men or clergymen welcomed him with a ceremonial address. These addresses regaled Washington’s military deeds, and expressed hope that he would continue to be a selfless warrior for American liberty in his new civilian role. Most addresses were entirely complimentary, though some threatened opposition if Washington and the federal government overstepped their limited powers granted in the Constitution. Washington responded to every one of these addresses, and in doing so he promoted the federal government and reinforced what he considered the principal American virtues. In particular, he praised citizens for their patriotism, love of liberty, adherence to the law, and industry. 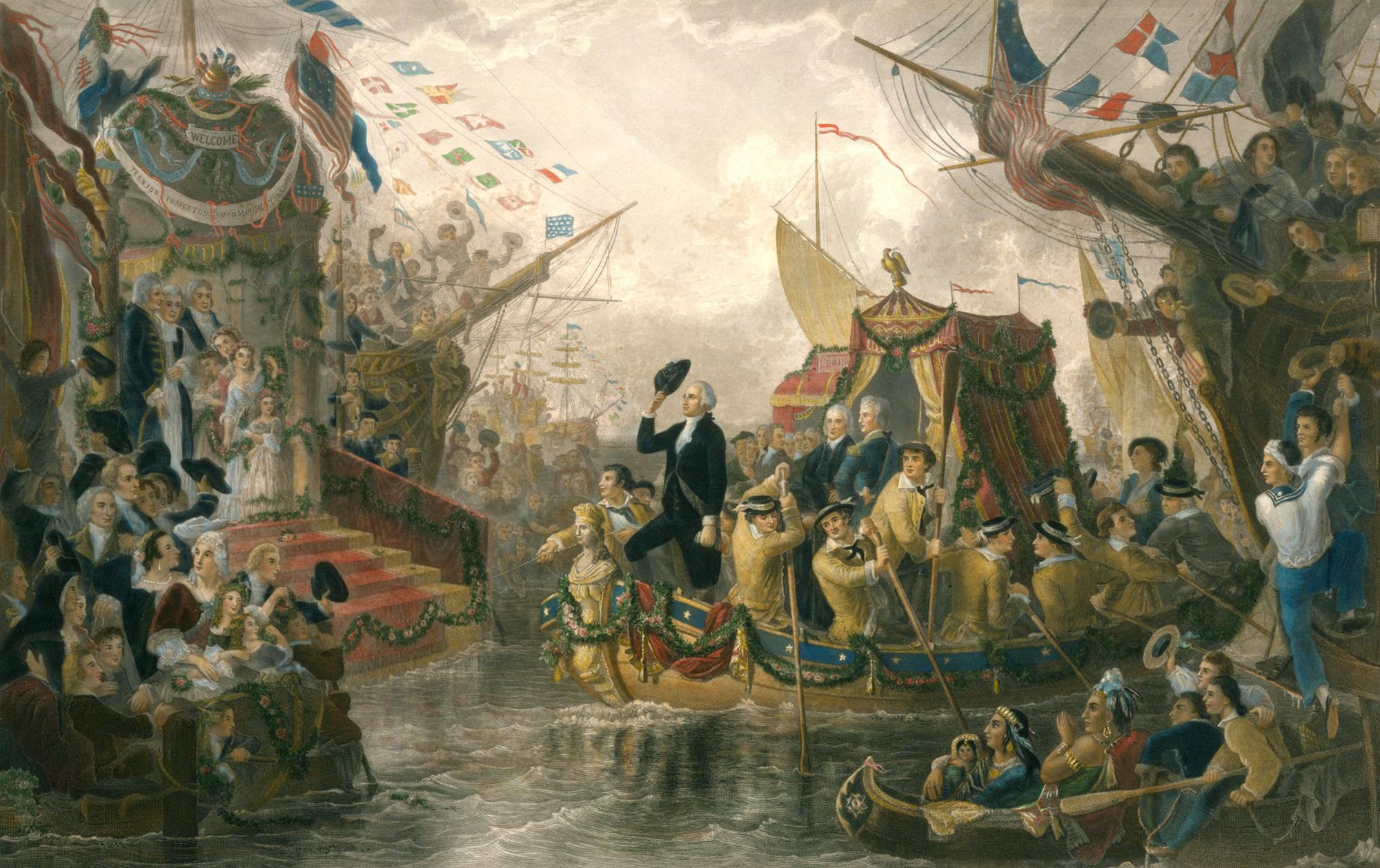 All of this – the pomp, the addresses, the President’s behavior – was covered closely by the New England newspapers, whose articles were in turn reprinted by southern publications. The eyes of the nation were on Washington during the New England Tour, a phenomenon he consciously manipulated to promote unity and a strong federal government.