Mount Vernon has inspired more buildings and places than any other historic structure in America - like these. 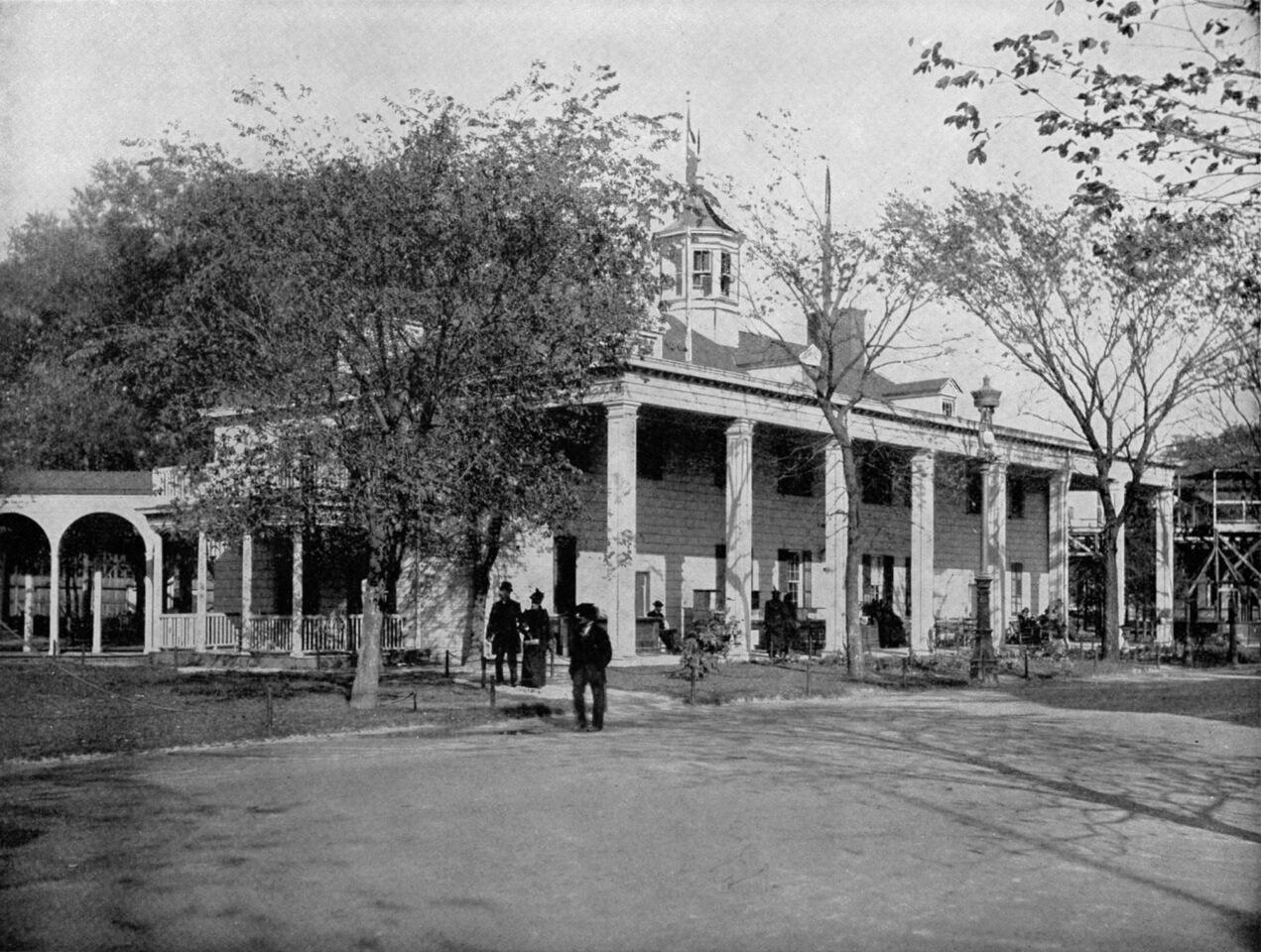 By the end of World War II, Colonial American architectural features decorated hotels, restaurants, gas stations, shopping centers and other new businesses that hosted travelers along the country’s expanding road system.1 The popularity of Colonial Williamsburg (opened in the 1930s) and the use of historic architectural settings at Disneyland (opened in 1955) encouraged the use of the nation’s historic architecture in commercial settings just as Americans took to the highways in record numbers.

Mount Vernon led the charge as the most popular source for such Colonial Revival commercial architecture. This was just one public expression of the building’s popularity in this period: in 1952, over one million people visited the mansion in Virginia.2 Replicating Mount Vernon had also become a common strategy for contemporary architecture by mid-century. Millions worldwide saw full-scale copies of Mount Vernon at six world’s fairs between 1893 and 1934 and Sears, Roebuck and Company and other mail-order home manufacturers had made owning your very own version of Mount Vernon possible for middle-class homeowners.

By copying Mount Vernon for roadside structures, business owners could quickly and efficiently make their property stand out from others. They simplified and standardized George Washington’s rather idiosyncratic design to that motorists could recognize it quickly when passing in a moving vehicle. They reduced Mount Vernon to a symmetrical, rectangular building footprint and a long piazza with square columns. Sometimes, buildings recalled Mount Vernon with only a Chinese Chippendale railing on a roof or porch. Such railings became shorthand for referencing Washington’s home even though the Mount Vernon Ladies’ Association had removed the one that topped the house’s piazza in 1936, when it confirmed that the feature dated to after Washington’s lifetime.3 The railing had appeared in nearly seventy-five years of photographs of Mount Vernon by the 1950s and Americans continued associating it with the building.

Two new commercial building types took on Mount Vernon’s features at mid-century especially enthusiastically: motels and funeral homes. Using recognizable architectural features provided a sense of familiarity to these new industries, even if the audience did not attribute them directly to Mount Vernon. Before the twentieth century, most Americans stayed in taverns or private residences when traveling and held funerals at home or in houses converted to funeral parlors. New purpose-built funeral homes and motels benefited from the familiarity of Mount Vernon’s architecture: using its iconic piazza on a new building suggested trustworthiness, tradition, and security. It also most likely suggested racial coding. Until the Civil Rights Act of 1964 prohibited discrimination in public places, most motels in and out of the South were segregated.4 The American funeral industry had long been divided by race.5 By fashioning their buildings after the country’s most famous plantation house, business owners signaled that their businesses served white patrons only. 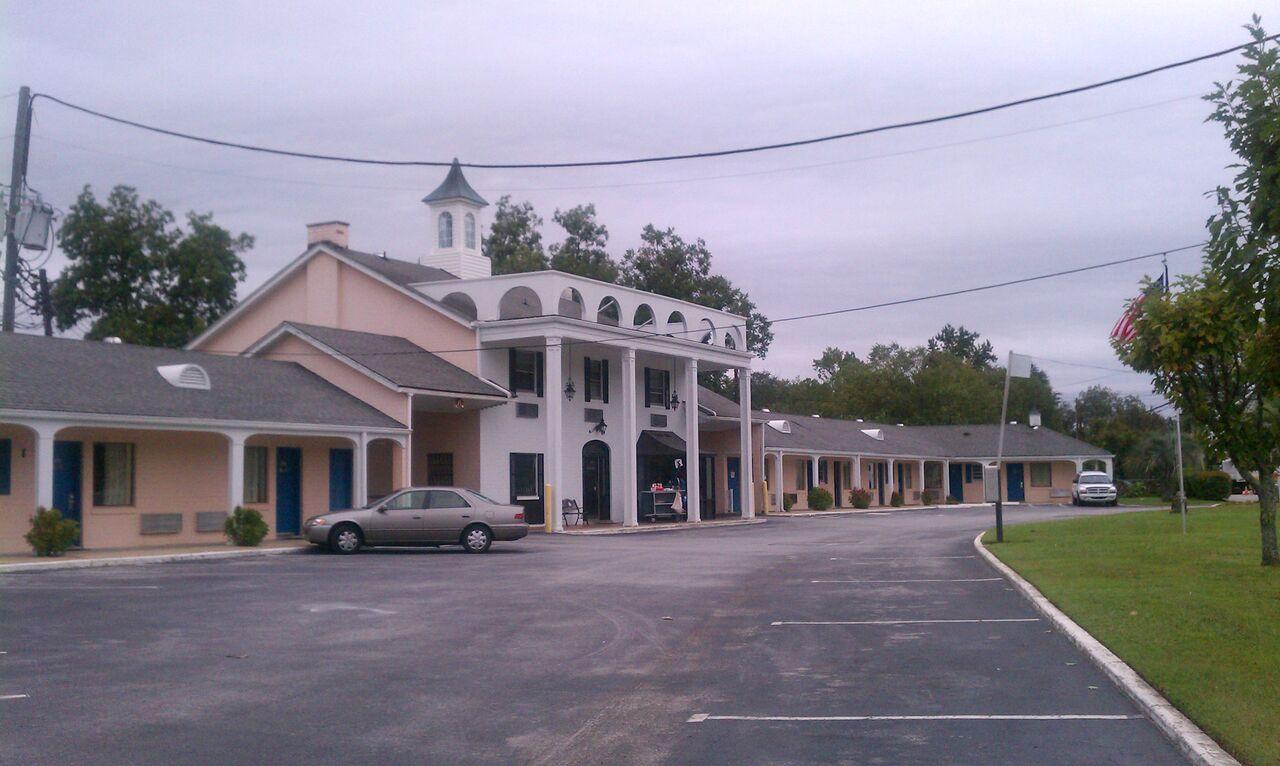 The motel, a contiguous series of individual rooms-for-rent each with an en suite bathroom, developed from the detached cabins of the roadside motor camp after World War II. With better roads, greater rates of car ownership, a booming economy, and shortened workweeks, more Americans were traveling by automobile and in need of places to stay for short periods. Mount Vernon’s three-part, Palladian organization lent itself to the new form: a building at the center could serve as a lobby with rooms stretching out to either side like the mansion with its colonnade and dependencies (although facing onto a parking lot rather than a bowling green). Motels referenced Mount Vernon more often than any historic building besides the Alamo before corporate hotels replaced such mom-and-pop establishments’ quirky architecture with larger buildings and standardized branding in the 1960s-70s.6 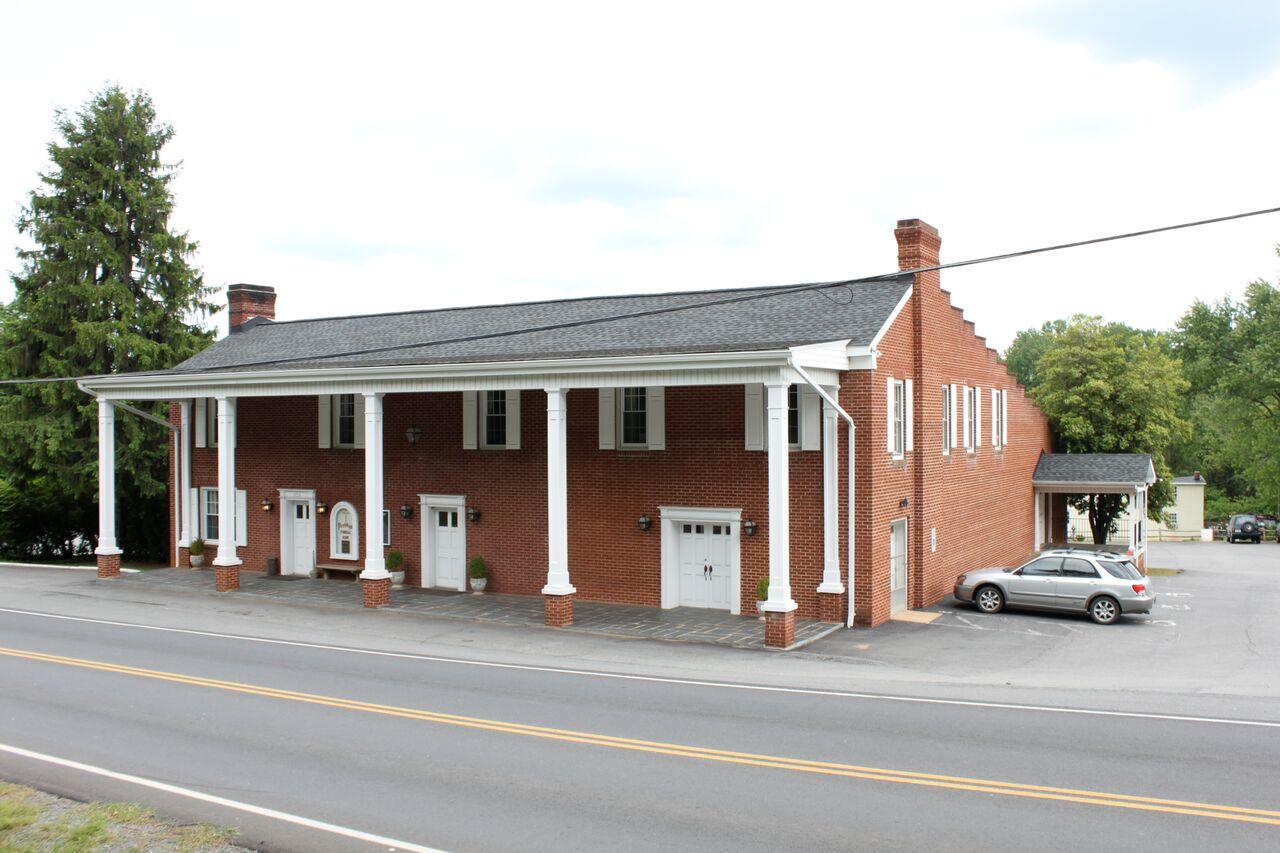 The American funerary industry shifted away from reusing stately homes in residential neighborhoods to building purpose-built mortuaries in the 1950s.7 With the deaths of hundreds of thousands of Americans in World War II and the Korean and Vietnam Wars gearing up, funeral directors reframed their preparation and burial of the dead as patriotic.8 They also used national symbols to actively combat negative press that accused the industry of taking advantage of the bereaved.9 Likely the first explicit use of Mount Vernon’s architectural features on a funeral home was the mortuary at Forest Lawn-Hollywood Hills Memorial Park in California, built in 1951. The white building with a long piazza and balustrade was the brainchild of Hubert Eaton, the most highly publicized (and even ridiculed) funeral director in America at the time.10 Eaton revolutionized the American funerary industry by offering a full range of services, franchising his business, and promoting his memorial parks as destinations for the living as well as the dead. He built a second Mount Vernon-inspired building at the Cypress, California branch of Forest Lawn in 1961 and a wave of imitators followed, replicating the country’s most famous home to signal timelessness and sincerity to American families.

Brandt, Lydia Mattice. First in the Homes of His Countrymen: George Washington’s Mount Vernon in the American Imagination. Charlottesville: University of Virginia Press, 2016.