Morristown, New Jersey was the location where General George Washington established two winter encampments during the Revolutionary War.1 The town's location between Philadelphia and New York City held strategic advantage for the Continental Army. Washington first visited Morristown in 1773 with his stepson John Parke Custis, while passing through the town en route to nearby Basking Ridge. Washington was visiting William Alexander, Lord Stirling, who would later become a major-general in the Continental Army.2

Following the victories at the Battles of Trenton in December 1776 and Princeton in January 1777, Washington led his troops to nearby Morristown. The forces remained in Morristown for the duration of winter until spring arrived, starting in January until May 1777.3 Aside from the surrounding forest land that made lumber an important industry, Morristown was a market center for local farmers and iron miners. The town was comprised of a church, courthouse, cemetery, two or three shops, a tavern, and about fifty houses.

During the five month period, Washington maintained headquarters at Arnold's Tavern on the Green, the central hub of Morristown society. Washington and his subordinates had close contact with the townspeople and needed protection from potential health epidemics. As a result, Washington ordered inoculations for his militiamen during a smallpox outbreak in February of 1777. Further encouraging a healthy atmosphere, Washington made personal and public cleanliness a priority. Despite his efforts, the troops were so distressed by the disease and poor conditions of the camp that by spring 1777, many men attempted to leave and were charged with "deserting" and "mutiny."4

Two years later, Washington returned with his troops. Between December 1779 and June 1780 Washington installed a second encampment in a 1500-acre section of forestland known as Jockey Hollow. The winter was bitter and exceedingly harsh, "intensely cold and freezing," in Washington's words.5 He was accompanied by his wife Martha, and were given shelter in the Ford Mansion owned by Colonel Jacob Ford, Jr. and his wife, Theodosia. The Georgian style mansion, built in 1774, became Washington's headquarters; today it is a national historical park. The three-story mansion with shutters and dormer windows would have been luxurious to the Washingtons after their journey on the war trail. In his free time at the headquarters, Washington kept a daily weather journal chronicling that season's severe climate. 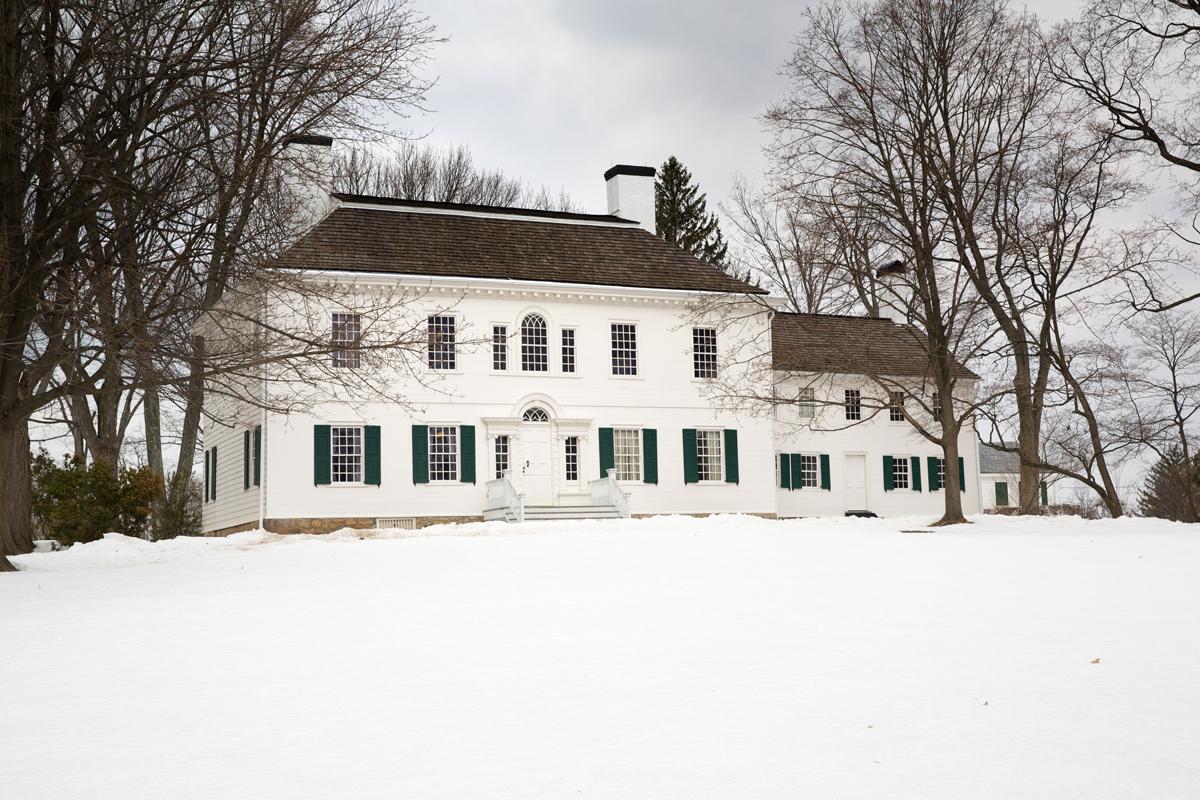 Washington remained busy during the encampment trying to meet the needs of his large group, despite the lack of military action. The experience was tumultuous from the beginning, with the ongoing threat of mutiny beginning in December 1779. On December 16, Washington described the situation as "alarming" in a circular letter to the states, adding that he and his men had "never experienced a like extremity at any period of the War." They were "intirely destitute of money," and he feared that "the Army will infallibly disband in a fortnight."6 By late April 1780, the circumstances remained dire. General Nathanael Greene observed that "A Country, once overflowing with plenty, are now suffering an Army employed for the defense of every thing that is dear and valuable, to perish for want of food."7

Washington himself complained to Greene, about the lack of space for his slaves at Ford Mansion. There was no "place at this moment in which a servant can lodge, with the smallest degree of comfort. Eighteen belonging to my family, & all Mrs [Jacob] Fords are crouded together in her Kitchen, & hardly one of them able to speak for the colds they have caught."8 Washington then took the situation into his own hands, building several new rooms upstairs and a nearby log cabin to accommodate the Fords and his staff.

The winter of 1779-80 in Morristown also included several important events among Washington's men. His secretary, Alexander Hamilton, met and fell in love with Elizabeth Schuyler, the daughter of a general. They married a year later on December 14, 1780. Prior to his later treason and betrayal of the Continental Army, Benedict Arnold was court-martialed in Morristown on December 23, 1779. Arnold was accused of using his role as an officer for his own financial benefit. He was found guilty of two minor charges and let off with a slap on the wrist. Lastly, on May 10, 1780, the Marquis de Lafayette arrived in Morristown at Washington's Headquarters with news that the French would be sending an expeditionary force of about 6,000 men lead by the Count de Rochambeau. Lafayette later recounted that upon his reunion with Washington, the general's "eyes filled with tears of joy . . . a certain proof of a truly paternal love."9