The phrase military discipline in the eighteenth century referred to all aspects of training in the army as opposed to primarily a juridical function. George Washington is generally considered to be conservative in this realm, stretching from his earliest experiences through his years of commanding the Continental Army as well as his time as president. Generally speaking, Washington followed European military models, specifically that of the British.

In learning about military discipline, Washington followed the common practice at the time for those who sought officer status, rigorous study. Under this approach, Washington read broadly from many of the military texts and histories available at the time. He was aided in this endeavor by the fact that the eighteenth century witnessed a massive expansion in the number of military works in print. Washington supplemented the knowledge acquired through reading with discussions of veteran officers. At first these conversations were with his older brother Lawrence, who had served in the siege against Cartagena. Later, it was with Major General Edward Braddock during that officer's ill-fated march to the Monongahela. 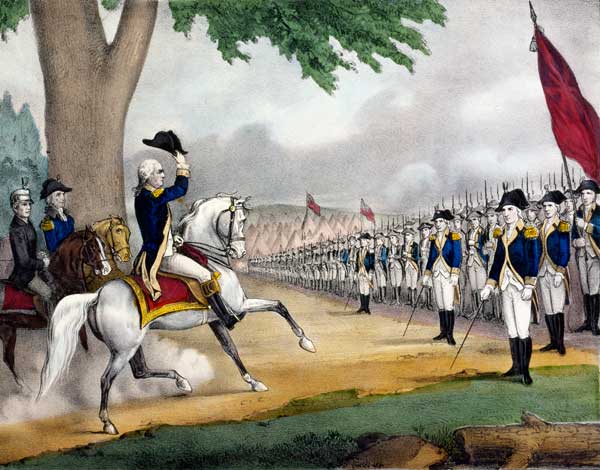 Once he held his own command, Washington sought to impose military discipline on the troops of his own Virginia provincial unit. He did this to such an extent that he sought, on two occasions, to have his unit placed on the British service. Later, when he took command of the Continental Army, Washington again labored to place the force in a state of training and organization that resembled the British Army. His first step in this case was to impose strict attention to subordination within the force.

Lastly, as President, Washington hoped to create a professional army that could defend the nation. In keeping with this goal, he held to the belief that part-time soldiers were not enough to meet the country’s security needs. What was necessary was a regular army, based on the European model. The difficulty here lay in finding a balance between a force that was professional enough to stand up to the European opponents of the day, while not creating one so divorced from the society it shielded as to become a threat to it.