Mary Ball Washington was George Washington's mother. Limited information about Mary and her personal life has survived, although the historical record shows that she shared a complex and oftentimes strained relationship with her son. Mary has garnered a type of “mythos” over time, venerated as “The Mother of Washington” by groups in the nineteenth and early twentieth centuries and vilified by some historians in more recent years. Despite her many mythologies, Mary, as George Washington's sole surviving parent, was an undeniably influential figure in the life of the first president.

Mary was born between 1707 and 1709 at Epping Forest, the Tidewater Virginia home of her father, Joseph Ball, and her mother, Mary Johnson.1 Mary’s father died when she was an infant and although her mother remarried, she also died by the time Mary was twelve. Mary became the legal ward of her uncle, Colonel George Eskridge, the Burgess of Westmoreland.2 In 1731, Eskridge introduced Mary to Augustine Washington, his recently widowed brother-in-law. The pair married shortly afterwards and moved to the Washington family home at Pope’s Creek, Virginia.3

George Washington, their firstborn son, was born on February 22, 1732, and was most likely named for Colonel Eskridge. In 1738 the Washingtons moved to Ferry Farm, an estate situated on the Rappahannock River across from Fredericksburg, Virginia. Here, Mary gave birth to five more children: Betty, Samuel, John Augustine, Charles, and Mildred, who died in infancy. Augustine Washington died in April 1743, leaving Mary in charge of her family and Ferry Farm. She remained single for the rest of her life, and carried Ferry Farm through periods of significant economic depression.4

The most commonly repeated story about Mary Washington details her refusal to allow George to join the Royal Navy in 1746, despite the encouragement of Lord Fairfax and George’s older half-brother Lawrence. Mary came to this conclusion after writing to her brother Joseph Ball, who lived in London. Joseph argued that life in the Navy would be laborious and unprofitable for George, as “a planter that has three or four hundred acres of land and three or four slaves, if he be industrious, may live more comfortably.”5 Washington, resigned to his mother’s decision, pursued a career as a land surveyor instead.

In 1771 Mary moved into a house next door to the Fredericksburg home of her daughter Betty, and her husband, Fielding Lewis. Despite the fact that George purchased the home for his mother, Mary frequently complained in both public and private that she lacked resources and regularly asked her son for money.6 Mary was an avid gardener, and popular legend claims that she frequently spent time in prayer on her favorite “high-perched rock” in the garden.7 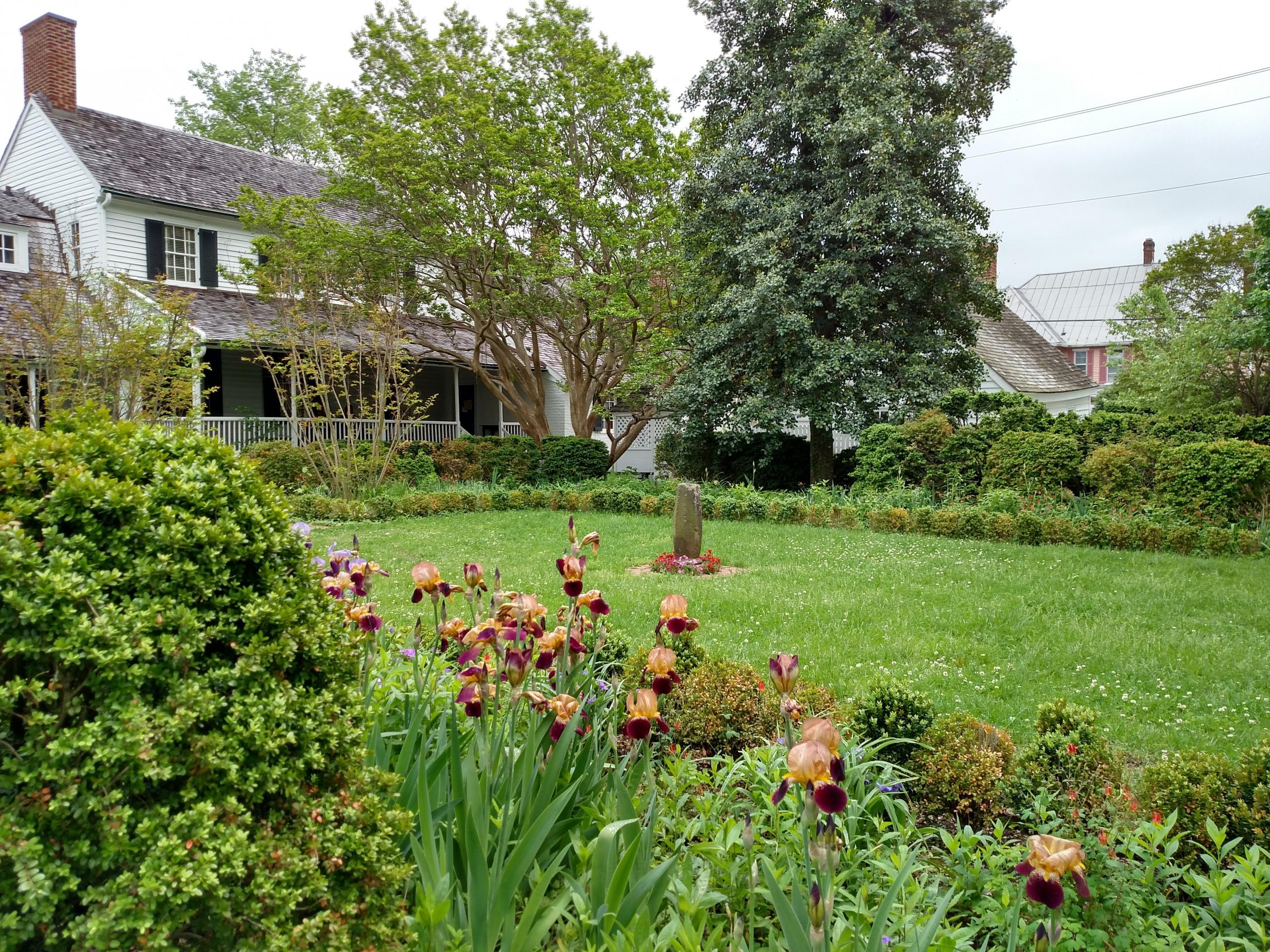 The most uncomfortable moment in George and Mary’s relationship came in 1781 when Mary requested a paid pension from the Virginia House of Delegates, claiming that she was unable to support herself. Virginia Speaker of the House Benjamin Harrison quelled the potentially embarrassing situation for Washington, and Washington responded with a detailed letter in which he defended his continued care for his mother: “Before, I left Virginia, I answered all her calls for money; and since that period, have directed my Steward to do the same . . . she has not a child that would not divide the last sixpence to relieve her from real stress.”8

In 1787 George wrote his mother a long letter addressing her continued requests for financial support. He urged her to move in with “one of her children,” writing, “It is, I am convinced, the only means by which you can be happy.”9  She refused, and continued to live alone in her house in Fredericksburg until her death. In April 1789, with Mary on her deathbed, Washington visited his mother for what he knew would be the last time; a visit which he referred to as his “last Act of personal duty” to her.10

Mary died of breast cancer in Fredericksburg on August 25, 1789.11 George wrote of his mother’s death in a letter to his sister, which opens: “Awful, and affecting as the death of a Parent is, there is consolation in knowing that Heaven has spread ours to an age, beyond which few attain.”12 While the letter also reveals George’s continued frustration at his mother’s consistent requests for financial support, high-ranking members of the newly formed government in New York entered a five week period of official mourning, and Washington himself donned a black badge for five months following Mary’s death.13 However, Washington did not lay a gravestone for his mother, and one was not placed on the site until 1833, when the then-President of the United States, Andrew Jackson, spoke at the dedication ceremony.14

A localized movement to erect a monument to Mary extended through much of the nineteenth century and culminated in the construction of the Mary Washington Monument in Fredericksburg in the 1890s.15 Her legacy is reflected by several institutions that carry her name, the most prominent among them the University of Mary Washington. Today, visitors can also visit Mary Ball Washington’s Fredericksburg home.