Joseph Reed was a key part of George Washington's staff during the Battle of Harlem Heights. 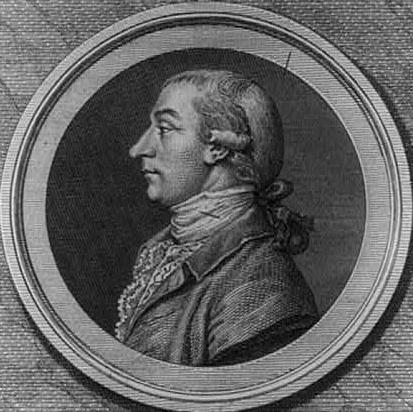 Joseph Reed was one of George Washington’s aides-de-camp early in the American Revolutionary War and eventually held the ranks of colonel and adjutant-general. Reed was often considered a polarizing figure, which was demonstrated through his relationship with Washington during the war. He later served in Congress as a Pennsylvanian delegate who signed the Articles of Confederation, and as the third president of the state’s Supreme Executive Council (analogous to governor) from 1778 to 1781.

Reed was a native of New Jersey, born in 1741, and spent most of his life between New Jersey and Pennsylvania. He received his undergraduate degree from the College of New Jersey (today Princeton University) at the age of 16. Reed then furthered his studies of the law first informally under the direction of the New Jersey lawyer and politician Richard Stockton and then continued in London at the Middle Temple.

During his time at the Middle Temple, he met Englishwoman Esther de Berdt, and the two married in 1770. The couple had five children after they moved to Pennsylvania together. Like her husband, Esther de Berdt Reed became fiercely dedicated to the American revolutionary cause and started the Ladies Association of Philadelphia (also known informally as the Daughters of Liberty) to raise money in support of the war. She died on September 18, 1780, from dysentery, leaving her children in the hands of her husband and the Ladies Association in the hands of Sarah Franklin Bache, Benjamin Franklin’s daughter.

Before the Revolutionary War, Reed focused on becoming a leading lawyer within the colonies. He long confronted suspicions that he was a Loyalist, as he hoped for peaceful reconciliation with Britain and had marital and familial ties with the mother country. However, in the two years before the war, he worked for his community as a member of Philadelphia’s Committee of Correspondence and as the president of Pennsylvania’s second Provincial Congress (or Conference). Moreover, as one of Washington’s first aides-de-camp, Reed assisted militarily in the first years of the war, gaining the commander’s great trust and respect. Over time, he proved himself to be a committed American patriot.

In April 1775, Reed became a lieutenant colonel of the Continental Army and was soon promoted to adjutant-general as an aide-de-camp, or military secretary, to Washington. Their frequent correspondence reflected a trusting relationship, until a letter to Reed from General Charles Lee was opened by Washington in December 1776. The letter revealed the men’s doubts in Washington’s abilities as a commander following his defeat earlier that summer in New York City.1 Although Reed and Washington maintained a working relationship, they would never share the same trust and mutual dependence.

Following Washington’s discovery, Reed would continue to serve in the army without pay for the rest of the war, but shifted his focus to Pennsylvania’s affairs. In 1777, Reed was elected to the Continental Congress and was one of five Pennsylvania delegates to sign the Articles of Confederation. The following year he was chosen as president of the state’s Supreme Executive Council. In this role, he helped oversee the passage and implementation of America’s first gradual emancipation statute in 1780, and worked to give financial benefits to Pennsylvanian soldiers after the war. He also worked with the Pennsylvania Assembly to try and convict the state’s Loyalists for treason and sentence them to harsh punishments, including property seizure.

Reed also carried on a very public feud with Benedict Arnold when the latter served as the military commander of Philadelphia between 1778 and 1780. In February 1779, Reed publicly accused Arnold of eight accounts of corruption. Arnold demanded a court martial to clear his name, which he received. In January 1780, Arnold was cleared of the most serious charges, but the episode hurt his reputation and he resigned his military command of Philadelphia that April. Although Reed failed to convict Arnold, the trial was highly publicized and contributed to Arnold’s later decision to commit treason against the United States.

After Reed’s term as president of Pennsylvania ended in 1781, he returned to practicing law. He was elected again to Congress in 1784, but declined because of deteriorating health. Joseph Reed died at his home in Philadelphia on March 5, 1785.