The Revolutionary War was also in many ways a civil war. Approximately one-fifth of Americans supported Britain during the Revolution, although their exact numbers are uncertain due to the inherent difficulty in determining who qualified as a "Loyalist."

Regarding direct church participation, George Washington was a devoted member of the Anglican Church. But in regard to personal spirituality, Washington was generally private about his religious life. 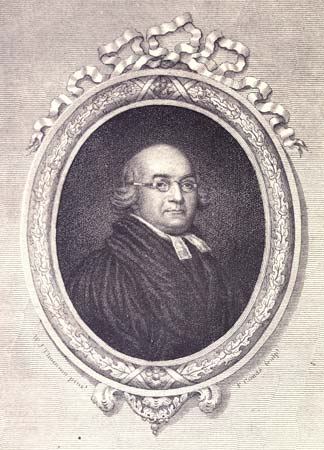 Anglican minister Jonathan Boucher, one of the most prominent Loyalists in the South, was born in Cumberland, England in 1738. He came to live in the Chesapeake region as a young man, eventually attaining a position of prominence as rector of the Annapolis church in Maryland. He was a close friend of George Washington and tutor to Washington's stepson John Parke Custis. However, Boucher returned to England in 1775 as a result of his adamant opposition to the American Revolution.

Intelligent and well-read, but rather dogmatic in his thinking, Boucher was an adherent of Sir Robert Filmer's theory of the divine right of kings, which most eighteenth-century thinkers had long abandoned for Locke's natural rights theories. An extreme conservative, Boucher favored a hierarchical arrangement in both church and state. He felt that the "will of the people" had too great a power in colonial America. He hated the fact that ministerial positions were subject to popular opinion, which had very ill effects on the candidates. In his view: "to be very popular, it is, I believe, necessary to be very like the bulk of the people, that is, wrong-headed, ignorant, and prone to resist authority."1 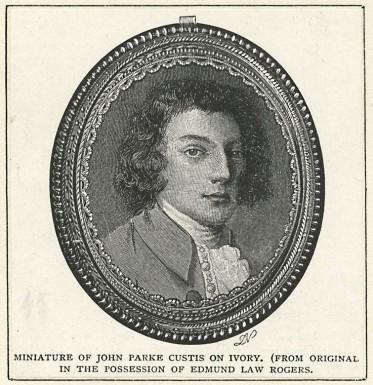 Unlike some more legalistically-inclined Loyalist minds, Boucher never concerned himself much with the constitutional questions behind the American Revolution. For him, the colonial grievances did not exist. He saw the crisis as caused by a small group of malcontents, motivated by personal resentments who were using demagogic tactics to gain support of an ignorant public. The case against the Revolution was clear to him: a illegitimate populist faction had risen up, assumed extra-legal powers, stifled the press, ended free debate, even in the church, and kept all who would oppose them in fear for their lives and property.

Boucher saw a good deal of the Revolutionary crisis in religious terms, blaming the disturbance on the New England Congregationalists, whom he detested, and particularly their "black robed" dissenting clergy. He thus defied public pressure in refusing to pray for the Bostonians "groaning" under the Coercive Acts, or to participate in charitable efforts on their behalf. Towards the end of his ministry, he was forced to preach his still-defiant sermons with two loaded pistols on his pulpit. He saw himself as constantly in danger of arrest or murder, and left for permanent exile in 1775.

Boucher's view of the American Revolution never changed. He missed some aspects of his old home, particularly his friends. In 1797, he dedicated his View of the Causes and Consequences of the American Revolution to old friend and neighbor George Washington. In the dedication, he noted that his friend’s government had itself recently experienced problems with "anarchical doctrines" and saluted Washington for having successfully established a more stable and morally sound frame of governance in the new nation.2

2. Boucher, A View of the Causes and Consequences of the American Revolution; in Thirteen Discourses, Preached in North America between the Years 1763 and 1775, with an Historical Preface (London, 1797), dedication.

Bibliography:
Boucher, Jonathan. A View of the Causes and Consequences of the American Revolution; in Thirteen Discourses, Preached in North America between the Years 1763 and 1775, with an Historical Preface. London, 1797; Reprinted New York, Russell & Russell, 1967.

Boucher, Jonathan. Reminiscences of an American Loyalist, 1738-1789: Being the Autobiography of the Rev. Jonathan Boucher, Rector of Annapolis in Maryland and afterwards Vicar of Epsom, Surrey, England. Ed. Jonathan Bouchier. Boston, 1925.