Remembering the Declaration of Independence

John Hancock is perhaps best known for his signature on the Declaration of Independence. Examine this 19th-century painting, from the Mount Vernon collections, that depicts Thomas Jefferson handing a draft of the Declaration to Hancock, who was then president of Congress.

Several figures of note during the American Revolution, including George Washington and John Hancock, were Freemasons. 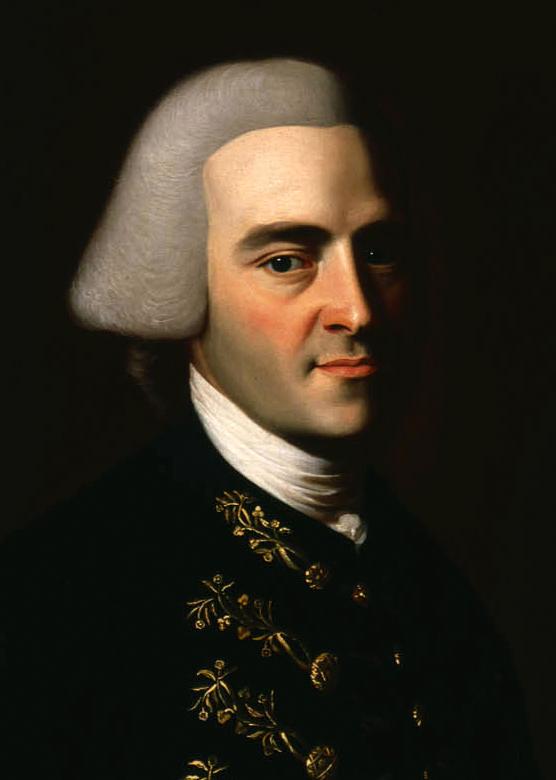 As the son and grandson of ministers, John Hancock was destined for the ministry. His life took an abrupt change, however, when his father died. He along with his mother, brother and sister went to live with his grandparents in Lexington, Massachusetts. Hancock's stay in Lexington was, however, brief. Hancock’s grandfather sought better schooling for his grandson to prepare him for Harvard College, and made arrangements for John to move to Boston and live with Uncle Thomas and his wife Lydia. Thomas Hancock one of the richest merchants in Boston and lived in a grand mansion atop Beacon Hill. He and Lydia had no children.

Hancock attended Boston Latin School and graduated from Harvard in 1754. Instead of following the career path of his father and grandfather, Hancock returned to Beacon Hill to his Uncle’s enterprise. When Uncle Thomas died in 1765 Hancock inherited his entire fortune. Hancock loved politics more than business. In 1765 he was elected a selectman of Boston. His election came at a moment when colonial resistance to the Acts of Parliament was intensifying, and Hancock allied himself with the Boston Whigs.

Hancock's popularity guaranteed him election to every political post he sought, and in 1774 he was chosen as a member of the Massachusetts delegation to the First Continental Congress. In 1775 he returned as a member of the Second Continental Congress which elected him President. He presided over the chamber during the discussion concerning the appointment of a commander in chief for the Continental Army. It is likely that he saw himself as a candidate for the post and was deeply disappointed when both John Adams and Samuel Adams rose to nominate George Washington. Hancock remained president during the debate over independence and famously signed the Declaration with his bold signature. 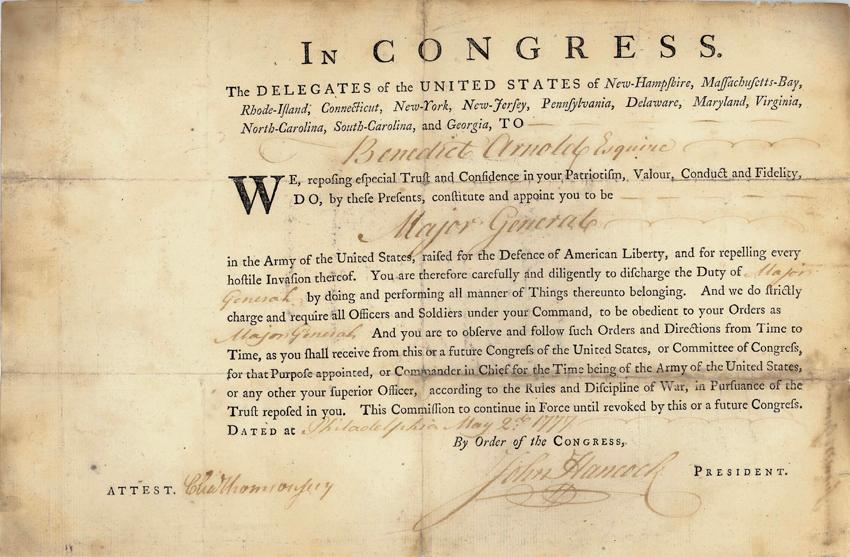 Hancock returned to Boston in 1777, and in 1780 he was elected first governor of the Commonwealth of Massachusetts. As a politician eager to defend the rights and powers of his state, Hancock was unsure about the Federal Constitution. Although he presided over the state ratifying convention he and Samuel Adams, who held similar views, remained silent during the debates. When it became clear, however, that ratification might fail, the two "Old Revolutionaries" spoke in support of the Constitution and it was approved by a narrow margin (187 to 168). Legend suggests that some suggested to Hancock that while Washington most certainly would become President it was likely a New Englander would be selected as Vice President and that he was a logical choice.

The people of Massachusetts continued to elect Hancock as their Governor. On October 24, 1789 Washington, as part of his tour of the eastern states, arrived in Boston. Nearly the whole town turned out to greet him except the Governor. Asserting his position as governor, he felt that protocol required the President should come to him. Hancock quickly realized his political mistake and later visited Washington, claiming that illness had prevented him from arriving sooner. Hancock remained governor until his death in 1793.