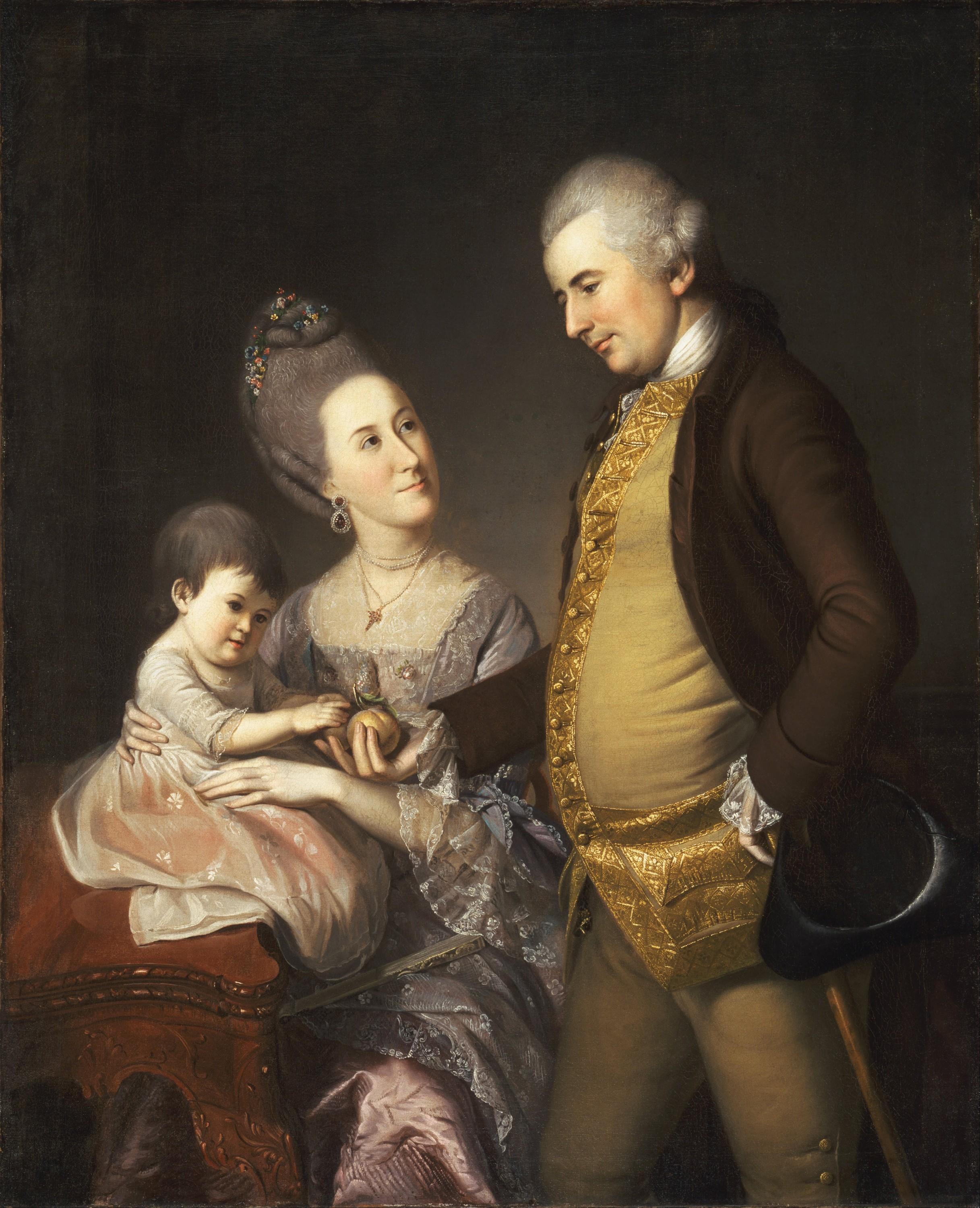 Colonel John Cadwalader led the Third Battalion of the Philadelphia militia during the American War for Independence. His command reinforced the Continental Army led by General George Washington during the winter of 1776-1777, and Cadwalader played a crucial role at the Battle of Princeton in January 1777. Cadwalader left active duty early in the war, but remained in correspondence with Washington as a military advisor for the remainder of the war. Washington once referred to Cadwalader as “a military genius—of a decisive and independent spirit—properly impressed with the necessity of order and discipline and of sufficient vigor to enforce it”.1

Cadwalader was born in 1742 in Trenton, New Jersey, to a Philadelphia-based doctor and his wife. After studying in both Europe and at the College of Philadelphia (known today as the University of Pennsylvania), Cadwalader operated as a merchant with his younger brother Lambert. The brothers found financial success with their endeavors and were able to establish very comfortable lives. In 1768, Cadwalader married Elizabeth Lloyd, a young woman from a prominent Maryland family. In 1769, his father-in-law, Edward Lloyd, introduced Cadwalader to George Washington. This meeting initiated a lifelong relationship of mutual admiration between the two men. Cadwalader and Elizabeth had three daughters together; Elizabeth died shortly after the birth of their youngest in 1776. Throughout his life Cadwalader was known as a fashionable man, having the latest in expensive clothing and home furnishings. This would bring him some criticism; prior to the start of the war, Elizabeth ignored the boycott on British goods and continued to buy clothing, fabric, and hair accessories from London. In 1779, Cadwalader remarried to Williamina Bond and had three additional children with her.

In early December 1776, George Washington corresponded with Colonel Cadwalader, advising him to keep his men in Trenton, New Jersey, to prepare for battle. While the original plan was to travel to Princeton, New Jersey, Trenton was found to have more room and supplies for the troops.2 Washington also tasked Cadwalader with commanding the recently arrived sailors of Philadelphia and discovering if they would lend support as foot soldiers, or were only willing to serve in a naval capacity. These preparations were for the Battle of Trenton on December 26, 1776, which ended in a resounding victory for Washington’s command. Cadwalader was not as victorious. He and his command were part of the famous crossing of the Delaware River, but were unable to provide needed artillery to Washington’s men due to the rough winter conditions in New Jersey.

Cadwalader reaffirmed his worth a week later at the Battle of Princeton on January 3, 1777. Remaining on the New Jersey side of the Delaware River, he gathered information on the whereabouts of the British troops and their essential supplies and provided Washington with a detailed map based on his findings. He led the Philadelphia militia into the battle, and his map and battle plans were critical to securing a victory for Washington and the Continental Army.

In early 1777, impressed with his role in the Battle of Princeton, the Continental Congress offered Cadwalader an appointment as brigadier general of the Continental Army. Cadwalader respectfully declined the appointment.3 This decision prompted a letter from George Washington urging Cadwalader to reconsider. Washington believed he had successfully convinced Cadwalader to take up the appointment of brigadier general and continued to send orders and recommendations, but Cadwalader remained steadfastly resolved to not accept.4 In 1780, Cadwalader expressed to Washington his regret over declining the position, claiming that he believed in 1777 that the war was nearing its end.5

Although Cadwalader turned down the appointment as brigadier general of the Continental Army, in August 1777 he did accept an appointment as brigadier general of the Philadelphia militia.6 In September, Cadwalader wrote to Washington requesting the aid of the Delaware militia in defending against British troops approaching from Queen Anne’s County, Maryland towards where Cadwalader was stationed, at the head of the Sassafras River.7

Cadwalader often included concerns about the morale of both the troops and locals in his letters to Washington. Before the infamous winter of 1777-1778 at Valley Forge, Cadwalader urged Washington to avoid retiring the troops to winter quarters and to instead stage another winter campaign. He argued that while soldiers might immediately be disheartened by a winter campaign, the likely victories that could ensue from a surprise winter attack on the British would provide a much needed morale boost to the Continental Army.8 Cadwalader also feared there would be a significant shortage of provisions if the army was to remain in one location. Unfortunately, his fears were realized.

Despite occasionally being at odds with Washington over the future president’s military decisions, Cadwalader was a staunch supporter of the general. He was involved in a duel over Washington’s honor with the discredited former general Thomas Conway on July 4, 1778, after Conway’s plan to overthrow Washington was revealed. Both men survived the duel, although Cadwalader did manage to shoot Conway in the mouth. In 1779, after retiring from the military, Cadwalader began the first of three terms in the Maryland House of Delegates.

Cadwalader’s life was brilliant, but short. In 1786, he died at the age of forty-four of pneumonia. Cadwalader was widely admired—even by his political opponents, who joined in lamenting his early death. Among these opponents, Thomas Paine praised Cadwalader’s virtues as both a patriot and a soldier, words that are carved into Cadwalader’s tombstone in Shrewsbury, Maryland:

His early and inflexible patriotism will endear his memory to all true friends of the American Revolution. It may with strictest justice be said of him, that he possessed a heart incapable of deceiving. His manners were formed on the nicest sense of honor and the whole tenor of his life was governed by this principle. The companions of his youth were the companions of his manhood. He never lost a friend by insincerity nor made one by deception. His domestic virtues were truly exemplary and while they served to endear the remembrances they embitter the loss of him to all his numerous friends and connexions.9

Haulman, Kate. “Fashion and the Culture Wars of Revolutionary Philadelphia.” The William and Mary Quarterly 62 (October 2005): 625-62.