John Armstrong was central to the Newburgh Conspiracy of 1783.

Armstrong was at the New Windsor Cantonment in 1783 when he wrote his famous "Newburgh Address."

John Armstrong Jr. was an officer in the Continental Army and the anonymous author of the infamous Newburgh Address in March 1783. He survived the incident to have an active political career, serving as a member of the House of Representatives and the Senate, as the U.S. ambassador to France, and as secretary of war during the War of 1812. 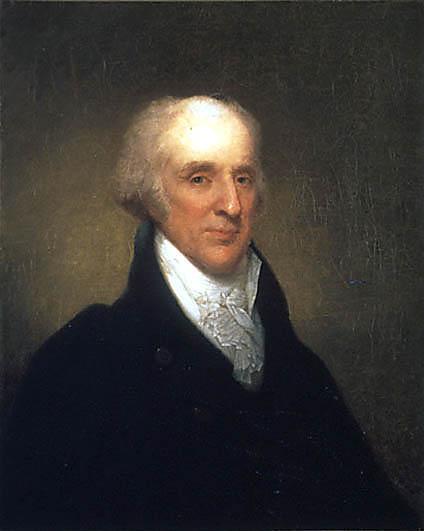 Armstrong was born on November 25, 1758, in the town of Carlisle, Pennsylvania. His father, General John Armstrong Sr., had founded the town and was a veteran of the French and Indian War. His mother, Rebecca Lyon, moved with John Armstrong Sr. and her family to America in 1746 from Ireland. Armstrong had an older brother, James, who studied medicine at the Academy of Philadelphia. Armstrong received an advanced education and at age 16 entered the College of New Jersey (today Princeton University) as a sophomore. Yet, he never finished his education and instead, followed the lead of his father and brother by joining the Revolutionary War.

Armstrong first joined James Potter’s Pennsylvania regiment as a volunteer in August 1776. He was soon invited by General Hugh Mercer to be a brigade major and aide in his staff. Due to his young age and inexperience, Armstrong wrote that the position was “perhaps higher than I deserved” and worked frantically to try and prove his worth.1 However, he did not hold this position for long. In December 1776 and January 1777, Armstrong participated in the battles of Trenton and Princeton. These battles would claim Mercer’s life and almost that of Armstrong’s. Upon the merging of Mercer’s forces with those of General Arthur St. Clair following the battle, Armstrong no longer held any notable position within the Continental Army until General Horatio Gates offered him the positions of major and aide-de-camp.

Between August and October of 1777, Armstrong, under Gates, participated in the Battle of Saratoga, which resulted in a decisive victory for the American forces. In 1779, he joined the expedition against the British at Castine, Maine, but this resulted in failure and he soon returned to Gates’s headquarters in Rhode Island. In April 1781, Armstrong accompanied Gates to Philadelphia, where Gates faced an inquiry from Congress about his conduct in the Carolina campaign of the previous year. It was on this visit that Armstrong noted the poor financial position of Congress, writing to his father that its members had confessed “themselves bankrupt in credit, sense, honesty and spirit.”2 Congress could not fulfill its 1780 resolution for officers to receive half-pay for life after retiring from the army. The issue grew in importance as America’s success in the war became more certain after the victory at Yorktown in October 1781.

In late 1782, Armstrong traveled with Gates to General George Washington’s winter headquarters in Newburgh, New York. Gates was commandant of the army's winter encampment at New Windsor. Here, Armstrong heard grievances from his fellow officers about lack of pay, lost credit, the stopping of promotions, and the withholding of commissions. Congress had no active plan to deal with the issues, and many soldiers feared what would happen once the war was officially over.

In early March 1783, Armstrong circulated his stirring Newburgh Address that compiled the officers’ grievances and called for a meeting on March 10. Armstrong claimed in the address that the America that he and the rest of the army had fought for was now a country that “that tramples upon your rights, disdains your cries and insults your distresses” and that Congress had now abandoned them to “grow old in poverty, wretchedness and contempt.”3 He asked them to instead adopt a “bolder tone,” threatening that if their promises were not fulfilled that they should either disband, an act that would leave the country unprotected, or refuse to disband once a peace treaty was signed, a threat that could have led to a military takeover.4

At Washington’s request, the officers delayed their meeting until March 15, when the general interrupted the gathering to address his officers. In his speech Washington denounced the anonymous author (unaware at the time that it was Armstrong) and questioned his intent, asking “Can he be a friend to the Army? Can he be a friend to this Country? Rather, is he not an insidious Foe?”5 Washington urged that the men instead “place a full confidence in the purity of the intentions of Congress” and to end their conspiracy.6 Washington’s charismatic leadership helped to quell the discontent and those involved began to hide their involvement in the affair. A few days after the fateful meeting, Armstrong resigned his post and returned to private life after seven years in the army.

Armstrong’s life switched from a military career to a political one when he secured the appointment as secretary of the Pennsylvania Supreme Executive Council in 1783. On March 24, 1787, he was appointed by the Pennsylvania Assembly to be a delegate to the Confederation Congress, then meeting in New York. He was reinstated to the post again in 1788. On January 19, 1789, Armstrong married Alida Livingston, who came from a prominent New York family. The couple would have seven children. Their relationship led Armstrong to sever his ties to Pennsylvania and to become a member of the landed elite in New York. He declined a number of positions over the next decade, including the supervisor of the port of New York and chief justice of the Northwest Territory.

On March 4, 1800, Armstrong was sworn into office as a senator from the state of New York after the resignation of John Laurance. He did not enjoy his initial experience as a senator, finding legislative procedures too rigorous. Despite being re-elected for a full term that began in January 1801, his dissatisfaction led him to resign in February 1802 and to return yet again to private life. Armstrong still kept an active interest in political affairs, attempting to curb the influence of Aaron Burr in New York, celebrating the Louisiana Purchase, and participating in the creation of Armstrong County in Pennsylvania, which was named after his father. In November 1803, Armstrong was once again appointed senator of New York after De Witt Clinton resigned.

In May 1804, President Thomas Jefferson selected Armstrong to serve as the American ambassador to France, a post he held until 1810. During the War of 1812, President James Madison appointed Armstrong as secretary of war in 1813. Armstrong’s challenges included dealing with inadequate supplies and insufficient funds. He responded by cutting military expenditures, conserving supplies and, refusing to pay for militia calls that he deemed unnecessary.

As secretary of war, Armstrong developed a rivalry with James Monroe, who blamed Armstrong for excluding him from war strategy. Madison also lost trust in Armstrong when the secretary refused to acknowledge that the British could attack Washington, even when an invasion was imminent in 1814. Armstrong was forced to resign on September 4, 1814, after British forces attacked the city and burned its public buildings.

Armstrong spent the majority of his final years on his New York estate, keeping only a limited involvement and interest in politics. After a series of illnesses, John Armstrong Jr. died on April 1, 1843.

6. George Washington, “Speech to the Officers of the Army at Newburgh.”