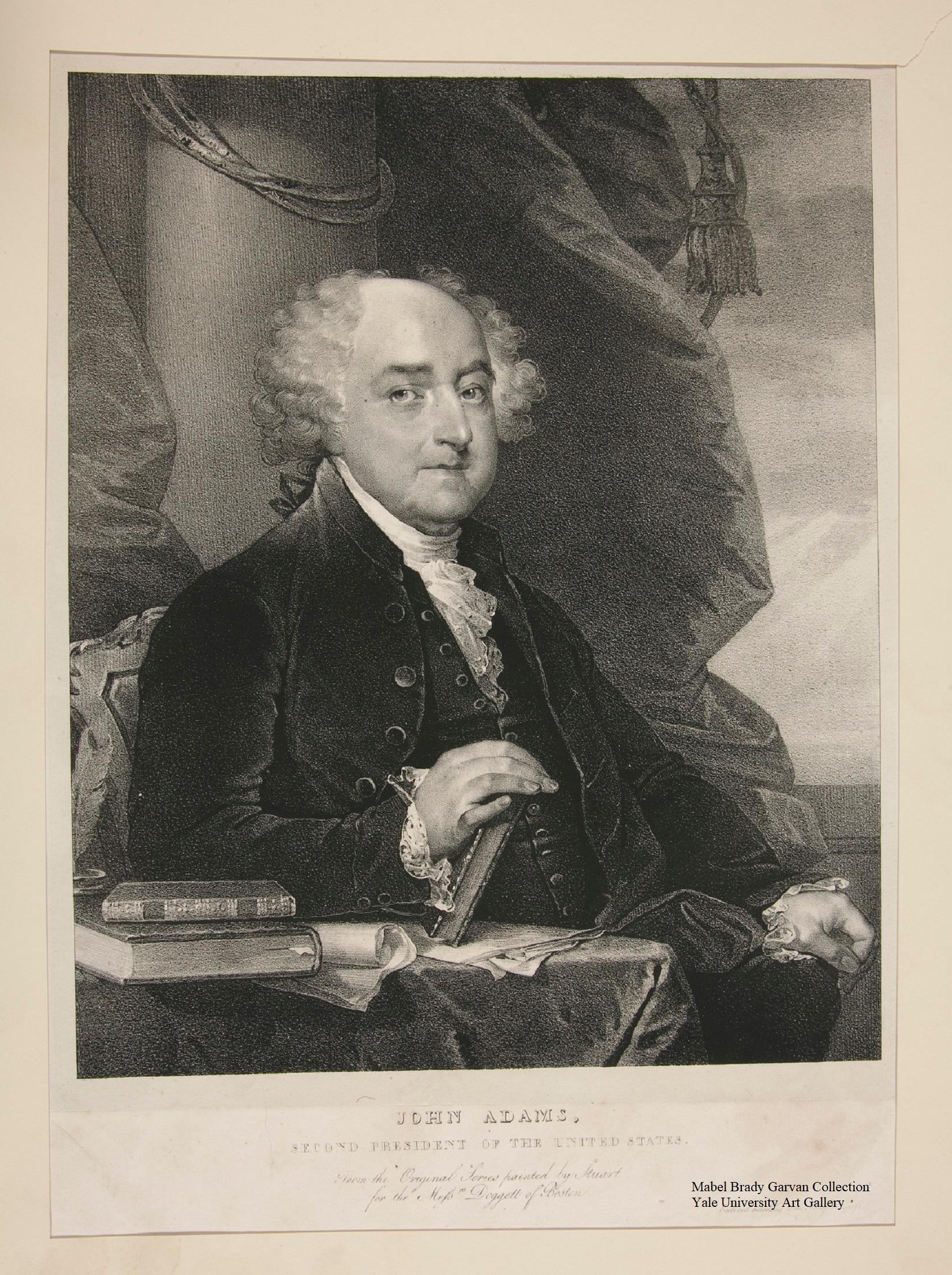 Born in 1735 to a Braintree, Massachusetts farmer and cobbler, John Adams was one of the most influential members of the American revolutionary generation. Adams attended Harvard in 1751 and eventually chose law as his profession. In 1764, Adams married the daughter of a Weymouth minister named Abigail Smith.

Adams first met George Washington in 1774 while serving as delegates to the First Continental Congress. The two men dined together several times, and were a complementary pair with Adams a passionate talker and Washington a concentrated listener.1 Adams greatly respected Washington and in 1775 pushed for Congress to name him the head of the army. Adams believed that with Washington in command, "This Appointment will have a great Effect, in cementing and securing the Union of these Colonies."2

Despite the successful nomination of Washington as the commander of the army, Adams was not ideally suited for the life of a politician. He was often noted for his bluntness and tactlessness as well as his impatience with legislative proceedings.3 Adams was also hypersensitive to criticism and became easily frustrated with his opponents. His devotion to supporting independence, however, did not go unnoticed and led to several government appointments, including as diplomat to France and later to England to negotiate peace at the end of the Revolution. It was through his foreign service that John Adams came into focus as a national leader.4

Upon his return from Europe, Adams initially wished to retire from public service. The plan was postponed, however, when George Washington was unanimously elected the first president of the United States in 1789 with John Adams as his vice president.5 Adams found his role as vice president a tedious one even referring to it as "the most insignificant office that ever the invention of man contrived or his imagination conceived."6

Even though both men were Federalists, Washington relied on his cabinet instead of his vice president, even excluding Adams from cabinet meetings.7 As president of the Senate, Adams was not permitted a voice in debate. For a man who relished debate, duties as a silent witness were difficult to bear. However, Adams consistently attended meetings, casting thirty-one tie-breaking votes in his tenure, always in support of the Washington administration.8

Adams retired to his farm in Quincy, Massachusetts in 1800 after losing his bid for reelection, after serving one presidential term. Adams' presidency was largely unpopular, especially in comparison to the overwhelming popularity of Washington's administration.9 Adams lived to be ninety years old, passing away on the fiftieth anniversary of the adoption of the Declaration of Independence, the same day as his lifelong friend, Thomas Jefferson.