James Alexander Hamilton (1788-1878) was the generational bridge between his father, Alexander Hamilton (1757-1804), and his daughter, Mary Morris Hamilton Schuyler (1818-1877), a major fundraiser in New York for the Mount Vernon Ladies’ Association from 1858 to 1866. Hamilton was a confidante of President Andrew Jackson, named by Jackson to serve as United States Attorney for the Southern District of New York (1829-1834). In 1851, at age 63, Hamilton was a member of the four-man crew that won the first America’s Cup. He also served on the board of directors for the Crystal Palace Exhibition, which is considered to be the first World’s Fair. “Nevis,” the home he built in 1828 and occupied for 50 years until his 1878 death, is now owned by Columbia University.

Hamilton was born on April 14, 1788, in New York City.[1] He was the fourth of eight children. Two months after his birth, his father was engaged in the Constitution ratification convention in Poughkeepsie.[2] Hamilton was nine years old in 1797 when his eldest sibling, Philip (1782-1801), was deathly ill and cured by medical doctor and botanist, David Hosack (1769-1835).[3] Hamilton was 13 when the same brother was killed in a duel.[4] Three years later, Hamilton was 16 when his father fought his famous duel with Aaron Burr near the same spot where Philip died.[5]

After graduating from King’s College (now Columbia) in 1805, Hamilton studied law in the office of Judge Nathaniel Pendleton (1756-1821).[6] Pendleton was the first judge of the District Court of Georgia and relocated to New York in 1796. He had become a close friend of Alexander Hamilton and served as his second in the duel with Burr.[7] 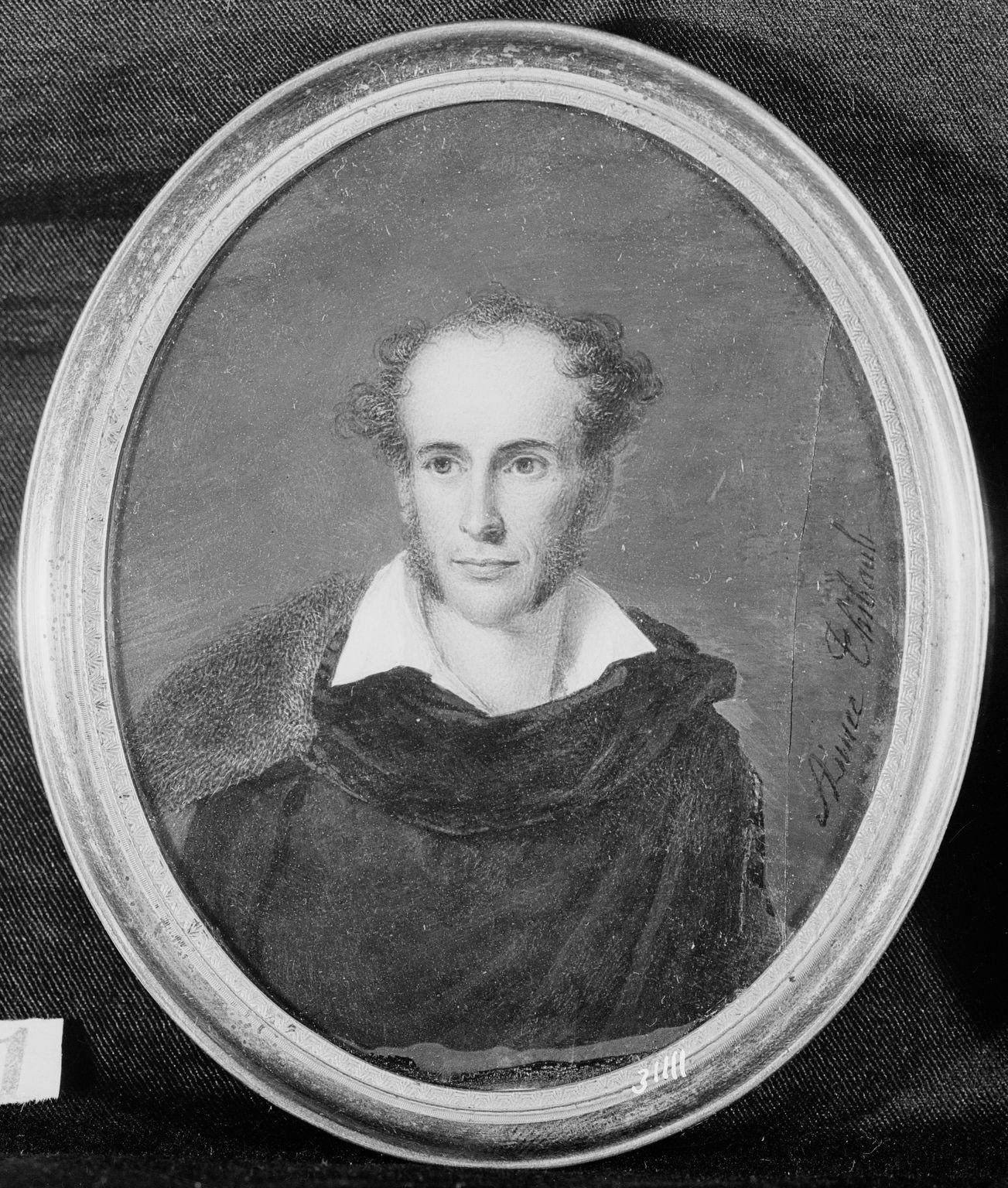 In his 1869 autobiography, Hamilton recalled the extreme "poverty" that characterized the early years of his legal practice. Neither his nor his wife’s family were able to help. “I now look back upon this event as not only the happiest, but the most fortunate occurrence of my long and eventful life. My poverty, with its burdens and responsibilities, nerved me to exertion, and necessity taught me the value of economy and self-denial.”[11] 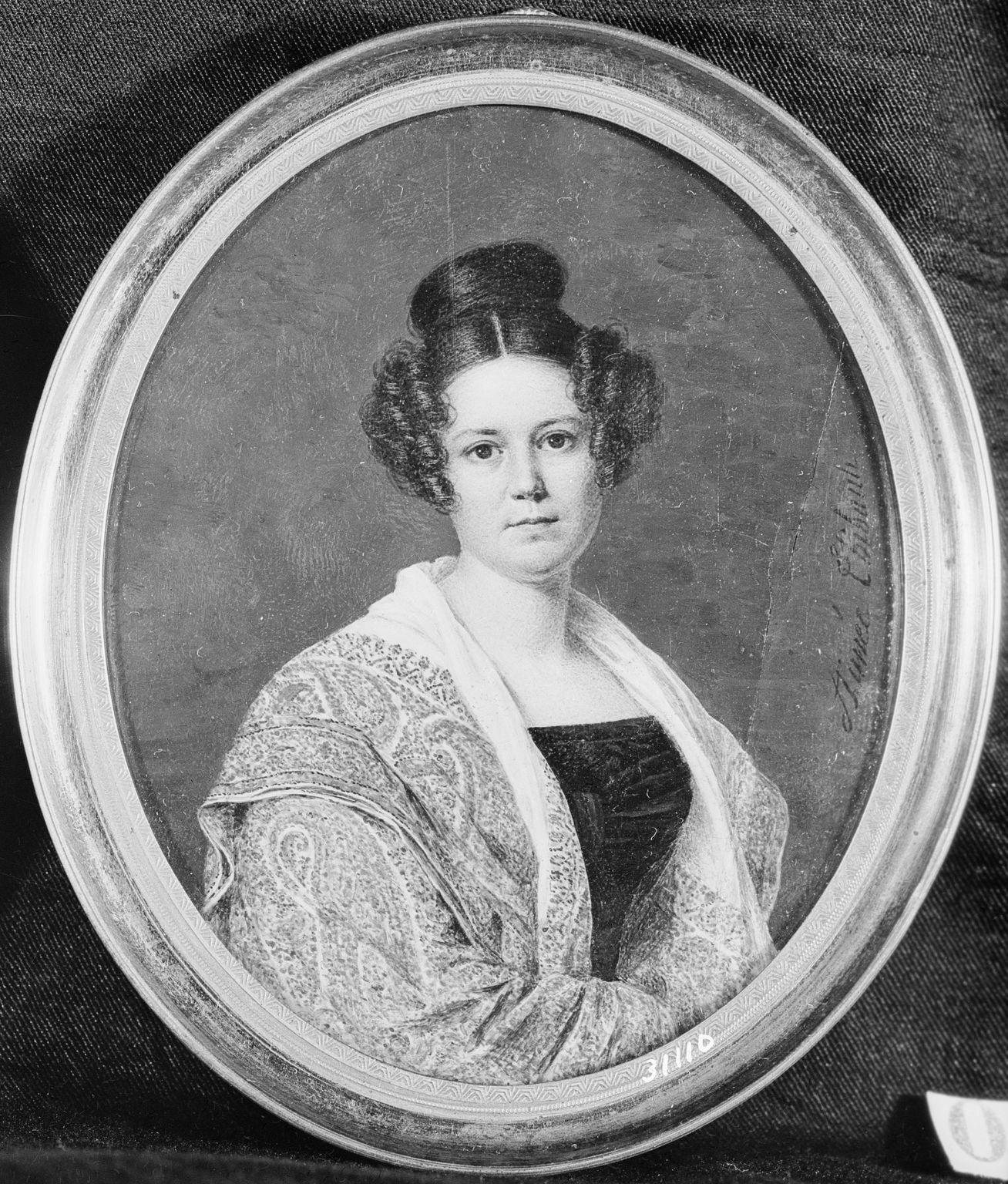 The War of 1812 interrupted Hamilton’s law practice. During the war he served as a brigade-major and inspector of the New York Militia.[12] By June 1815, he had relocated to New York City and received legal work from friends of his father.[13] He built a home in 1828, at age 40, he called “Nevis,” after the island of the West Indies where his father was born.[14] His 1878 New York Times obituary stated: “The Hamilton mansion was famous in New-York society 40 years ago, and has been the scene of many a distinguished gathering.”[15] As late as 1866, Hamilton kept in the home a portrait of George Washington by Gilbert Stuart, known as The Constable-Hamilton Portrait, which had been painted for his father in 1798.[16]

Confidante of President Andrew Jackson and His Cabinet; U.S. Attorney

In December 1827, Hamilton joined Andrew Jackson’s entourage in Nashville and traveled with it to New Orleans for the anniversary of the Battle of New Orleans, winning Jackson’s friendship during the trip.[17] After Jackson’s 1828 election to the presidency, Hamilton served as a member of Jackson’s “Appointing Coun­cil.” He agreed to serve as Acting Secretary of State until Martin Van Buren, recently elected governor of New York, could assume the post. He served in this capacity from March 4 to April 4, 1829.[18] He helped Jackson draft his Inaugural Address.[19]

On April 23, 1829, President Jackson nominated Hamilton as United States Attorney (then called District Attorney) for the Southern District of New York.[20] Aside from his short stint as Acting Secretary of State, it was the only public office he would hold. Before Hamilton’s departure from Washington, Jackson told Hamilton that he wanted him “to be always at my command” and to eventually return to a position in Washington: “I want you to be near me.”[21]

While a number of the 61 men and women who have served as United States Attorney for the Southern District from 1789 to 2021 would go on to serve in a Cabinet, none other than Hamilton worked on national and international matters as a confidante to a president and to his Cabinet while serving as U.S. Attorney. Hamilton’s 1869 memoirs of 670 pages, which is largely composed of his correspondence, includes discussions of the National Bank and the Nullification Crisis of 1832.[22]

President Jackson had parting words to Hamilton before he departed for his new role in New York: “Make as much money as you can.”[23] And Hamilton did. Under the ethical rules at the time, a District Attorney could continue private practice. In addition, there were lucrative fees associated with representing, in his role as District Attorney, the Collector of the Port of New York.[24]

Hamilton discussed in his memoirs only three cases he handled as United States Attorney. One was a case of murder and piracy. Hamilton characterized this as “[o]ne of the most painful events of my life.” Three individuals had been arrested for killing a captain and some of the crew of a ship, the Vineyard. Hamilton determined that he could not convict any of the three without granting immunity to one of them. He selected the 16-year-old boy as the least guilty of the three. The boy testified against a man named Gibbs and a Black man named Wansley who were convicted and executed. The boy was released and deported to his native country, England.[25] Hamilton left office in 1834 and returned to private practice.[26] 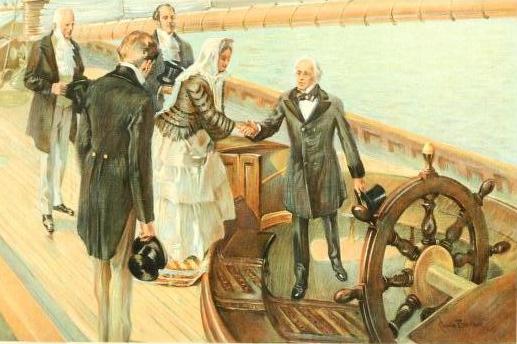 Hamilton won the first America’s Cup, then known as the Royal Yacht Squadron Cup, at the age of 63. Hamilton replaced his son-in-law, George L. Schuyler, at the last minute due to an emergency, and joined the other three members of the crew of the America for its 60-mile race around the Isle of Wight against 17 yachts on August 22, 1851. The 32-year-old Queen Victoria (1819-1901, r. 1837-1901) came aboard a day later to congratulate the winners and tour the yacht. The yacht race is the oldest international competition still operating in any sport. Today’s teams spend more than $100 million each in this test of sailing skill and boat and sail design.

Hamilton and his brother Alexander served as vestrymen of the Zion Protestant Episcopal Church from 1843 to 1853.[27]A plaque to honor them was mounted in 1953.[28] Both Hamiltons in 1853 were on the 22-member Board of Directors of the Association for the Exhibition of the Industry of All Nations – the Crystal Palace Exhibition, regarded as the first world’s fair in the United States.[29]

On March 6, 1862, Hamilton chaired and addressed a meeting at Cooper Union in favor of emancipation.[30] He met on consecutive days with President Abraham Lincoln about the subject as a military measure.[31] Lincoln asked him to draft a proclamation. Hamilton returned to New York, wrote a draft, and traveled to Washington to hand deliver his draft. On the day he delivered his draft, September 23rd, he learned Lincoln had just issued his preliminary emancipation proclamation.[32]

Hamilton published his memoirs in 1869 at age 81. His Reminiscences of James A. Hamilton: Or Men and Events, at Home and Abroad During Three Quarters of a Century ends in 1866 when he was 78, 12 years before his death. The memoirs include his trips to Europe, most particularly during the 1848 revolutions, and the American Civil War, including his correspondence with Lincoln. In addition to his Reminiscences, in which Hamilton stated his intent in the preface to “do justice” to his father, he published pamphlets defending his father such as The Public Debt and the Public Credit of the United States (1864) and Martin Van Buren’s Calumnies Repudiated: Hamilton’s Conduct as Secretary of the Treasury Vindicated (1870).[33]

Hamilton died at age 90 on September 24, 1878.[34] He outlived his wife, three of his five children, and five of his seven siblings. He is buried at Sleepy Hollow Cemetery, Tarrytown, New York.[35] His home was remodeled in 1889 by the famed architect Stanford White. In 1934 it was donated to Columbia University for the establishment of a horticultural and landscape architecture center and is currently one of the largest arboretums in the country.[36]

[6] Hamilton, Reminiscences, 40. Pendleton served as one of the executors of Alexander Hamilton’s estate. Ibid., 9.

[18] Ibid., 91-92, 102-107, 130. Jackson’s appointment of John McLean as Associate Justice of the Supreme Court, March 7, 1829, countersigned by Acting Secretary Hamilton is in possession of Gilder Lehrman Institute of American History, https://www.gilderlehrman.org/collection/glc01734).

[22] Ibid.,149-152, 247-252.  Additional examples include: “A Project to Create Offices of Deposit in Aid of the Fiscal Operations of the Government, and to Establish a Uniform Currency,” Hamilton, Reminiscences, 155-159; “A Memoir [or in today’s parlance, Memorandum] on the Subject of Our Diplomatic Intercourse and Commerce with Certain Parts of Europe,” id. 175-187; comments on treaty negotiations with the Sublime Porte (the Ottoman Empire), id. 201-202; Opinion on “the Case of the Horses Presented by the Ottoman Porte to Mr. Charles Rhind, Agent of the United States at Constantinople,” id. 208-211; “Questions Propounded by Mr. Hamilton in Respect to the Proposed Transfer of Deposits of Public Funds from the Bank of the United States to the State Banks, and the Use of State Banks as the Future Receivers of Public Moneys,” id. 253-258; opinions on various issues concerning jewels stolen from the Prince of Orange (the Netherlands) confiscated at the Port of New York,” id. 222-247.

[32] Ibid., 533. Hamilton says he delivered his draft September 23, the day Lincoln had issued his preliminary proclamation. In fact, Lincoln’s was issued September 22.

Columbia University, Catalogue of Columbia College in the City of New York: Embracing the Names of Its Trustees, Officers, and Graduates; Together with a List of All Academical Honours Conferred by the Institution from A.D. 1758 to A.D. 1836, Inclusive 32 (1836),  http://books.google.com/books?id=_XTOAAAAMAAJ&pg=PA32&lpg=PA32&dq=%22james+a+hamilton+%22+1805+columbia&source=bl&ots=UGMkTWy9so&sig=OmzBnrEVNkLqNt5-Ue2UlD400Os&hl=en&sa=X&ei=jfmAUpjfNMvdsAT1l4LIAw&ved=0CDoQ6AEwAw#v=onepage&q=%22james%20a%20hamilton%20%22%201805%20columbia&f=false.

Gibbs, Joseph. Dead Men Tell No Tales: The Lives and Legends of the Pirate [alias] Charles

“A Guide to the Pendleton Family Papers,” Library of Virginia, accessed Feb. 29, 2020. https://ead.lib.virginia.edu/vivaxtf/view?docId=lva/vi01144.xml.

Hamilton, James A. Correspondence. The Library of Congress has digital copies (as of 2020) of an additional 10 letters to Jackson, one letter from Jackson, and 15 letters to President Lincoln. https://www.loc.gov/search/?q=%22james+a+hamilton%22&st=list.

State Sovereignty: Rebellion Against the United States by the People of a State Is Its Political Suicide. New York: Baker & Godwin, 1862 (32pp), https://babel.hathitrust.org/cgi/pt?id=loc.ark:/13960/t7zk5gb2d&view=1up&seq=7.

Reminiscences of James A. Hamilton: Or Men and Events, at Home and Abroad During Three Quarters of a Century. New York: C. Scribner, 1869, http://books.google.com/books/about/Reminiscences_of_James_A_Hamilton.html?id=0uQEAAAAYAAJ.

“Hamilton,” in Reynolds, Cuyler, Genealogical and Family History of Southern New York and the Hudson River Valley: A Record of the Achievements of Her People in the Making of a Commonwealth and the Building of a Nation. Hudson River Valley: Lewis Historical Publishing Co., 1914. 3:1376-1392. http://books.google.com/books/about/Genealogical_and_Family_History_of_South.html?id=iNIUAAAAYAAJ.