Boston was the American headquarters of the British army in 1775. Troops occupied most of the city, while the navy blockaded its port. A siege of the city, directed by Washington, forced a British departure on March 17, 1776.

Like George Washington, Putnam was a landowner who gained his first military experience during the French and Indian War. 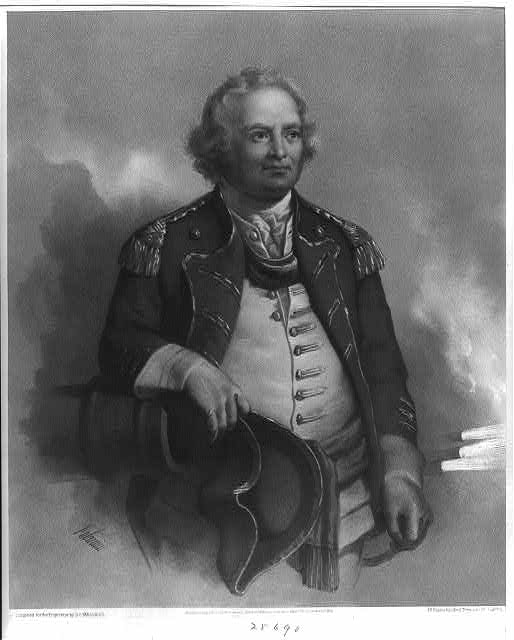 Israel “Old Put” Putnam was born on January 7, 1718 to Puritan parents in Salem, Massachusetts. In 1740, Putnam moved to Pomfret, Connecticut for the promise of cheap land.1 He became a successful farmer by the time of the outbreak of the French and Indian War in 1755.

Putnam was summoned into the Connecticut militia and was quickly named captain of a company of Provincial forces. With his natural leadership abilities and charisma, he excelled in his role as an officer and recruited scores of men into his Provincial regiment. Soon after, Putnam was introduced to Major Robert Rogers, and the two of them would operate in conjunction with one another in the upcoming expedition to Crown Point. While serving alongside Rogers, Captain Putnam established a reputation for himself as a capable frontier fighter. By 1757, his actions along the frontier had earned him a promotion to major.2 Major Putnam further distinguished himself at Fort William Henry in 1757 and at Fort Ticonderoga in 1759. In the latter campaign, he was captured by a French and Indian force after a fierce skirmish. Major Putnam was among those exchanged for French prisoners taken after the British victory at Fort Frontenac in 1758.3 After rejoining the British, he rose to the rank of lieutenant colonel in the Provincial forces for his bold actions in combat. 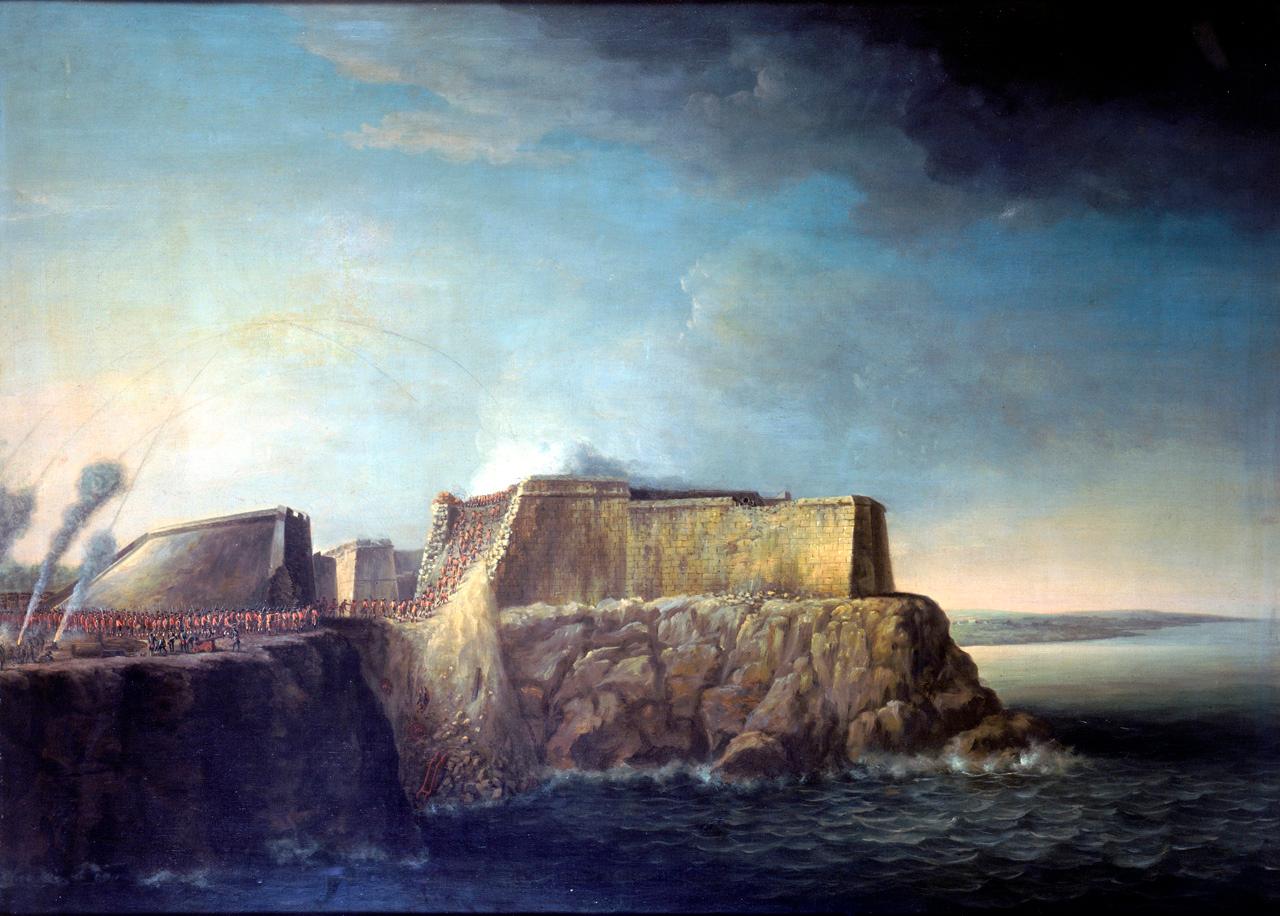 In General Jeffery Amherst’s 1760 three-pronged campaign to take Canada, Putnam further distinguished himself as a Provincial officer. During the expedition, he garnered the attention of General Amherst himself when he successfully captured two enemy ships defending Oswegatchie by boarding them with batteaux.4 With the Union Jack flying over New France following Governor-General Vaudreuil’s bloodless capitulation at Montreal, Colonel Putnam’s war seemed to be at an end. It was not until the Spanish invasion of Britain’s ally Portugal in May, 1762 that Putnam found himself under arms again.5 Colonel Putnam was given command of a Connecticut regiment, and they participated in the successful assault on Havana in 1762.6 It was his last major action during the Seven Years’ War, as peace was made in 1763 between the belligerent nations. However, Pontiac’s Rebellion required Colonel Putnam to briefly take up arms once again, and he was part of the relief expedition to Detroit in 1764. Once the Detroit campaign had ended, Putnam happily returned to civilian life after nearly a decade of service.

Putnam’s military record during the Seven Years’ War cast him in a favorable light among his countrymen, and he was elected to the Connecticut General Assembly. Not long after his return to civilian life, his first wife Hannah passed away, leaving him to care for their ten children alone until he remarried two years later. During the Stamp Act Crisis of 1765-66, Putnam became a prominent member of the Connecticut Sons of Liberty. As relations between Crown and colonies began to deteriorate over the next decade, he continued to work on his farm until the Battle of Lexington and Concord in 1775.7

Upon learning of the outbreak of hostilities in Massachusetts, Putnam abandoned his plough in the field to raise the local militia.8 He then rode for Boston without bothering to change his clothes and made the 100-mile journey in just eight hours.9 By the time he arrived, the British had garrisoned themselves in Boston and were digging in. Putnam met with General Artemas Ward at the council of war and was appointed to the rank of major general.10 After his appointment, he briefly returned to Connecticut to recruit more militiamen for the cause.  Once he returned, General Putnam and regiment would conduct numerous improvised sorties against the British leading up to the Battle of Bunker Hill. Such operations ranged from merely taunting the British from Charlestown to burning a beached British warship.11  While Putnam thoroughly enjoyed such actions, his main motivation was to prevent his men from becoming idle in the absence of major operations.12

Throughout the morning of June 17, 1775, General William Howe began massing roughly 2,300 British troops near Charlestown to attack the freshly dug American redoubt atop Breed’s Hill. General Putnam had been present when the Americans first advanced into the Charlestown Peninsula, and after Breed’s Hill had been fortified he busied himself rounding up stragglers to expand the already existing fortifications at Bunker Hill. General Howe ordered the attack at 3:30 p.m., and General Putnam left Bunker Hill to join General Prescott at the redoubt on Breed’s Hill. The entire afternoon, Old Put could be seen riding through the American lines, both encouraging men along the front lines and attempting to goad stragglers back to Breed’s Hill.13 When the redcoats finally overran Prescott’s redoubt, General Putnam rallied his Connecticut regiment on Winter Hill to make a stand against another potential British advance.14 However, the exhausted and bloodied British forces were content to merely drive the Americans from Charlestown.

The Battle of Bunker Hill was the high water mark of Putnam’s wartime service. His actions in Charlestown won him a reputation for courage under fire. When George Washington arrived to take command of the newly established Continental Army, General Putnam was placed in overall command of the reserve division for the remainder of the Siege of Boston.15 After the British evacuation on March 17, 1776, the theater of war shifted from Boston to New York, where Putnam’s lack of formal military training began to hinder his ability to command. After spreading his forces too thin at Guana Heights, General Howe was able to outflank and rout Putnam’s forces during the disastrous 1776 Battle of Long Island.16  After Long Island, Putnam was delegated far less important commands. In 1777 General Putnam was sent to the Hudson Highlands, where he was tasked with preventing any British incursions from New York City up the Hudson River. In 1779 Israel Putnam suffered a stroke, which compelled him to resign his commission in the Continental Army. He died on May 29, 1790 in Connecticut, living to see the American victory during the War of Independence.

9. Paul Lockhart, The Whites of their Eyes: Bunker Hill, the First American Army, and the Emergence of George Washington, (New York: HarperCollins, 2011), 148.

Lockhart, Paul. The Whites of Their Eyes: Bunker Hill, the First American Army, and the Emergence of George Washington. New York: HarperCollins, 2000.