West Point played a crucial role in keeping the new United States from falling back to the British during the Revolutionary War.

In the summer of 1776, the British and Continental Armies fought a series of battles to gain control of the strategic city of New York. After several defeats, this was the lowest point of Washington's military career. 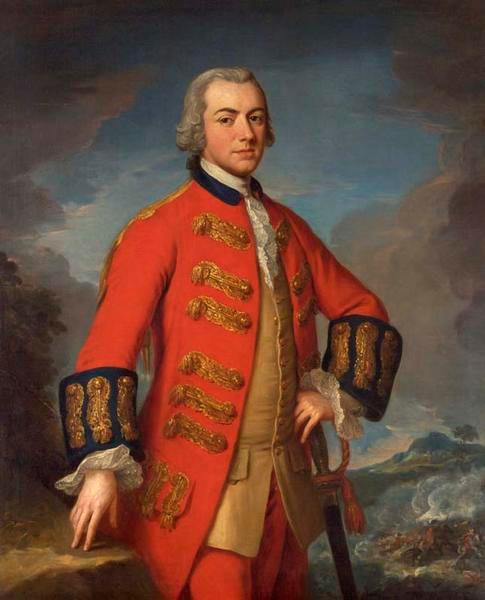 Sir Henry Clinton’s 1779 Hudson River Campaign was one of multiple attempts by the British to take possession of the Hudson Highlands. Although Clinton’s troops were initially victorious in raiding Continental Army fortifications and towns sympathetic to the rebels, these victories proved to be fleeting. In the end, the British general’s objective of crushing General George Washington’s forces went unaccomplished.

The 1779 campaign was not Clinton’s first foray up the Hudson River.  In 1777, after John Burgoyne’s descent from Canada stalled near Saratoga, New York, Clinton responded by departing Manhattan and sailing up the Hudson River to engage Continental forces. He first wrested control of the Hudson Highland Forts from the Continentals and then sailed north and laid waste to the town of Kingston, New York. Despite these victories, Clinton was unable to reach Burgoyne, who surrendered to Continental forces at Saratoga on October 17, 1777.

Unlike the 1777 campaign, the 1779 Hudson River Campaign would be largely under the control of Clinton, who had been made commander-in-chief of British forces in North America in 1778.  Lord George Germain ordered Clinton to deploy his forces to New England and the Chesapeake Bay in order to cut off the Continental Army in the north from the southern colonies and to destroy the ports that had sheltered and outfitted American privateers. However, Clinton complained that this was too great a task and that he had too few men and ships. Germain had already weakened Clinton’s position by sending 5,000 of his troops with Major General James Grant on an expedition to the West Indies. Regardless, Clinton’s protestations were rebuffed, so he made plans to destroy the main Continental Army, while staying relatively close to Manhattan in order to keep his supply line intact. On May 10, 1779, Major General Edward Matthew carried out Clinton’s orders and successfully raided Continental ships and positions near the Chesapeake Bay and took possession of the towns of Portsmouth, Norfolk, and Gosport.

After this task had been completed, Clinton ordered Matthew’s forces back to New York. Clinton then turned his attention to King’s Ferry, a crucial crossing site on the Hudson River. He believed that controlling both sides of King’s Ferry (Stony Point and Verplanck’s Point) would cut Washington off from New England and draw Washington out from behind his fortified base of operations at West Point.

It soon became apparent, however, that Washington could not be baited into

attempting to retake King’s Ferry. Therefore, Clinton reasoned that unsettling the portion of the American civilian population that supported the Continentals would force Washington’s hand. Clinton began this strategy of social disruption by signing the Philipsburg Proclamation on June 30, 1779. The proclamation freed slaves from the ownership of all American colonists who were rebelling against British rule. Essentially, this decree was an invitation for slaves to run away from their rebellious masters in order to work for the British; it was not meant to free these bonded laborers from white control, nor was it meant to free the slaves of loyalist owners. Clinton’s next step was to raid coastal towns in Connecticut that had supported the rebel cause. In order to bolster the numbers of the raiding parties, Clinton had to reduce troop strength at King’s Ferry; he left 3,000 British and Hessian troops to defend Verplanck’s Point and 1,000 British and Hessian troops to defend Stony Point. On July 1, 1779, Clinton sent mounted troops under the command of Lieutenant Colonel Banastre Tarleton to Pound Ridge near the New York-Connecticut border, where they clashed with Continental dragoons under the command of Major Benjamin Tallmadge, whom General Washington had sent to Pound Ridge in order to shore up Continental defenses near the Hudson River. This skirmish ended nominally in the favor of the British as Tarleton’s men were able to burn a number of houses in the area and capture documents alluding to the Culper Spy Ring that was operating in New York.

The series of British raids in Connecticut, beginning on July 5, 1779, were even more successful. Though troops under the command of Brigadier General William Tryon were beset by sharpshooters belonging to local militias, the British combatants were able to burn and plunder towns such as New Haven, Fairfield, and Norwalk. On July 7, Washington wrote to Connecticut Governor Jonathan Trumbull, Sr. that “The present movement [of the British] up the sound may have two objects in view – the destruction of some town . . . near the coast . . . and the diversion of a part of our force that way to enable them to act more seriously on this River.”1 This letter demonstrated the military astuteness of Washington. Although he ordered Brigadier General John Glover to be wary of British incursions into Connecticut,2 Washington knew that he needed to keep a significant portion of his troops near the Hudson River, recognizing that Clinton was trying to draw the Continental Army into a trap. Early in the morning on July 16, while it was still dark, Continental troops under General Anthony Wayne assaulted and captured Stony Point. While the Continentals abandoned the fortifications soon after, this victory provided an abundant supply of weapons and other provisions, along with a boost in the men’s morale. The Americans’ possession of 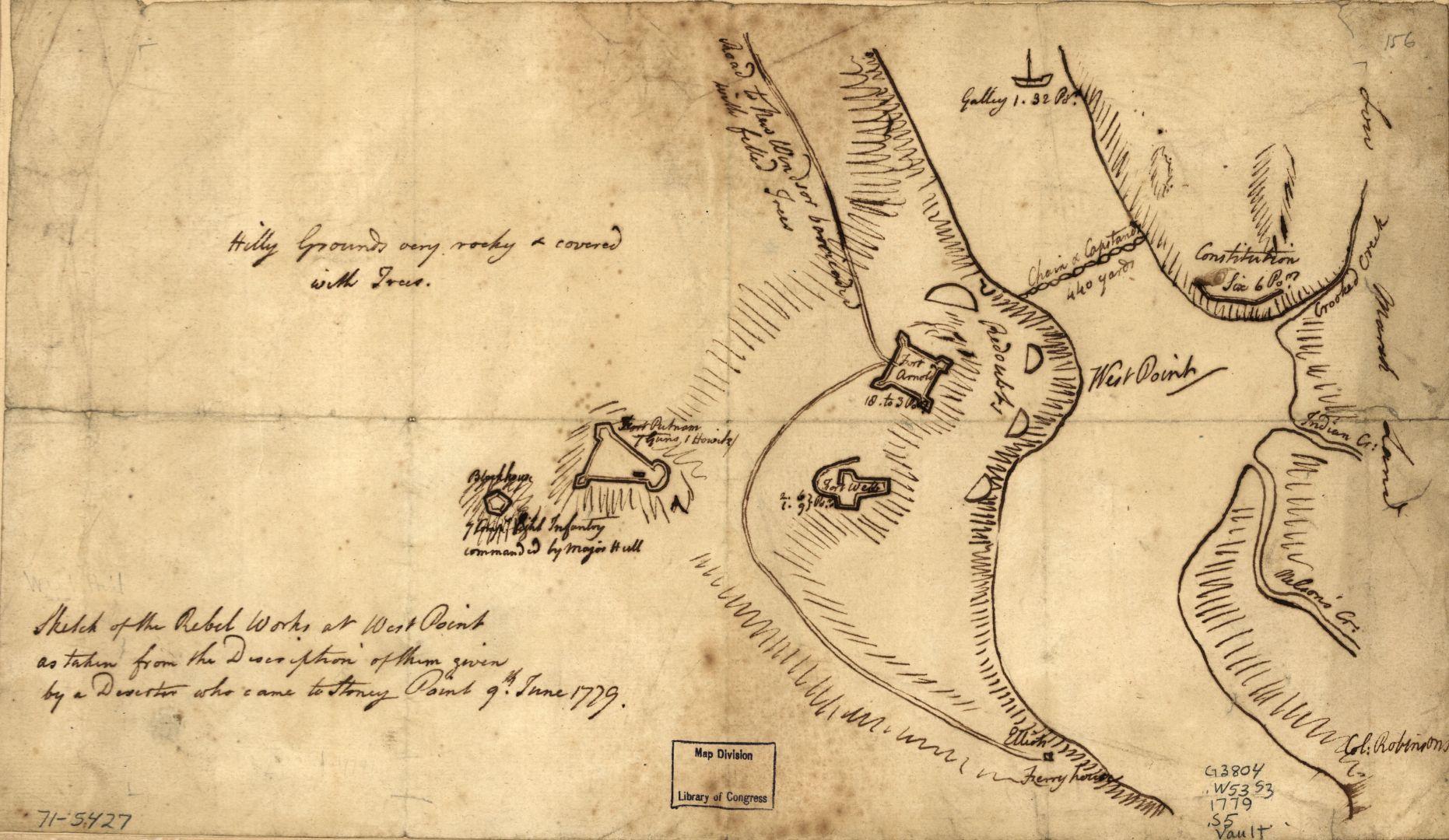 Point and of positions on both sides of the Hudson rendered King’s Ferry largely irrelevant.

A month later, Major Henry Lee successfully carried out Washington’s orders to capture the British fortifications at Paulus Hook, a point south of Stony Point on the Hudson River. Washington hoped that the victories at Stony Point and Paulus Hook would halt the British raids and push Clinton into a defensive stance. Realizing that he had achieved none of his objectives for the Hudson River Campaign, Clinton decided to withdraw all of his troops back to Manhattan. Clinton’s 1779 campaign had failed; Washington and the Continental Army had prevented the British from cutting them off from the southern colonies and had halted British operations against American privateers and civilians who supported the rebel cause.

Willcox, William B. Portrait of a General: Sir Henry Clinton in the War of Independence. New York: Alfred A. Knopf, 1964.