Throughout George Washington's life, whether engaged in battle or observing his farms, he was frequently in the company of a horse. The excellence and confidence with which Washington rode was derived from a combination of practice and natural ability. Unlike many wealthy horse owners, Washington often checked the conditions of his horses personally and closely supervised the slaves who maintained the horses’ stables. During the American Revolution, Washington was gifted two horses, Nelson and Blueskin (sometimes written as Blewskin), who returned with Washington to Mount Vernon after the war.

Washington valued horsemanship from an early age, having learned the ways of an eighteenth-century gentleman from both his half-brother Lawrence and Virginia’s powerful Fairfax family, into which Lawrence married. Horsemanship--much like dancing and other forms of social etiquette--signified an important way of displaying one’s social position.

In 1746, at the age of fourteen, Washington began surveying lands in Virginia by horseback. During his work surveying for the Fairfax family and other clients, Washington kept detailed journals that often referenced his horses. In a journal entry written on March 20, 1748, while on a surveying expedition near a river in Maryland, Washington recorded that "we swam our horses over," illustrating the importance that horses in Washington’s early livelihood.1 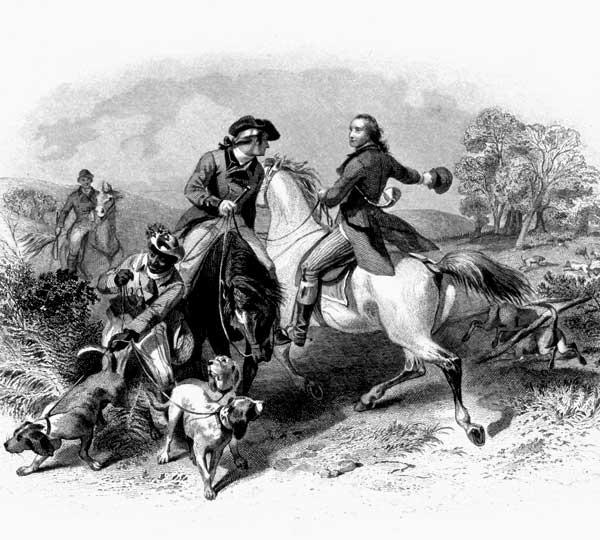 In August 1778, Brigadier General Thomas Nelson Jr., presented General Washington with a horse as a consolation for one lost during the early years of the Revolutionary War. In describing the horse, Nelson wrote that, "his value cannot be ascertain’d. He is now nine years old and of most excellent qualities."2 As promised, the horse--named Nelson after its original owner--was in prime condition and became General Washington’s primary horse for the duration of the Revolutionary War.

During the war, Benjamin and Elizabeth Dulany of Maryland also presented Washington with another strong, mature horse, named Blueskin. The Dulany's were friends of Washington's stepson John Parke Custis, and often visited Mount Vernon for dinner. During the war, Washington rotated between riding Nelson and Blueskin, to preserve each horse's health. At the end of the war, Washington wrote wistfully to Elizabeth Dulany that Blueskin displayed "marks of antiquity" that "supplied the place of those beauties with which this horse abounded—in his better days."3 Washington recognized the sacrifices the horses made on his behalf during the war. 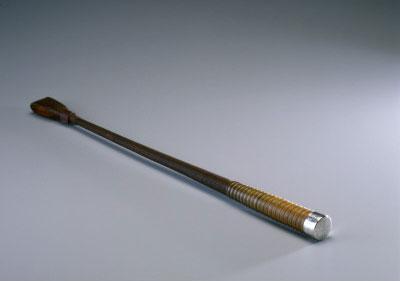 Following the Revolutionary War, Blueskin and Nelson were retired to Mount Vernon where they spent the remainder of their lives. Washington continued to keep detailed information on his horses, such as on November 18, 1785, when he "Took an Account of the Horses," listing each one by name and condition.4 Included were his most treasured equine companions, Nelson and Blueskin.

Washington would be remembered following his death for his acumen on a horse. Thomas Jefferson remembered the first President as being "the best horseman of his age, and the most graceful figure that could be seen on horseback," attesting to the lasting memory of the importance and level of Washington's horsemanship.5

Robert Hunter, Jr., "An Account of a Visit Made to Washington at Mount Vernon, by an English Gentleman, in 1785," The Pennsylvania Magazine of History and Biography (1893), 80.