George Weedon and George Washington were both members of the Fredericksburg Lodge No. 4, along with other influential Virginians. 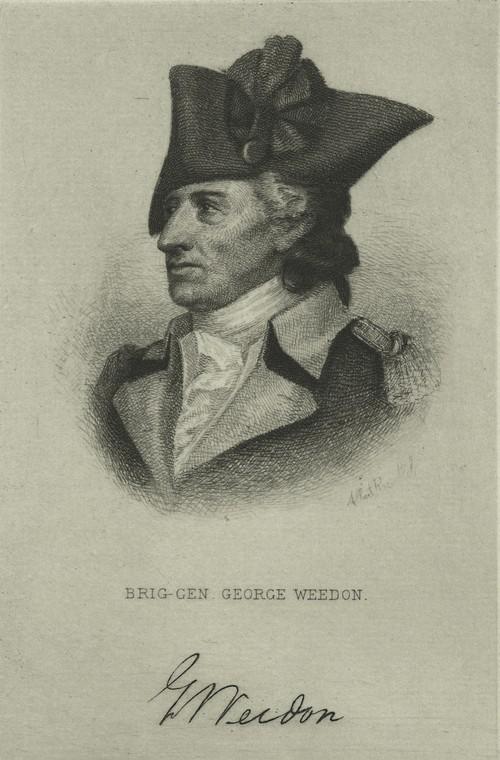 George Weedon kept an inn at Fredericksburg, Virginia, that was frequented by George Washington in the years between the French and Indian War and the American Revolution.1  Born in Westmoreland County, Virginia, in late 1734,2  Weedon was commissioned an Ensign in the Virginia Regiment by September 1755.3 He spent several years on garrison duty at various small forts in the Virginia and Pennsylvania hinterlands, and served well enough to merit promotions: first to Lieutenant on July 26, 17574 and then to Captain-Lieutenant in May 1762.5

Following the Seven Years' War, Weedon married Catharine Gordon, and took over management of a tavern in Fredericksburg, Virginia, that had previously belonged to his wife's parents. A traveling Englishman remarked that Weedon was "very active and zealous in blowing the flames of sedition," on the eve of the Revolutionary War.6  The Virginia Convention appointed George Weedon Lieutenant Colonel of the 3rd Virginia Regiment on January 12, 1776, which the Continental Congress ratified a month later on February 13, 1776.7 The unit was instrumental in protecting Virginia from attacks led by Lord Dunmore during the summer. Following the promotion of the commander of the 3rd Virginia Regiment, Weedon was promoted to the rank of Colonel and placed in command of the regiment on August 13, 1776.8 The unit marched northward and joined George Washington's main force in New York a month later. After the Battle of Trenton on December 26, 1776, Weedon had the honor of conducting the prisoners of war to Philadelphia. 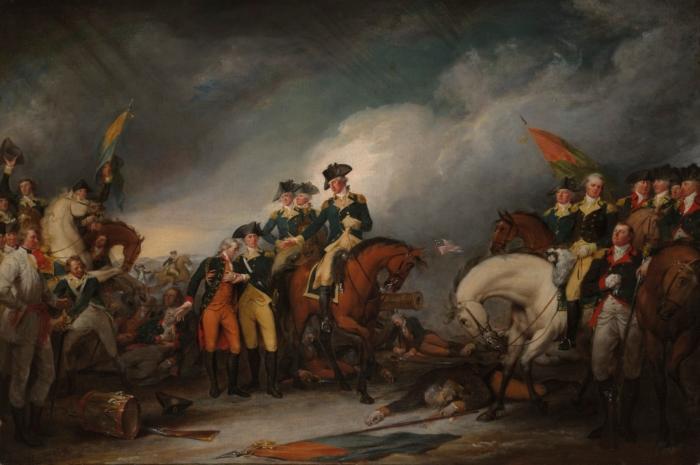 In January 1777, Washington tapped Weedon to serve as acting Adjutant General of the Continental Army.9 A month later, Weedon was promoted to Brigadier General on February 21, 1777.10 After many weeks working with George Washington, Weedon observed, "no other man but our present General,… could have supported himself under the many disappointments and disgraces he was subjected to from this singular system of carrying on a war against the most formidable enemy the world."11 Weedon commanded a brigade during the Battles of Brandywine and Germantown in the autumn of 1777. However, a year later he left active service in the spring of 1778, dissatisfied with the rearrangement of the Brigadier Generals of Virginia, but retained his commission.12 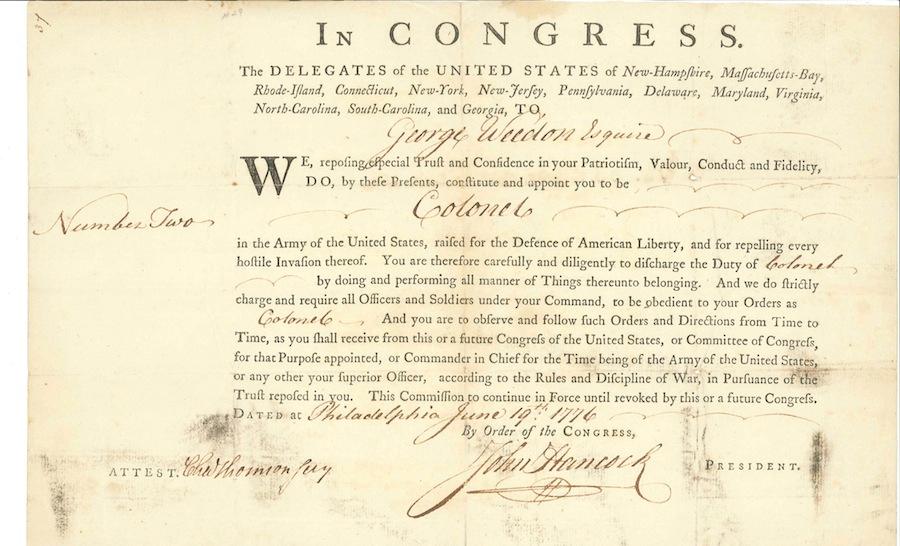 George Weedon returned to tavern keeping at Fredericksburg until he was called back into military service in mid-1780 to counter British incursions in Virginia.13  Weedon led the raising of men and supplies to assist the Marquis de Lafayette's division of light infantry operating in Virginia in the summer of 1781. During the Yorktown campaign, Weedon commanded a force of Virginia militia at Gloucester Point, successfully blocking an escape route for Lord Cornwallis. General Weedon resigned his commission in July 1783.

Weedon served as president of the Virginia state chapter the Society of the Cincinnati from 1784 to 1792. He was also active in civic affairs, serving as councilman from 1782 to 1787 and mayor of Fredericksburg in 1785. While President in 1792, Washington described Weedon as "Not supposed to be an Officer of much resource though not deficient of a competent share of understanding; rather addicted to ease & pleasure; & no enemy it is said to the bottle;. . ."14 After many years of suffering from gout, Weedon died at his home in Fredericksburg, Virginia two days before Christmas, 1793.15