At the start of Washington's second term in February 1793, France went to war with Great Britain and its allies. This set up a complex situation for the United States, recently having gained independence but still dependent on Britain for trade.

President George Washington signed into law the Judiciary Act of 1789 which established a six-member Supreme Court and the position of Attorney General - one of the landmark precedents set during Washington's administration. 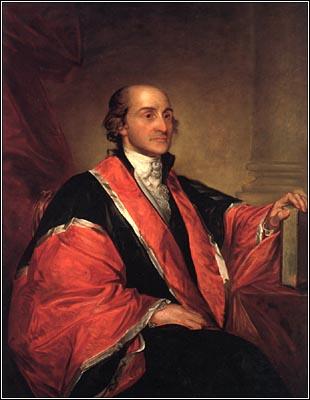 Article III of the Constitution specifically called for a Supreme Court and other inferior courts as Congress saw fit to establish. Once the new federal government began operation in the spring of 1789, the Senate immediately set to work drafting the legislation to create the federal judiciary.

Senators Oliver Ellsworth of Connecticut and William Paterson of New Jersey (both future Supreme Court Justices) were responsible for drafting the legislation and for leading the ensuing debates. President Washington signed the Judiciary Act into law on September 24, 1789 (the same day he submitted nominees for the Supreme Court to the Senate), thus creating the third branch of America’s three tired system of federal governance—executive, legislative, and judicial. The President shared his desires for the Court when he wrote to the Justices as a group in 1790: "I have always been persuaded that the stability and success of the National Government, and consequently the happiness of the people of the United States, would depend in a considerable degree on the interpretations and execution of its laws."1

In determining qualifications for Supreme Court nominees, President Washington noted that “in appointing persons to office, and more especially in the judicial department, my views have been much guided by those characters who have been conspicuous in their country.”2 Washington also felt, “In performing this part of my duty, I think it necessary to select a person who is not only professionally qualified to discharge that important trust, but one who is known to the public and whose conduct meets their approbation.”3

President Washington actively sought assurances of acceptance from potential nominees. He felt this the best way to avoid embarrassing situations from being played out in the press. As Washington wrote concerning the public relations behind his eventual Supreme Court personnel problems, “the resignation of persons holding that high office, conveys to the public mind a want of stability in that department, where it is perhaps more essential than in any other.”4

The vital role of the judiciary in Washington’s view was expressed to Thomas Johnson: “In assenting to the opinion that the due administration of justice is the strongest cement of good government, you will also agree with me that the first organization of the judicial department is essential to the happiness of our country.”5

Throughout his two terms, Washington had to contend with personnel and staffing issues on the Court. First among the Justices’ complaints was a mandate of the Judiciary Act of 1789 to travel a circuit to attend the circuit courts. This proved wearisome to the Justices due to the poor roads, poor lodging, and distances involved. In 1792, the Justices, as a group, wrote to the President concerning circuit riding: "We, really, sir, find the burthens laid upon us so excessive that we cannot forebear representing them in strong and explicit terms. …we cannot reconcile ourselves to the idea of existing in exile from our families…."6

A letter from Justice William Cushing to President Washington hints at the tribulations of eighteenth century travel. Cushing wrote, “The traveling is difficult this season…the snow of the 18th began, which fell so deep…as to oblige me to take a sleigh, and now again wheels….”7

The circumstances surrounding the two separate appointments of John Rutledge to the Supreme Court caused President Washington the most stress in terms of personnel matters. Rutledge had lobbied the President for the Chief Justice position from the start in 1789. When that position went to John Jay, Rutledge was appointed as the senior Associate Justice. Three years later, after the resignation of Chief Justice John Jay, Rutledge again lobbied the President for the position. This time, the President was more inclined to nominate Rutledge as chief. The issue 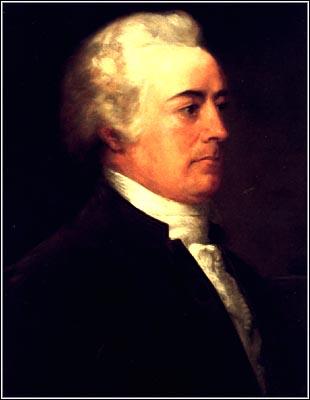 however was that Rutledge’s mental health had been progressively getting worse. The second issue occurred when Rutledge publicly spoke out against the Jay Treaty in 1795, angering Federalists, including Washington. Rutledge was unanimously rejected by the Senate.

The Supreme Court during the Washington administration was plagued with both domestic and international crises. The Whiskey Rebellion (1791-1794); The Jay Treaty (1794); and the Quasi War with France (1793-1801), being among the most protracted. In fact, the Justices were asked to comment in an extra-judicial manner on relations with France during the difficulties with French minister Citizen Genet and the President’s Neutrality Act. The Justices responded in August 1793, “The lines of separation drawn by the Constitution between the three departments of government—their being in certain respects checks on each other—and our being judges of a court in the last resort—are considerations which afford strong arguments against the propriety of our extra judicially deciding the questions alluded to.”8

The most significant case for the Supreme Court during the first two years, although not a case in the strict sense, was Hayburn’s case. Hayburn represented a milestone for the Court in the establishment of boundaries. The Justices had been tasked by the 1792 Invalid Pensions Act to take statements from veterans or their widows and orphans. The statements, per the Act, would then be reviewed by the Secretary of War. The Justices, without meeting as a group, all found this extra-judicial duty to be beyond the constitutional limits of their official work, especially given that a member of the executive branch was to review their work.