The Slave Memorial at Mount Vernon

The slave memorial at Mount Vernon, located on a bluff above the Potomac River approximately 50 yards southwest of George and Martha Washington's tomb, was dedicated on September 21, 1983. This sacred ground was used as a cemetery for slaves and a few free blacks who worked at Mount Vernon in the 18th and 19th centuries.

Slaves at Mount Vernon typically worked a six-day week where Sunday was generally the day off for everyone on the estate. Enslaved persons at Mount Vernon found a variety of ways to fill their time off from work.

Martha's views on slavery reflected the attitude of other women in her social class in Virginia at the time. Learn more about Martha's complex interactions with the institution of slavery. 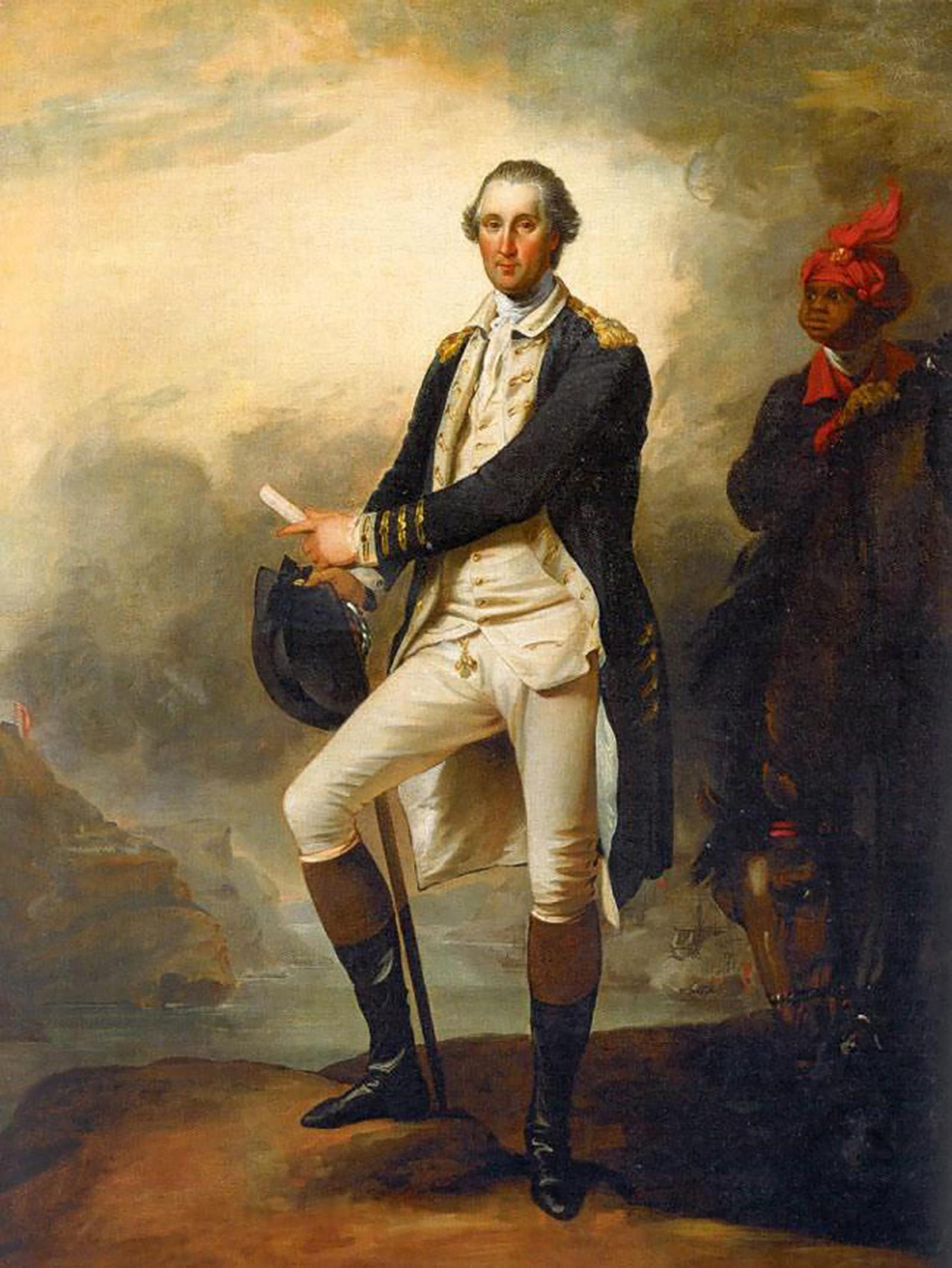 George Washington's views on the subject of slavery shifted over the course of his life. As a young boy, Washington grew up in a society that reinforced the notion that slavery was both right and natural. His parents and neighbors owned slaves. By the time of Washington's birth, slavery was an ingrained aspect of Virginia life for nearly a century and an indispensable part of the economic, social, legal, cultural, and political fabric of the colony. By the time George Washington took control of the Mount Vernon property in 1754, the population of Fairfax County was around 6,500 people, of whom a little more than 1,800 or about 28% were slaves of African origin. The proportion of slaves in the population as a whole rose throughout the century; by the end of the American Revolution, over 40% of the people living in Fairfax County were slaves.1

George Washington became a slave owner at the early age of eleven, when his father died and left him the 280 acre farm near Fredericksburg, Virginia where the family was then living. In addition, Washington was willed ten slaves. As a young adult, Washington purchased at least eight slaves, including a carpenter named Kitt who was acquired for £39.5. Washington purchases more slaves in 1755, four other men, two women, and a child.

It was after his marriage to Martha Dandridge Custis in January of 1759 that Washington's slaveholdings increased dramatically. His young bride was the widow of a wealthy planter, Daniel Parke Custis, who died without a will in 1757; her share of the Custis estate brought another eighty-four slaves to Mount Vernon. In the sixteen years between his marriage and the beginning of the American Revolution, Washington acquired slightly more than 40 additional slaves through purchase.2 Most of the subsequent increase in the slave population at Mount Vernon occurred as a result of the large number of children born on the estate.

Various sources offer differing insight into Washington's behavior as a slave owner. Richard Parkinson, an Englishman who lived near Mount Vernon, once reported that "it was the sense of all his [Washington's] neighbors that he treated [his slaves] with more severity than any other man."3

Conversely, a foreign visitor traveling in America once recorded that George Washington dealt with his slaves "far more humanely than do his fellow citizens of Virginia." It was this man's opinion that Virginians typically treated their slaves harshly, providing "only bread, water and blows."4

Washington himself once criticized other large plantation owners, "who are not always as kind, and as attentive to their [the slaves'] wants and usage as they ought to be."5 Toward the end of his life, he looked back on his years as a slave owner, reflecting that: "The unfortunate condition of the persons, whose labour in part I employed, has been the only unavoidable subject of regret. To make the Adults among them as easy & as comfortable in their circumstances as their actual state of ignorance & improvidence would admit; & to lay a foundation to prepare the rising generation for a destiny different from that in which they were born; afforded some satisfaction to my mind, & could not I hoped be displeasing to the justice of the Creator."6

Over the course of Washington's life, he gradually changed from a young man who accepted slavery as matter of course, into a person who decided never again to buy or sell another slave and held hopes for the eventual abolition of the institution. Probably the biggest factor in the evolution of these views was the Revolutionary War in which Washington risked his life, his family, a sizable fortune, and a stable future for freedom from England and some idealistic concepts about the rights of man. During the conflict, his views on slavery were radically altered. Within three years of the start of the war, Washington, who was then forty-six years old and had been a slave owner for thirty-five years, confided to a cousin that he longed "every day...more and more to get clear" of the ownership of slaves.7

During the war Washington traveled to parts of the country where agriculture was undertaken without the use of slaves. He also witnessed black soldiers in action, fighting bravely in the Continental Army. Within seven months of taking command of the army, Washington approved the enlistment of free black soldiers, which he and the other general officers had originally opposed.8

It was also during the war that Washington was first exposed to the views of the Marquis de Lafayette, who ardently opposed slavery. During the period between the end of the war and the start of his presidency, abolitionists began approaching Washington, seeking his support for their cause. Over and over again, he responded with his conviction that the best way to effect the elimination of slavery was through the legislature, which he hoped would set up a program of gradual emancipation, and for which he would gladly give his vote.

As he wrote to his friend Robert Morris in 1786, Washington hoped that no one would read his opposition to the methods of certain abolitionists, in this case the Quakers, as opposition to abolition as a concept: "I hope it will not be conceived from these observations, that it is my wish to hold the unhappy people, who are the subject of this letter, in slavery. I can only say that there is not a man living who wishes more sincerely than I do, to see a plan adopted for the abolition of it; but there is only one proper and effectual mode by which it can be accomplished, and that is by Legislative authority; and this, as far as my suffrage will go, shall never be wanting."9

Washington admitted to Lafayette, however, that he "despaired" of seeing an abolitionist spirit sweep the country. He confided to the younger man in 1786 that "some petitions were presented to the Assembly at its last Session, for the abolition of slavery, but they could scarcely obtain a reading. To set them [the slaves] afloat at once would, I really believe, be productive of much inconvenience & mischief; but by degrees it certainly might, & assuredly ought to be effected & that too by Legislative authority."10

While he never publicly led the effort to abolish slavery, Washington did try to lead by setting an example. In his will, written several months before his death in December 1799, Washington left directions for the emancipation after Martha Washington's death, of all the slaves who belonged to him. Washington was not the only Virginian to free his slaves at this period. Toward the end of the American Revolution, in 1782, the Virginia legislature made it legal for masters to manumit their slaves, without a special action of the governor and council, which had been necessary before.

Of the 317 slaves at Mount Vernon in 1799, a little less than half, 123 individuals, belonged to George Washington and were set free under the terms of his will. When Martha Washington's first husband, Daniel Parke Custis, died without a will, she received a life interest in one-third of his estate, including the slaves. The other two-thirds of the estate went to their children. Neither George nor Martha Washington could free these slaves by law and, upon her death they reverted to the Custis estate and were divided among her grandchildren. By 1799, 153 slaves at Mount Vernon were part of this dower property.

In accordance with state law, George Washington stipulated in his will that elderly slaves or those who were too sick to work were to be supported throughout their lives by his estate. Children without parents, or those whose families were too poor or indifferent to see to their education, were to be bound out to masters and mistresses who would teach them reading, writing, and a useful trade, until they were ultimately freed at the age of twenty-five.11 In December 1800, Martha Washington signed a deed of manumission for her deceased husband's slaves, a transaction which is recorded in the abstracts of the Fairfax County, Virginia, Court Records. The slaves would finally receive their freedom on January 1, 1801.12

The Digital Encyclopedia of George Washington invites readers to explore a variety of topics related to slavery, enslaved persons, and Washington's land. Use this link to find a list of entries pertaining to enslaved individuals, their lives and experiences, and the plantations where they worked.