The story of the garret chamber began in 1757 when George Washington was serving in the west. Simultaneously, Washington was also preparing for his retirement from military service and his return to Mount Vernon. With an eye to establishing himself as a proper gentleman and respectable member of society, Washington wrote to London requesting shipments of household goods. 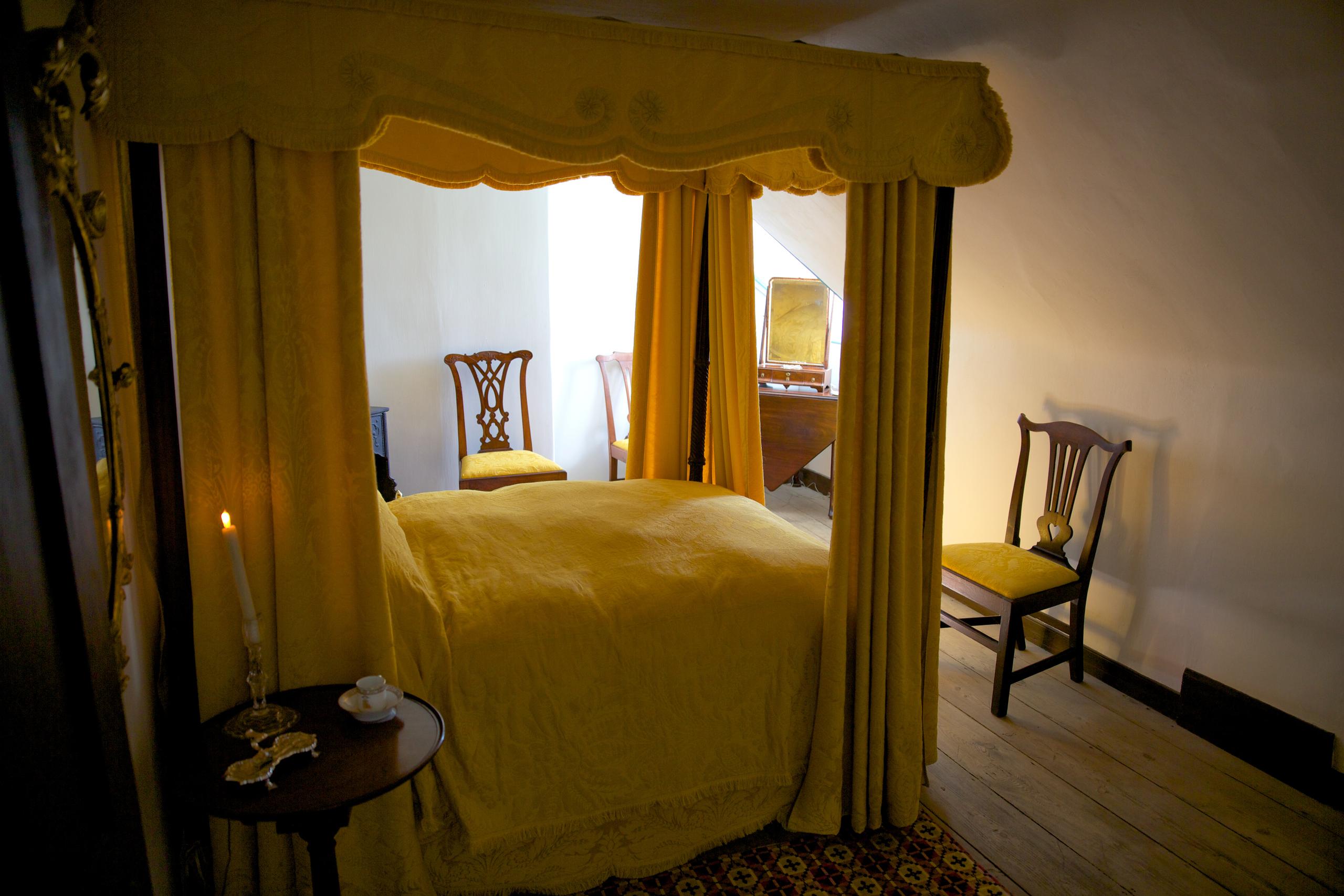 One shipment brought an elegant new bedchamber ensemble including "a bedstead with Mahogony Carv[e]d & fluted pillars for feet Posts, yellow Silk and Worsted Damask Furniture, lin[e]d with Tammy" and three pair of "Yellow Silk and Worsted Damask Window Curtains." Despite its elegant design elements, the bedchamber would, however, eventually become most renowned for its role in the life of Martha Washington.

On December 14, 1799, George Washington passed away at Mount Vernon in the second-floor bedchamber that the Washingtons shared for nearly twenty-five years of their forty-year marriage. The sudden death of her beloved husband devastated Mrs. Washington. Unwilling to remain in the bedchamber where her husband died, Martha Washington retreated to a third floor garret bedchamber that one visitor described as a "cramped attic space."

Martha Washington resided in the southwest garret bedchamber until her own death in May of 1802. Her life on the third floor was not unsocial or isolated. The garret rooms were vital living spaces for Mrs. Washington, her grandchildren, and great-grandchildren. Martha's grandson, George Washington Parke Custis is presumed to have occupied a bedchamber across from her, while another chamber identified as a nursery was likely used for the visiting children of her three married granddaughters, Martha, Eliza, and Nelly. The passage outside of the bedchambers was furnished with a leather couch and armchair and appears to have been used as a sitting room where Martha Washington and her family enjoyed a degree of privacy from the steady stream of visitors traveling through the more public spaces on the first and second floors.

At the time of Martha Washington's death, the inventory of "the Room Mrs Washington now Keeps" listed a bed, bedstead and mattress, oval looking glass, three chairs, a table, carpet, and fireplace equipment. The furnishings plan also called for a low post bedstead, table, carpet, and Windsor chairs. By the time of Martha Washington's death in 1802, the bedstead joined other English and mid-century furnishings on the third floor that had been displaced by more recent and fashionable additions to the first and second floors below.