You can learn more about music and dance during the 18th century.

The Bull-Finch is a songster in the collection of the Washington Library once owned by George and Martha Washington. 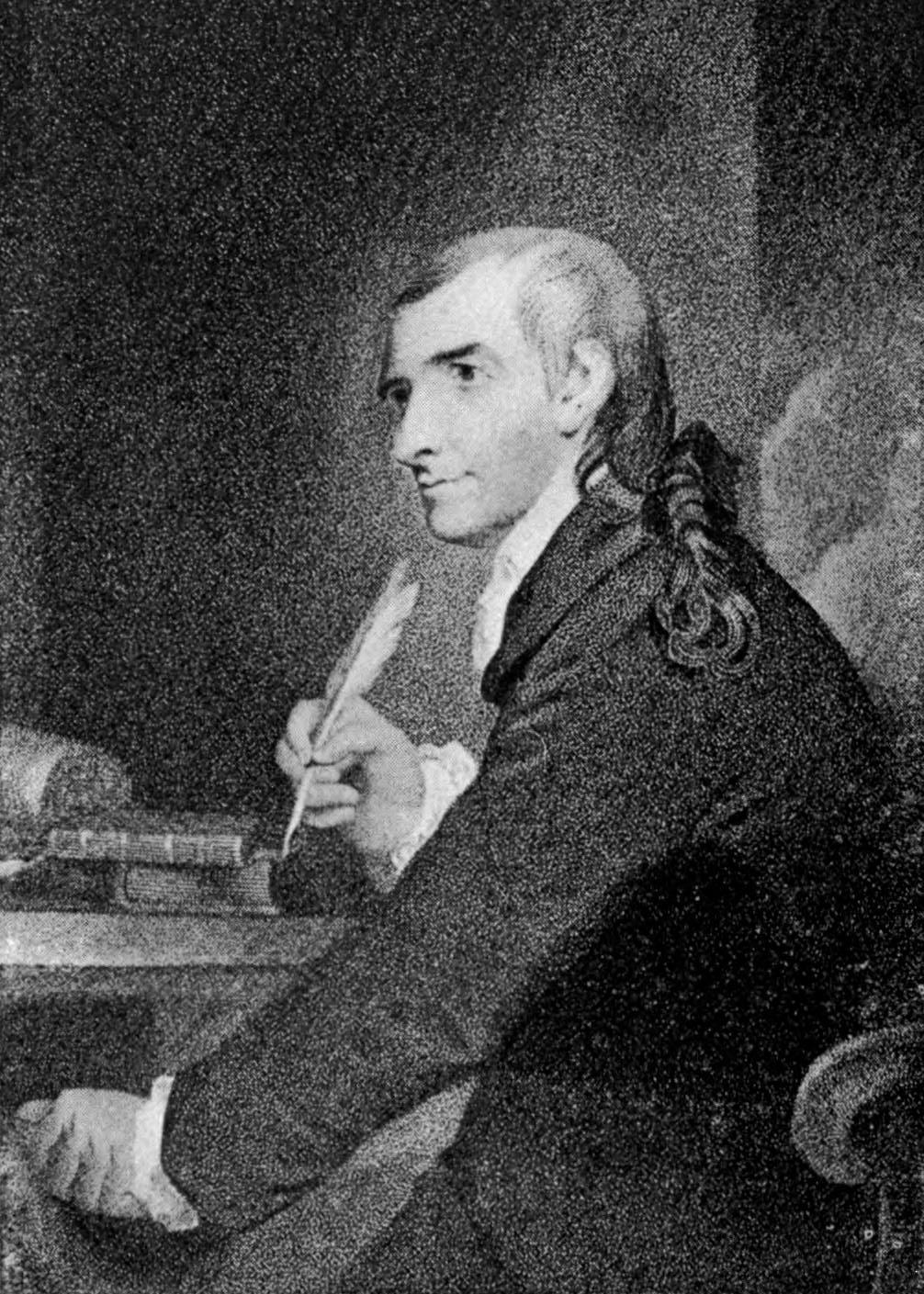 A lawyer, statesman, judge, scientist, and inventor, Francis Hopkinson was intimately involved in shaping and reporting upon America's pre-Revolutionary, Revolutionary and Constitutional eras.  Yet more important to the story of George Washington, Hopkinson's other diverse activities as poet, performer, arranger, and composer of music offer a personal and artistic view of these periods.  His music-related correspondence with Washington, together with the several pieces of music he composed for and about Washington, reveal how very important music was in terms of the prosecution of war, foreign diplomacy and the expression of elite sensibilities in later 18th-century America.

Over a hundred years ago the musicologist Oscar Sonneck came up with a label for Hopkinson and it has stuck -- he was a "Gentleman Amateur" musician.1  Like Jefferson and Franklin, Hopkinson practiced music for the love of it and as a member of the elite was not paid for such services.  He publicly performed at his own graduation ceremony, from the College of Philadelphia in 1757, and he nearly continuously wrote poems and songs through the years in which he passed the Pennsylvania bar (1761), served in the Continental Congress, signed the Declaration of Independence, and, from 1779 to the end of his life, served as a federal judge.  Hopkinson served for a time as church organist, corresponded with Thomas Jefferson regarding a new type of quill for harpsichords, and collaborated with the brothers James and Robert Bremner, in Philadelphia and London respectively, regarding the importation of music and instruments.  During his travels through Ireland and England in 1766-67 he interacted with other musicians and wrote home about performances there.  In addition to serving at the Constitutional Convention, Hopkinson co-chaired, with artist Charles Willson Peale, the committee to celebrate Pennsylvania's ratification of the Constitution, on July 4, 1788.  He wrote a rich and detailed account of this enormous, grand parade, having already composed an appropriate song "The Raising," described further below.2

When a student, Hopkinson composed and performed many miscellaneous odes and instrumental works at the College of Philadelphia.  He later arranged and had published two collections of sacred music, and had a psalm setting published in yet a third.  He was an organist, harpsichordist, and singer.3

During the Revolution Hopkinson composed the satirical "Battle of the Kegs" (1778),"4 and the more serious "A Toast" (1778), as well as the oratorio Temple of Minerva (1781)."  After peace, in 1788, he wrote a collection of 7 songs (8 songs, really; discussed below) and "The Raising: A Song for Federal Mechanics" which he wrote for the grand ratification parade in Philadelphia, July 4, 1788.  Rich in symbolism, this songs calls all American workers to construct a proud metaphorical edifice for the newly-ratified document, the penultimate verse declaring:

Come, raise up the turret, our glory and pride:

In the centre it stands, o'er the whole to preside;

The sons of Columbia shall view with delight

Its pillars and arches, and towering height:

For our roof we will raise, and our song still shall be,

In addition to several other minor works published, considerable music survives in Hopkinson manuscripts, ably surveyed by Gillian B. Anderson, along with her excellent analysis of Temple of Minerva.5

Benjamin Franklin, a close friend of Francis' father Thomas Hopkinson, died in 1790.  Just a year before his own death, Francis Hopkinson composed an "Ode--Sacred to the Memory of Dr. Franklin," which was performed then at the College of Philadelphia, his new lyrics based on the English tune "Flow Thou Sweet Afton."  This song became the first piece of music to be printed with musical notation in an American newspaper.6  Like Franklin, Hopkinson also wrote about music, a good example of which is his "On the Conduct of a Church Organ."7  Hopkinson would not live long enough to join the many other professional and amateur composers who honored Washington's death in 1799 by composing odes and dirges for him.

Other works attributed to Hopkinson, yet not proven to be his compositions, include "Gen. Washington's March (at the Battle of Trenton)" and one of several tunes going under the title "Washington's March."8

David and Ginger Hildebrand perform "At Toast" and "Ode on the Death of Franklin."

Outside their voluminous wartime correspondence, two extraordinary letters between Hopkinson and George Washington shed rare light on the first president's attitudes towards the arts.  Both letters concern the collection of songs Hopkinson wrote under the title Seven Songs for the Harpsichord or Forte Piano. The Words and Music Composed by Francis Hopkinson, which was published in Philadelphia in 1788 by T. Dobson, with a formal dedication to Washington.

Hopkinson begins the exchange on December 1st, 1788, with a flourishy letter from which the following important sentences are extracted:

Had I asked your Permission to compose, & dedicate to you a Book of Songs, you would, probably, have said—“Your Scheme is full of Inconsistency—You are neither a Poet nor a Musician, & yet you would write Verses & set them to Music—and you would dedicate your Work to me, knowing that I can neither play Musick nor sing Songs—you certainly mean that we should both be laugh’d at...

These Songs were composed occasionally for the Use of my Daughters, without any View to Publication. When I found they had accumulated to 7 or 8 Songs I thought of publishing them, from an Ambition of being recognized as the first Citizen of the United States who had produced a Work of this kind—And I dedicated my Work to you, because I love and respect you—And this is the Truth, the whole Truth, & nothing but the Truth so help me Apollo & the Nine Muses.

With my best Regards to Mrs Washington I am, Dear Sir Your sincerely affectionate Friend & humble Servant

We are told of the amazing powers of musick in ancient times; . . . . . If I before doubted the truth of their relations with respect to the power of musick, I am now fully convinced of their falsity, because I would not, for the honor of my Country, allow that we are left by Ancients at an immeasurable distance in everything; and if they could sooth the ferocity of wild beasts, could draw the trees and the Stones after them, and could even charm the powers of Hell by their musick, I am sure that your productions would have had at least virtue enough in them (without the aid of voice or instrument) to melt the Ice of the Delaware and Potomack , . . .

I can neither sing one of the songs, nor raise a single note on any instrument to convince the unbelieving, but I have, however, one argument which will prevail with persons of true taste (at least in America), I can tell them that it is the production of a Mr. Hopkinson.”10

Thus, in the words of Washington himself, and those of Hopkinson writing to him as well,  it is clear that despite his love of music, dance, and theatre George Washington was not musical.

Another connection between Francis Hopkinson and Washington exists through Hopkinson's son, Joseph.  Joseph Hopkinson wrote lyrics to "The President's March," a piece composed for Washington by captured Hessian Philip Phile, apparently for Washington's first inaugural. Joseph's lyrics were entitled "Hail, Columbia!" and this song became the unofficial national anthem of the United States mid-way through the 19th century.11

His friendship with George Washington was such that Hopkinson hoped the nation's first president would appoint him as chief court musician,12 but such an aristocratic position was not to materialize within the new experiment in nationhood, the United States.

1. This and most of the rest of this paragraph based upon Oscar C.G. Sonneck's groundbreaking Francis Hopkinson - The First American Poet-Composer (1737-1791) [published together with James Lyon - Patriot, Preacher, Psalmodist (1735-1794)] (Washington, DC: H.L. Queen, 1905), 9, 26-39.  Sonneck lays out Hopkinson's biography and accomplishments in great detail.  Few of the later works cited below challenge or add much to these findings.  Sonneck also helped keep alive the assertion that Hopkinson composed the nation's "First Art Song" a claim of continued debate today.

2. Francis Hopkinson's Account of the Grand Federal Procession, Philadelphia, July 4, 1788 (Old South Leaflets No. 230-231, ed. by Whitefield J. Bell, Jr.),  A "band of music" accompanied this parade, and on the same day free performances of a concert and an opera were offered in the city.  James R. Heintze.  Music of the Fourth of July - A Year-by-Year Chronicle of Performances and Works Composed for the Occasion, 1777-2008 (Jefferson, NC: McFarland and Co., 2009), 18-19.

5. Gillian B. Anderson "`The Temple of Minerva' and Francis Hopkinson: A Reappraisal of America's First Poet-Composer" Proceedings of the American Philosophical Society (vol. 120, no. 3, 1976), 173-77.  See also recording and score based upon this work, listed in this article's bibliography.  Verse to "The Raising" from Pennsylvania Gazette, February 6, 1788.

7. This informative advice about how an organist is to play tastefully, not lavishly, is reproduced in full in Sonneck, Francis Hopkinson, 59-62.

“I EMBRACE, with heart-felt satisfaction, every opportunity that offers of recognizing the personal Friendship that hath so long subsisted between us. The present Occasion allows me to do this in a manner most flattering to my Vanity; and I have accordingly taken advantage of it, by presenting this Work to your Patronage, and honouring it with your Name."

“It cannot be thought an unwarrantable anticipation to look up to you as seated in the most dignified situation that a grateful People can offer. The universally avowed Wish of America, and the Nearness of the Period in which that Wish will be accomplished, sufficiently justify such an Anticipation; from which arises a confident Hope, that the same Wisdom and Virtue which has so successfully conducted the Arms of the United States in Times of Invasion, War, and Tumult, will prove also the successful Patron of Arts and Sciences in Times of national Peace and Prosperity; and that the Glory of America will rise conspicuous under a Government designated by the Will, and an Administration founded in the Hearts of the people. . . . However small the Reputation may be that I shall derive from this Work, I cannot, I believe, be refused the Credit of being the first Native of the United States who has produced a Musical Composition. If this attempt should not be too severely treated, others may be encouraged to venture on a path, yet untrodden in America, and the Arts in succession will take root and flourish amongst us.

“I hope for your favourable Acceptance of this Mark of my Affection and Respect, and have the Honour to be Your Excellency’s most obedient, and Most humble Servant, F. HOPKINSON.”

11. Nelly Custis hand copied these new words on a sheet preserved at Harvard and reproduced in Judith S. Britt, Nothing More Agreeable: Music in George Washington’s Family (Mount Vernon, VA:  The Mount Vernon Ladies’ Association of the Union, 1984), 49.  "The Star-Spangled Banner" would not gain official status as the national anthem of the United States until 1931.