The Forbes Expedition of 1758 was the third attempt by Virginia Colonel George Washington to capture Fort Duquesne from the French. Located at the intersection of the Ohio River and the Allegheny River in present-day Pittsburgh, Pennsylvania, the fort served as a staging area for the French to conduct raids on British settlements during the Seven Years’ War (1756-63). Following defeats at the Battle of Fort Necessity in 1754 and the Battle of Monongahela in 1755 (where British General Edward Braddock had been killed), the third attempt to take Fort Duquesne was to be led by General John Forbes, a Scottish doctor turned soldier who was a veteran of the War of Austrian Succession (1740-48) and the Scottish Campaigns from 1745-46. Colonel George Washington commanded the 1st Virginia Regiment in what would be his final engagement while serving with the British Army. 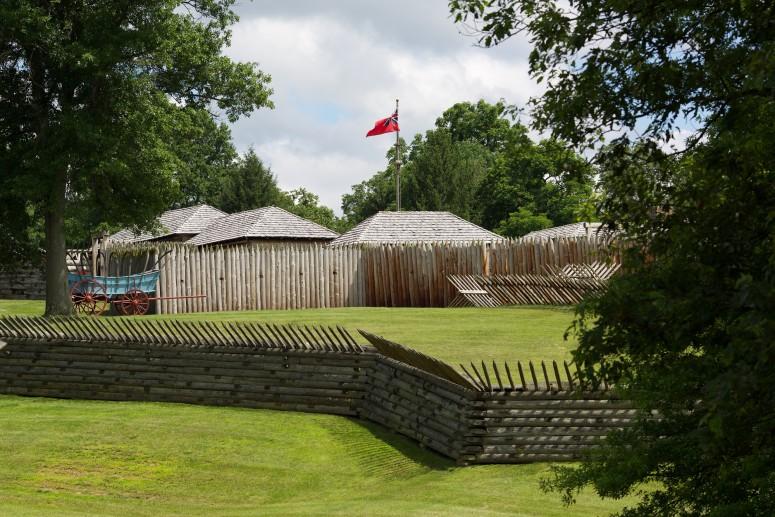 General Forbes commanded upwards of 6,000 men for the expedition, including 2,000 Regulars (mainly Highlanders), as well as Provincial units from Pennsylvania and Virginia, which made up the majority of his force. Pennsylvania and Virginia each had a large stake in the expedition, as both colonies wanted to control the trade from the Ohio River Valley after hostilities had ceased. Members of the Cherokee and Catawba tribes also lent their support in exchange for frequent gifts from the British, though most would desert over the course of the expedition.

Instead of marching to Fort Duquesne using Braddock’s route by way of Fort Cumberland, Forbes decided to advance directly west toward the fort. The new route shortened the march by more than thirty-five miles, but it required creating an entirely new road. On July 2, 1758, Washington garrisoned with his regiment at Fort Cumberland and promptly engaged his men in constructing a road to Raystown, which was thirty-five miles to the northwest. On July 24, Washington received word of Forbes’s plan to advance directly on Fort Duquesne. The plan did not sit well with Washington because of the labor that a new road would require. In addition, he had earlier warned that the Native warriors would not aid the British if they took any road other than Braddock’s. On July 25, Washington wrote to Forbes’s second in command, the Swiss- born Colonel Henry Bouquet, to complain that "a Road comparable to Braddock's (or indeed fit for any Service at all even for carrying Horses) cannot be made."

On August 2, Washington wrote to Bouquet again and explained in excruciating detail why building a new road was militarily unwise. In a letter to Major Francis Halkett, written the same day, Washington exclaimed "If Colo. Bouquet succeeds in this point with the General, all is lost! All is lost by Heavens!" Unfortunately for Washington, his letter to Halkett made its way to General Forbes, and much of Washington’s regiment was ordered to Raystown to assist in the construction of the new road.

Washington joined his men after being summoned to Raystown on September 15, just days after the Virginia House of Burgesses voted to limit Virginia's contributions to the campaign until the end of the year, largely due to Washington’s complaints. Forbes soon began a steady advance toward the forks despite supply shortages, disease, and inclement weather. According to Washington, morale among the Virginians fell after an ill-fated assault by Major James Grant in late September resulted in 300 casualties on the British side, including six Virginia officers. Only the heroic actions of Virginia Captain Thomas Bullitt prevented complete disaster for the British.

On October 12, the French struck Forbes's army at Loyalhanna, which was roughly forty miles from Fort Duquesne, with a force that largely consisted of French Canadians and Natives. The British were forced back into their fortifications, and the French withdrew that night after killing two officers and killing or capturing sixty other soldiers. Two days later, the main British force advanced from Loyalhanna following an order of battle that Washington produced for Forbes. During the advance, Forbes halted to allow Moravian missionary Christian Frederick Post time to appeal to Native American villages of the Ohio River Valley to join the British or at least stay neutral. Post succeeded, as many Indians had become frustrated with the French at Fort Duquesne and deserted their wartime ally. Others heeded Post's promise that the British would stay out of the land west of the Appalachians and agreed to remain neutral during the battle.

The last major action of the Forbes Expedition took place on the night of November 12, when a force of thirty French-Canadians and 140 Native Americans attacked British troops guarding a horse herd. Forbes sent Washington's regiment and then Colonel George Mercer's troops towards the gunfire. Mercer's men moved in an arc behind the French positions as Washington's men advanced. The events of that night are murky, but it is likely that Mercer's advance guard opened fire on Washington's men after mistaking them for the enemy. Washington realized that the colonials were firing on each other and reportedly rode his horse down the line and hit up the muskets of his men with his sword to stop their firing. The incident left thirty-five soldiers and two officers dead, but could have turned out much worse without Washington's action.

The French garrison of Fort Duquesne was in poor condition by late November 1758. Tribal allies had deserted the French, rations were low, and the walls of the fort were rotting away. Once Forbes caught wind of the French dilemma, he immediately dispatched three brigades to advance on the fort. Washington was to lead one of those brigades. The French, under the command of Captain François-Marie Le Marchand de Lignery, would not give the British the satisfaction of taking the fort. On November 24, the French burned down the fort and escaped with roughly 500 men. Washington and the others discovered the smoldering ruins the following day. With the forks in British hands, and their Native American allies deserting them, the French presence in the Ohio River Valley suffered a mortal blow. Washington resigned his command of the Virginia Regiment shortly thereafter, disappointed that he never received the commission in the British Army.

Washington in the French & Indian War

Learn more about the pivotal role that George Washington played during the French & Indian War.