Explore the Naturalization Act of 1790, one of the pieces of legislation called for in George Washington's first State of the Union.

On January 8, 1790, President George Washington delivered the very first Annual Message to a Joint Session of Congress (now known as the State of the Union address), in the Senate chamber of Federal Hall in New York City.1 The address fulfilled Article II, Section 3, Clause 1 of the U.S. Constitution, which states that the President, “shall from time to time give to the Congress Information of the State of the Union, and recommend to their Consideration such Measures as he shall judge necessary and expedient.”2 Though a routine political tradition today, Washington's address represented a milestone in the long and difficult process of implementing and interpreting the Constitution, defining the respective roles of the three branches of government, and forging the political basis of a unified national identity.

Washington was acutely aware that as the nation’s first president, he was setting precedents by defining the role of an elected national leader for citizens and legislators who were wary of executive power.3 As the single most visible figure in the new government, Washington had to define what it meant to be a president rather than a king, while infusing the office of the presidency with dignity, symbolism, and ceremony that would be appropriate in a republic. The entire nation scrutinized Washington’s every action, from his choice of clothing to his interactions with Congress.4 He was well aware of the importance of his actions. “I have no conception of a more delicate task, than that, which is imposed by the Constitution on the Executive," he wrote, adding, "So necessary is it, at this crisis, to conciliate the good will of the People: and so impossible is it, in my judgment, to build the edifice of public happiness, but upon their affections.”5

This understanding caused Washington to take a cautious, deferential tone in the first few months of his dealings with Congress, especially in interactions as public as the constitutionally mandated addresses. His first inaugural address, delivered on April 30, 1789, included no specific recommendations, and instead called for general cooperation to ensure the success of the newly formed government.6 Nine months later, in his first State of the Union address, Washington gently introduced more specific goals and showed a stronger sense of leadership but still refrained from direct demands or mandates lest he be perceived as too monarchical.7 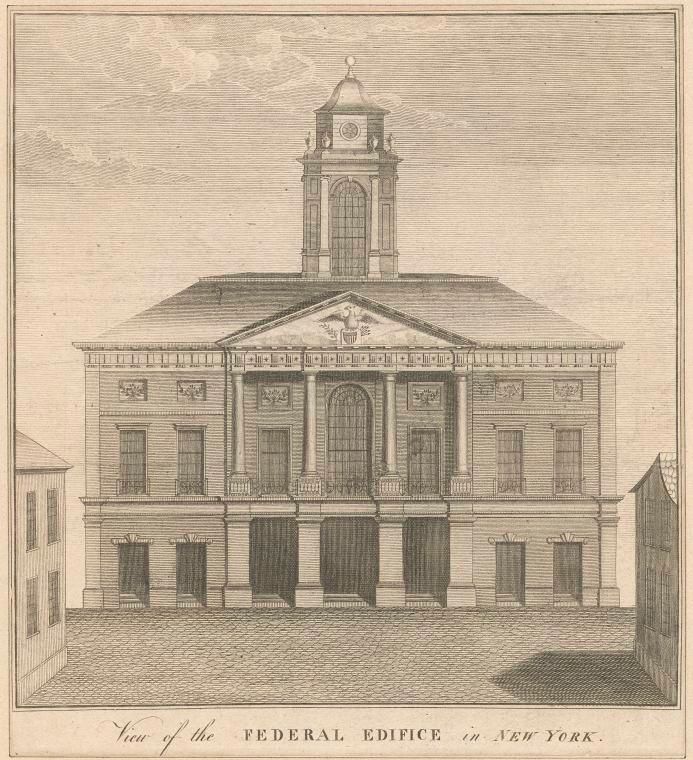 Washington’s address was a precisely calibrated political statement. The president was positive and encouraging, even as he subtly sought to direct the actions of Congress. He opened by congratulating the Senate and House on the recent addition of North Carolina to the Union, and “the rising credit and respectability of our Country—the general and increasing good will towards the Government of the Union—and the concord, peace and plenty, with which we are blessed.”8 He then immediately turned to an issue he believed was of particular importance, though potentially controversial: establishing a standing army. Connecting the continuation of the “peace and plenty with which we are blessed” with the need for a regular army, Washington asserted that “providing for the common defence will merit particular regard. To be prepared for war is one of the most effectual means of preserving peace.”

The president went on to outline what he saw as the republic's most important challenges. He argued pointedly that Congress should fund and support efforts to protect the interests of the United States in foreign affairs.9 He encouraged Congress to consider key domestic issues including immigration, the establishment of a national currency and standard of weights and measures, and the establishment of a post office and system of education.

Washington concluded by addressing two particularly divisive fiscal issues: establishing the public credit and repaying the public debt. By addressing these topics publicly, he sought to impel Congress to act.10 With several months in office behind him, Washington was more comfortable and confident than when he had addressed the Congress at his inauguration. He was now able to reinforce his recommendations to Congress by offering to direct members of his Cabinet to provide, “such papers and estimates as regard the affairs particularly recommended to your consideration.”11

Washington’s address apparently found the proper balance between strong executive leadership and respect for legislative power. His address garnered favorable official responses from the Senate and the House, both of which promised to consider the president's recommendations as soon as possible.12 The response from the press was also favorable. Many newspapers reprinted the entire address for the public and commented positively on details such as the President’s “elegant” clothes of American manufacture.13 Senator William Maclay who wrote one of the few surviving firsthand accounts of Washington's address recorded in his diary that, “The President was dressed in a second Mourning, and . . . read his speech well.”14 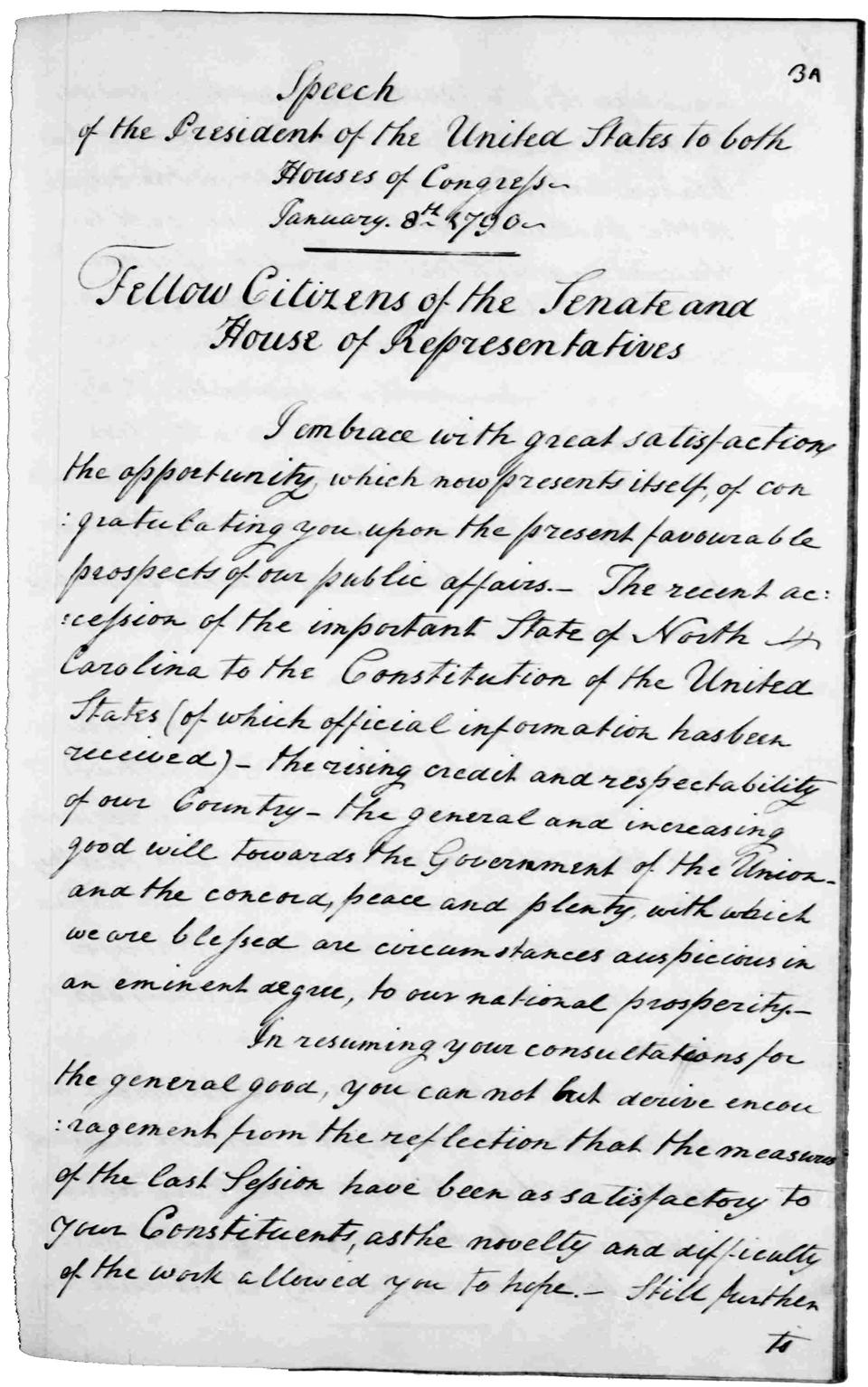 In the later years of his presidency, Washington and his administration would face severe criticism, but this early positive beginning helped to solidify the authority of the U.S Constitution and thereby preserve the American experiment in self-government. Washington’s careful restraint and respect for separation of powers eased fears of executive tyranny, and laid a firm foundation for both the office of the presidency and the new national government. The first Annual Address successfully reassured both Congress and an anxious citizenry that their government was competent and that the state of the Union was hopeful.

2. Constitution of the United States of America, National Archives.

11. Washington, "State of the Union Address."

13. “From George Washington to the United States Senate and House of Representatives, 8 January 1790.”

Ferling, John E. A Leap in the Dark: The Struggle to Create the American Republic. New York: Oxford University Press, 2003.