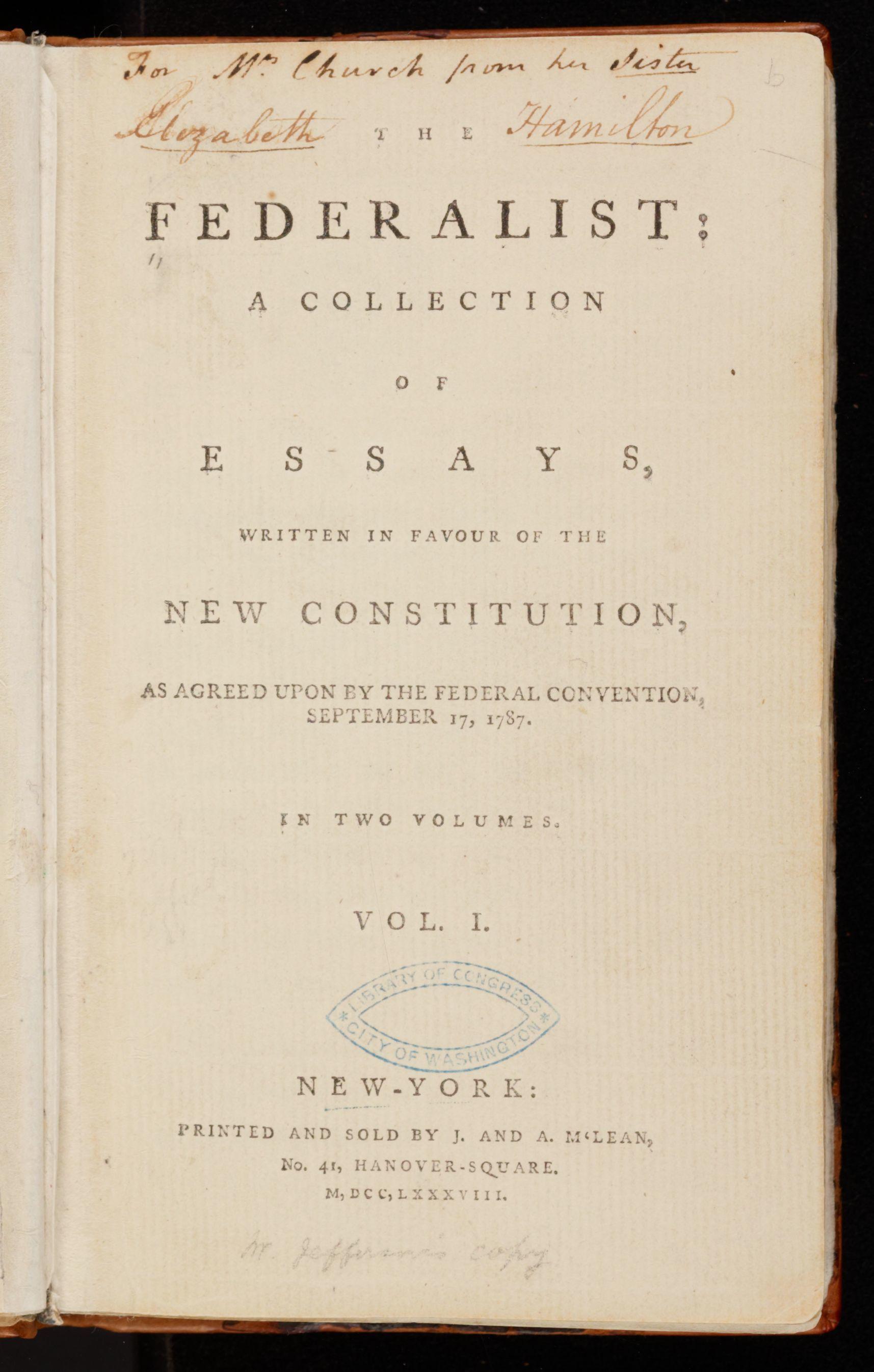 Known before the twentieth century simply as The Federalist, The Federalist Papers were a series of eighty-five essays written by James Madison, Alexander Hamilton, and John Jay under the pseudonym "Publius." The essays were written between October 1787 and August 1788, and were intended to build public and political support for the newly constructed Constitution which was sent to the States for ratification in September 1787, following the Constitutional Convention in Philadelphia.

George Washington was sent draft versions of the first seven essays on November 18, 1787 by James Madison, who revealed to Washington that he was one of the anonymous writers. Washington agreed to secretly transmit the drafts to his in-law David Stuart in Richmond, Virginia so the essays could be more widely published and distributed. Washington explained in a letter to David Humphreys that the ratification of the Constitution would depend heavily "on literary abilities, & the recommendation of it by good pens," and his efforts to proliferate the Federalist Papers reflected this feeling.1

Washington was skeptical of Constitutional opponents, known as Anti-Federalists, believing that they were either misguided or seeking personal gain. He believed strongly in the goals of the Constitution and saw The Federalist Papers and similar publications as crucial to the process of bolstering support for its ratification. Washington described such publications as "have thrown new lights upon the science of Government, they have given the rights of man a full and fair discussion, and have explained them in so clear and forcible a manner as cannot fail to make a lasting impression upon those who read the best publications of the subject, and particularly the pieces under the signature of Publius."2

Although Washington made few direct contributions to the text of the new Constitution and never officially joined the Federalist Party, he profoundly supported the philosophy behind the Constitution and was an ardent supporter of its ratification.

The philosophical influence of the Enlightenment factored significantly in the essays, as the writers sought to establish a balance between centralized political power and individual liberty. Although the writers sought to build support for the Constitution, Madison, Hamilton, and Jay did not see their work as a treatise, per se, but rather as an on-going attempt to make sense of a new form of government.

The Federalist Papers represented only one facet in an on-going debate about what the newly forming government in America should look like and how it would govern. Although it is uncertain precisely how much The Federalist Papers affected the ratification of the Constitution, they were considered by many at the time—and continue to be considered—one of the greatest works of American political philosophy.

Adam Meehan
The University of Arizona

Furtwangler, Albert. The Authority of Publius: A Reading of the Federalist Papers. Ithaca: Cornell University Press, 1984.