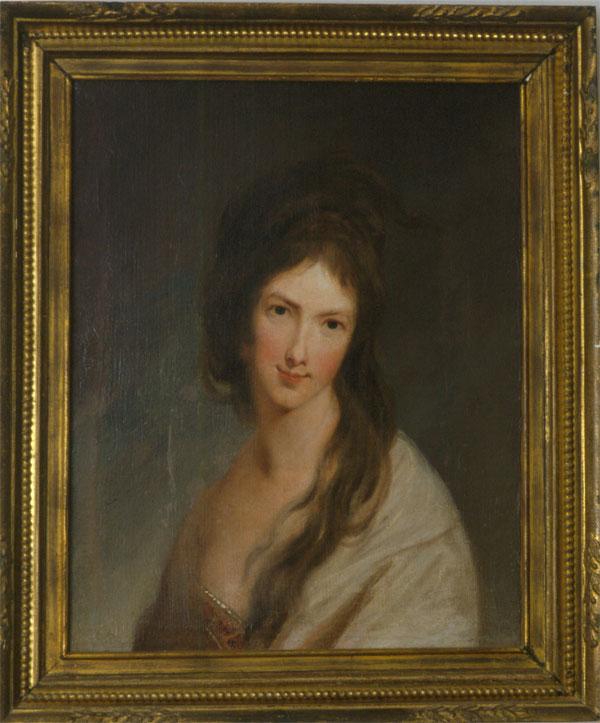 Frances "Fanny" Bassett was Martha Washington's niece, the daughter of Anna Maria Dandridge and her husband Burwell Bassett. After the death of Anna Maria in 1777, Martha Washington offered to take Fanny into the Washington household, writing to her grieving brother-in-law on December 22 that "my dear sister in her life time often mentioned my taking my dear Fanny if she should be taken away before she grew up -- If you will lett her come to live with me, I will with the greatest pleasure take her and be a parent and mother to her as long as I live."1

However, as a result of the Revolutionary War and perhaps Colonel Bassett's reluctance to part with his daughter, it was not until the mid-1780s after George and Martha Washington returned to Mount Vernon, that Fanny would live at Mount Vernon on a regular basis.

Fanny soon won the heart of George Washington's favorite nephew George Augustine Washington and the two were married at Mount Vernon on October 15, 1785. The couple made their home at Mount Vernon where they raised several children and helped George and Martha Washington manage the plantation and entertain the hundreds of guests who came to visit each year.

Bassett was very much a second daughter to Martha Washington whose daughter Patsy had died in 1773 at the young age of seventeen. In fact, Martha Washington confided in a letter to one of her friends Elizabeth Willing Powel of Philadelphia, that Fanny "is a child to me, and I am very lonesome when she is absent."2 Following the death of George Augustine Washington in 1793, Bassett subsequently married George Washington's friend and secretary Tobias Lear. The marriage, however, was short-lived as Fanny passed away a few years later in March of 1796.